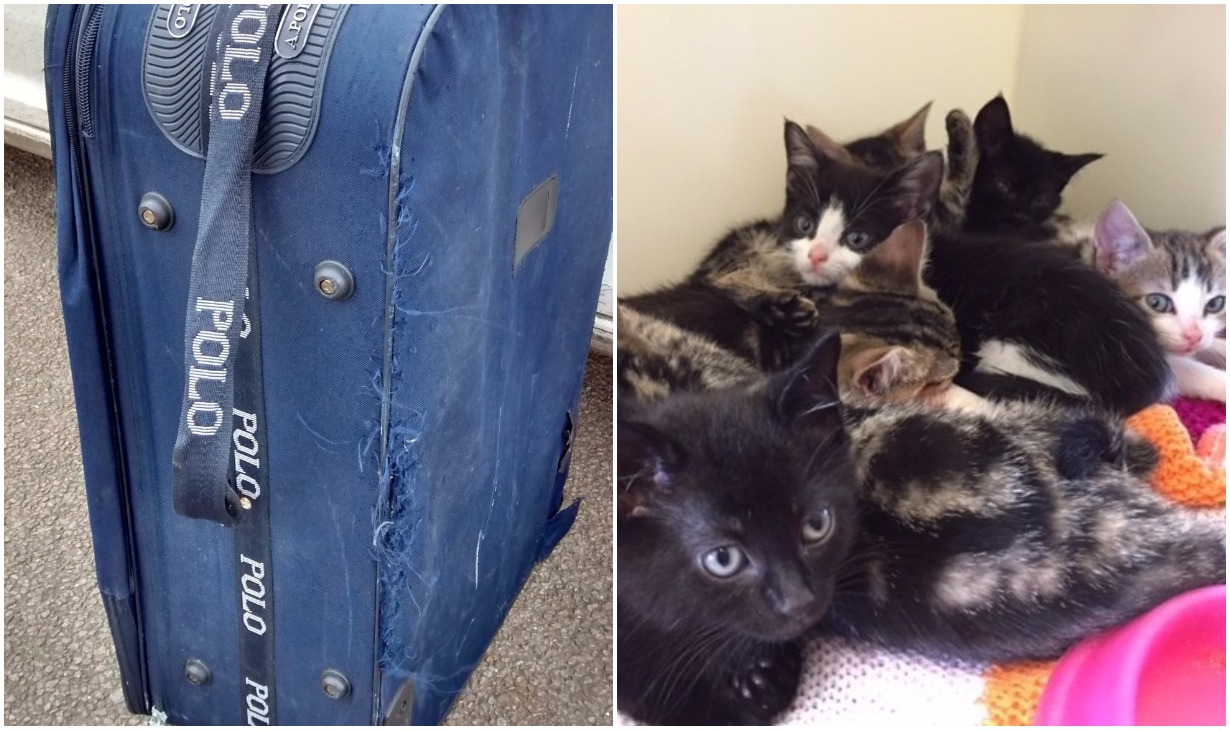 Unattended baggage can start ringing alarm bells in a lot of people’s heads when they happen upon it at transportation hubs. More often than not, it’s nothing serious, but you can’t fault people for being concerned.

What one woman discovered inside an old, discarded suitcase abandoned on a train platform in rural England, however, was trouble of another sort. While she initially brushed it off, her dog was intent on taking a closer look.

A woman was walking her dog one day in England when she came across an old, tattered looking suitcase that was left in the middle of abandoned train tracks.

The woman didn’t even think to check inside the suitcase, but her dog wouldn’t stop sniffing it. When the woman got closer, she began hearing meows coming from inside of it. 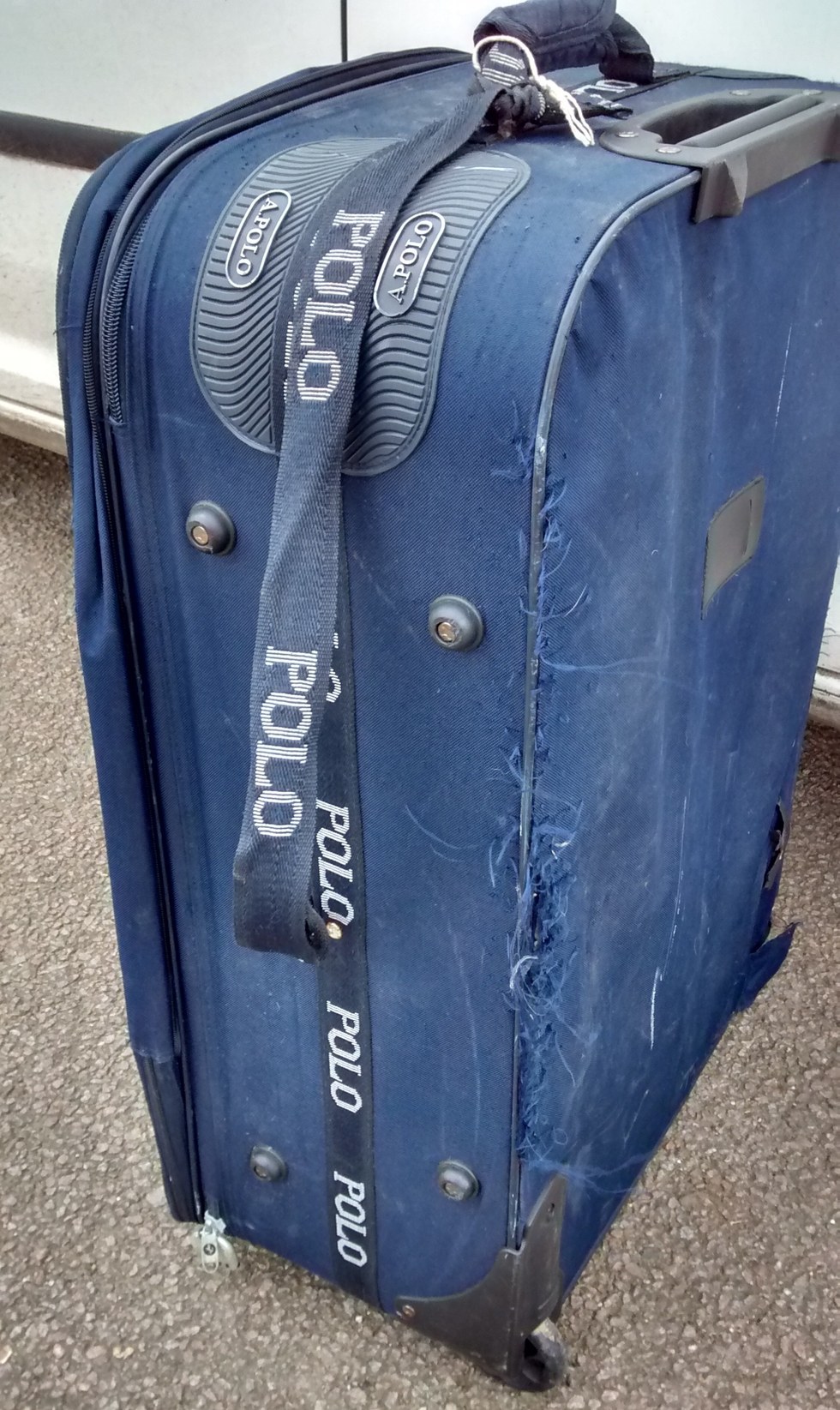 She quickly unzipped it to find a mother cat and her eight kittens. Taken aback, the woman knew she had to do something to help these cats. She took them all home with her and called the RSPCA for assistance. 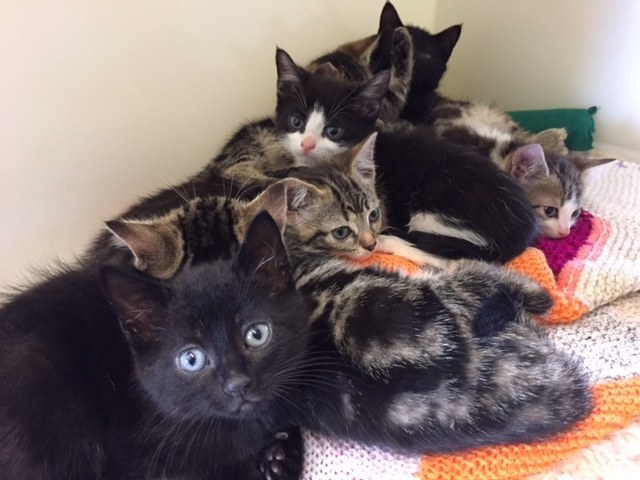 The cats were extremely thin and malnourished, and the five-year-old mother cat, later named Tarini, was very dehydrated. The RSPCA agreed to take the cats in. The mother cat was rushed to the intensive care unit of a local vet, while her kittens were kept at the RSPCA center. Tarini was eventually reunited with her babies and is now doing much better. The five-week-old kittens were given food and showered with love and are also doing well. RSPCA staff named them after the cats in the movie The Aristocats: Toulouse, Tiny Tim, Scat Cat, Berloiz, Alli, Duchess, Marie and Eve. 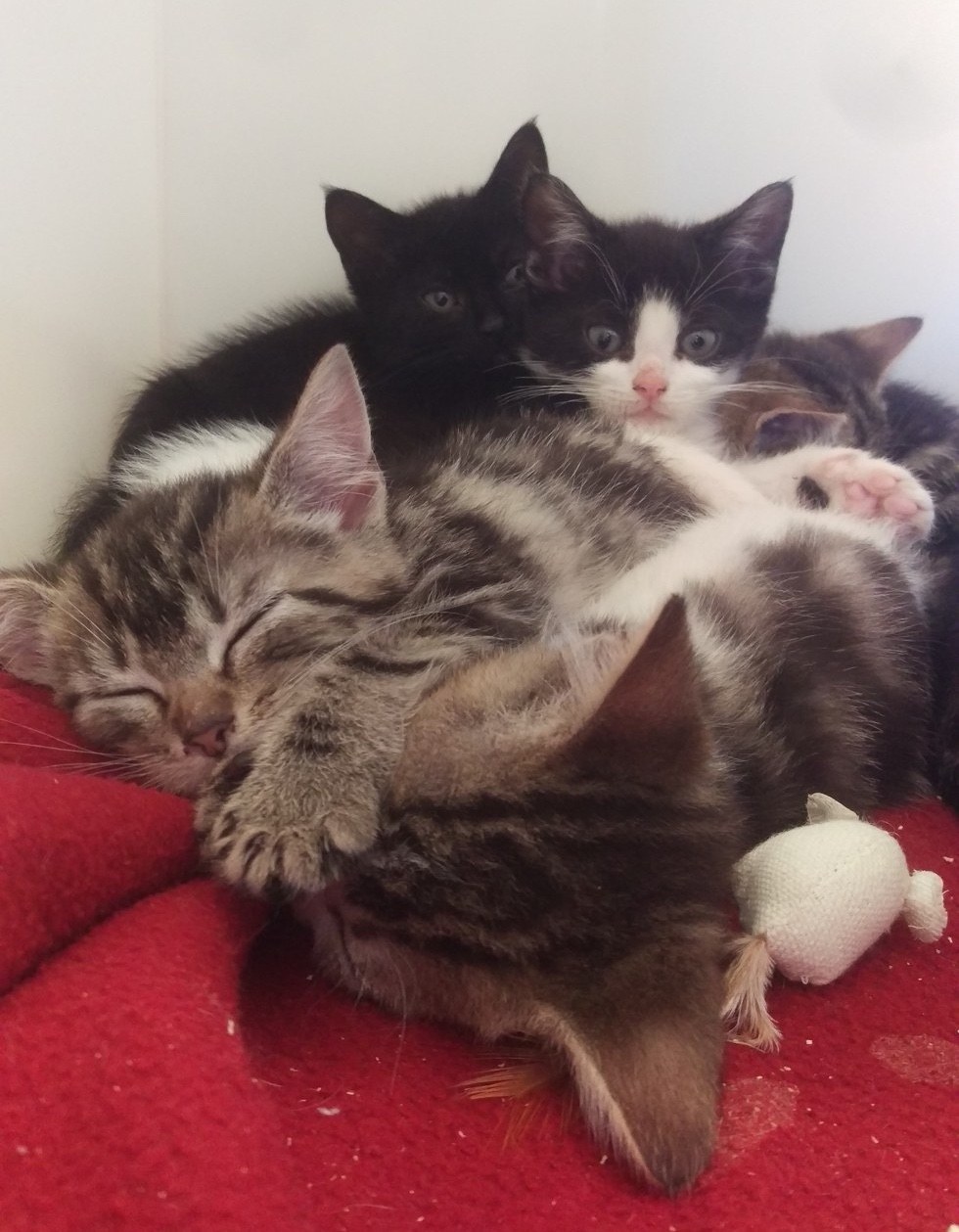 Once the kittens are old enough, they will be put up for adoption. But in the meantime, they will still be nursing from mom and enjoying their time together as a family.

The RSPCA is hoping that the kittens will be ready for their forever homes soon, and anyone who is interested in helping can learn more by going to this page. Share this unusual rescue with your friends below!