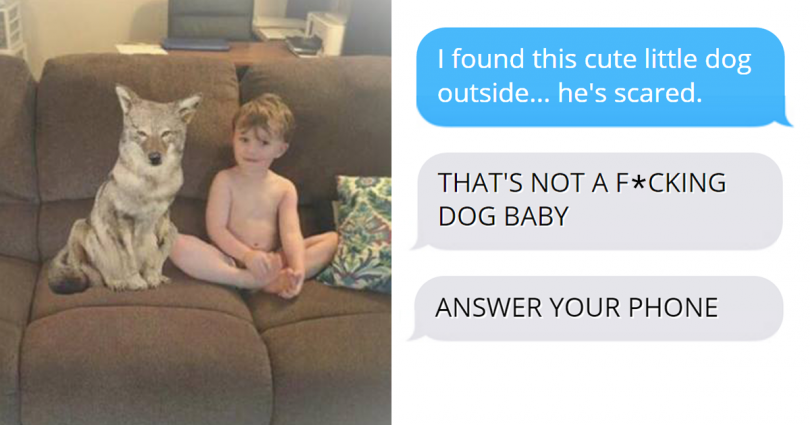 I love animals, but there’s a part of me that feels bad about keeping them as pets. The thought of taking a cute lil’ puppy or kitten away from it’s mom and siblings doesn’t sit well with me. It might be an exaggerated reaction to something that’s perfectly normal, but in reality it doesn’t change the fact that I really want to have a little corgi running around the house, playing with my son.

So if I happened to come home one day and my wife surprised the family with a pet, I wouldn’t be mad.

Recently This wife texted her husband Justin that she had found a cute little puppy lost and wandering outside the house. She also told him she was planning to keep him and sent a photo of the animal curled up on the couch to Justin. When Justin saw the picture, he was shocked and flipped. Their ensuing heated text messages have gone viral on the net and are hilarious.

She tells her partner about the puppy she found

After finding the puppy, Kayla takes it in allows it to curl up on the couch and then texts her partner Justin about the animal. Take a look at the text. 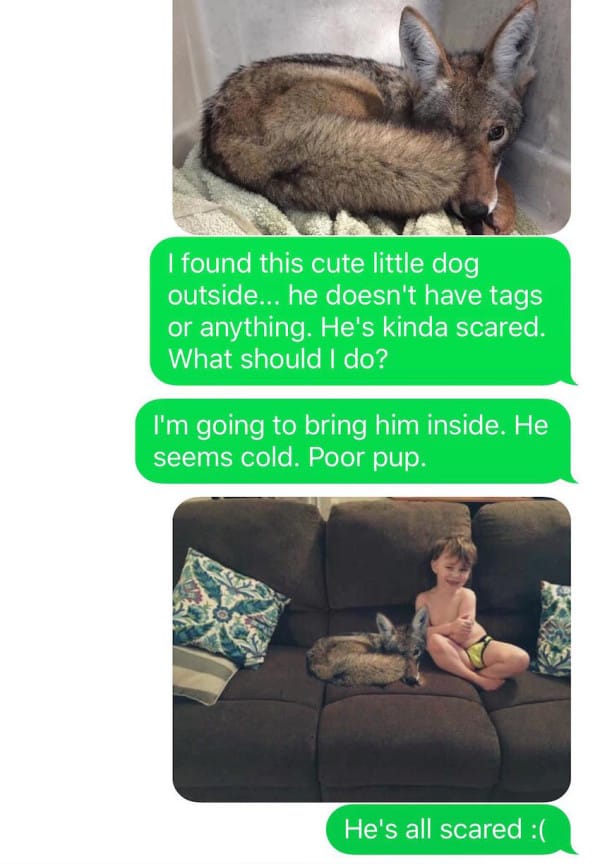 And he goes crazy

When Justin sees the photo, he goes crazy because that certainly doesn’t look like a puppy dog to anyone. It looks like a coyote baby. A crazy Justin then responds. 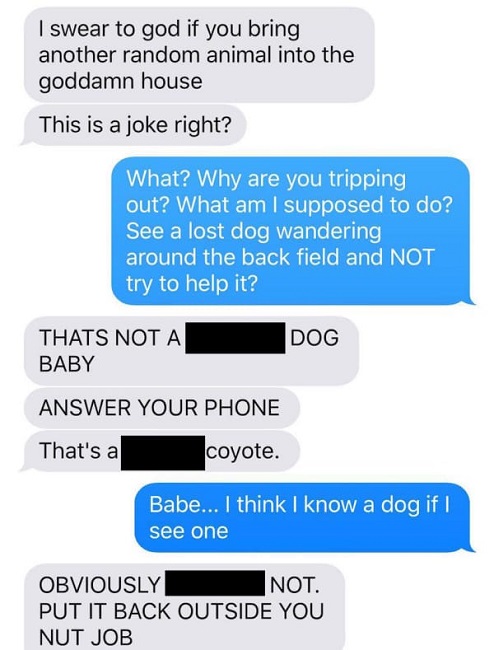 She sends him a picture of the puppy with her son’

Kayla is enjoying herself. She sends a picture of the animal with her son on the sofa. She also asks him if she can keep it.

She carries on lobbying for the animal 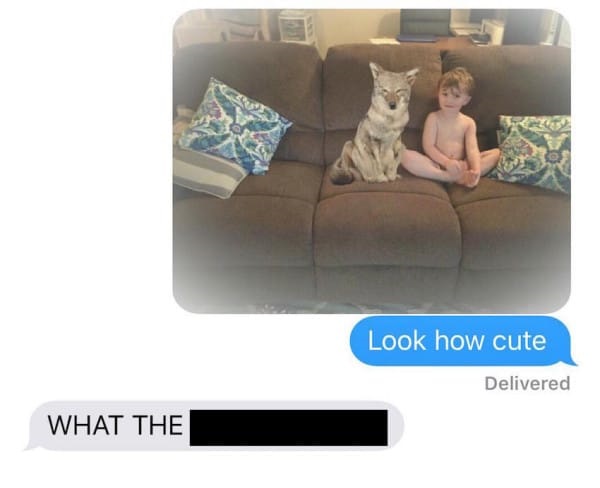