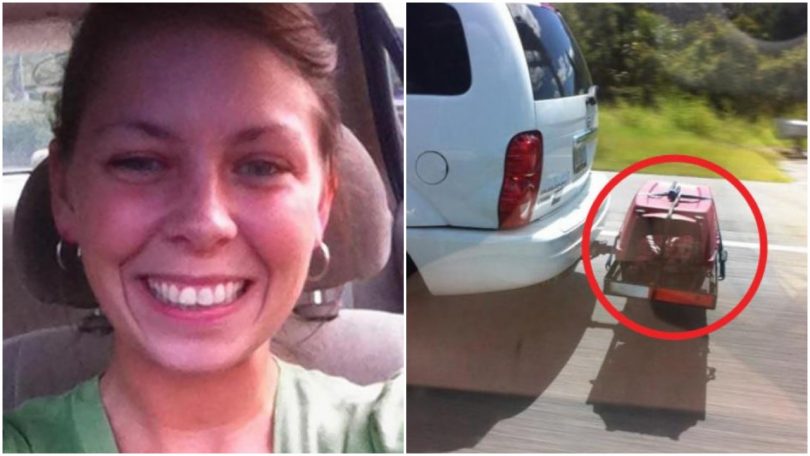 Imagine you’re driving down the highway, when all of a sudden you see a small crate with wheels being pulled behind an SUV. “Is that a dog’s crate you?” you wonder. “Surely there can’t be a dog in it, we’re traveling 70 mph in 94 degree heat!” But when you pull up closer, sure enough you see it. There’s a dog in that create!!! 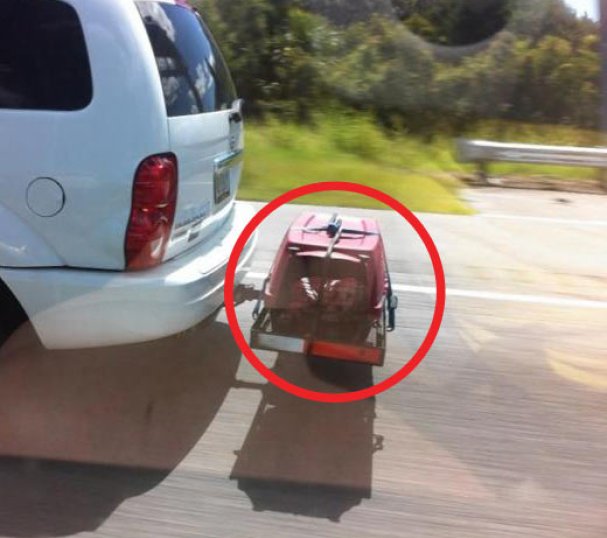 This alarming picture of a dog being pulled behind an SUV during a trip Saturday on a Georgia highway was snapped at 70mph.

Nicole Hubbard said she was riding along I-95 in the Peach State with her boyfriend when they spotted a dog in a small airline crate attached to the rear bumper of a Dodge Durango shortly before noon.

“We were riding back from a family vacation,” Hubbard, an animal control officer from South Carolina, told the Daily News on Wednesday.

Hubbard alerted the state highway patrol, who told her an officer would be dispatched to stop the vehicle.

“We stayed behind them, and no officer ever came,” she said, adding that a temperature gauge in her car reported it was 94 degrees outside.

“(The temperature) was climbing the whole time,” Hubbard said.

The concerned animal lover called police again to get an update, but was told that cops couldn’t respond.

“They said they just don’t have an officer to send,” Hubbard recalled.

So the determined couple waited about two hours until the caged pup crossed the South Carolina line, where she called the state’s highway patrol.

“They were wonderful,” said Hubbard, who works with the Oconnee County Sheriff’s Office.

An operator kept Hubbard on the line until a highway cop was dispatched to pull the SUV over. It was not clear if the driver was issued a summons.

Hubbard said locking the dog in the crate, which was connected near the SUV’s exhaust pipe, without any water on a hot day was unacceptable.

“I was just amazed that somebody could be that uneducated of the dangers with that dog being there,” she said.

“Hopefully, they learned something from it.”