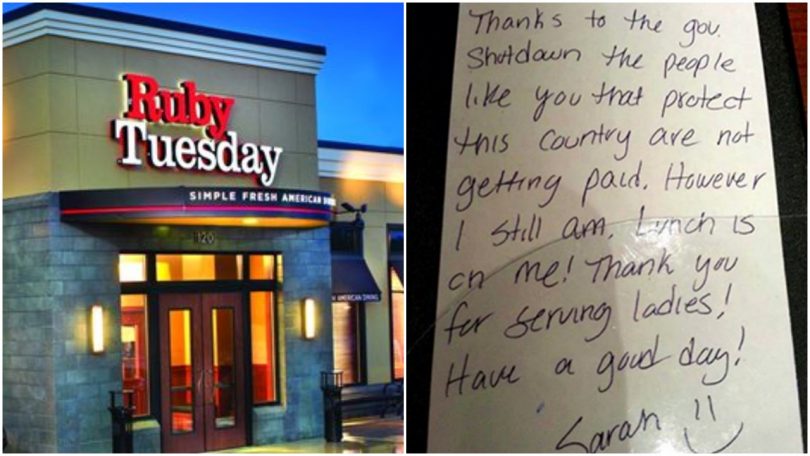 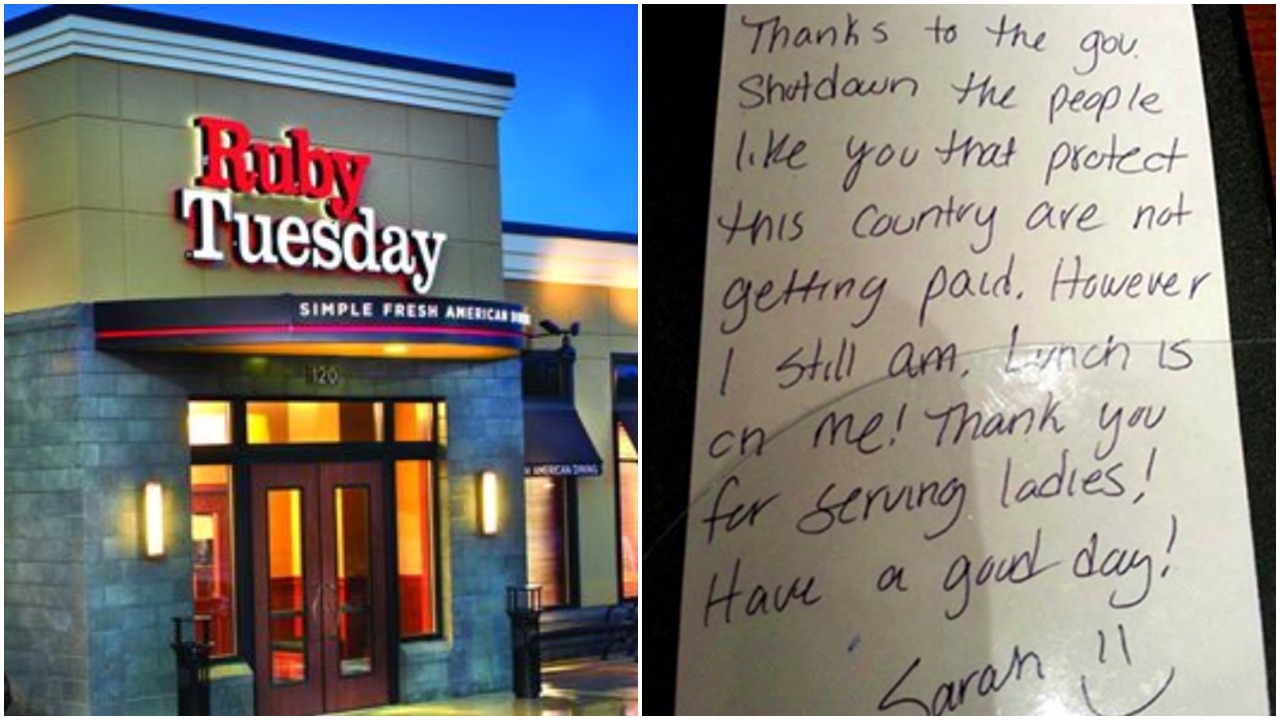 In October 2013, a young girl thought she was going to work a normal shift at Ruby Tuesday. Her name is Sarah Hoidahl, and she is a waitress at the popular restaurant in Concord New Hampshire. While the day started out normal…little did she know it would change her life. 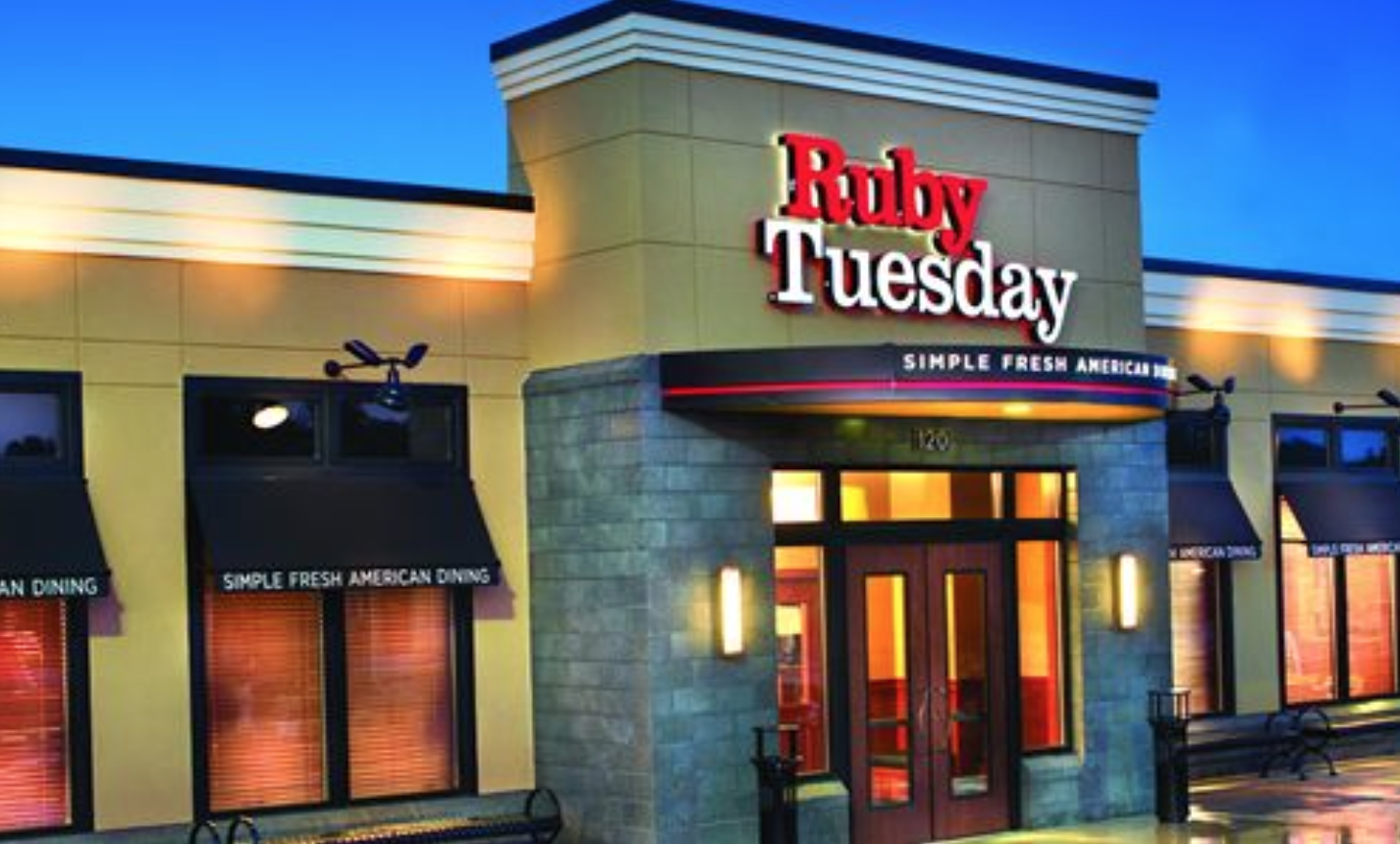 Two military servicewomen came inside ad sat down at one of Sarah’s tables. As she was waiting on their table, she overheard them discussing how they need to limit how much they order for their meal for the most heartbreaking reason. 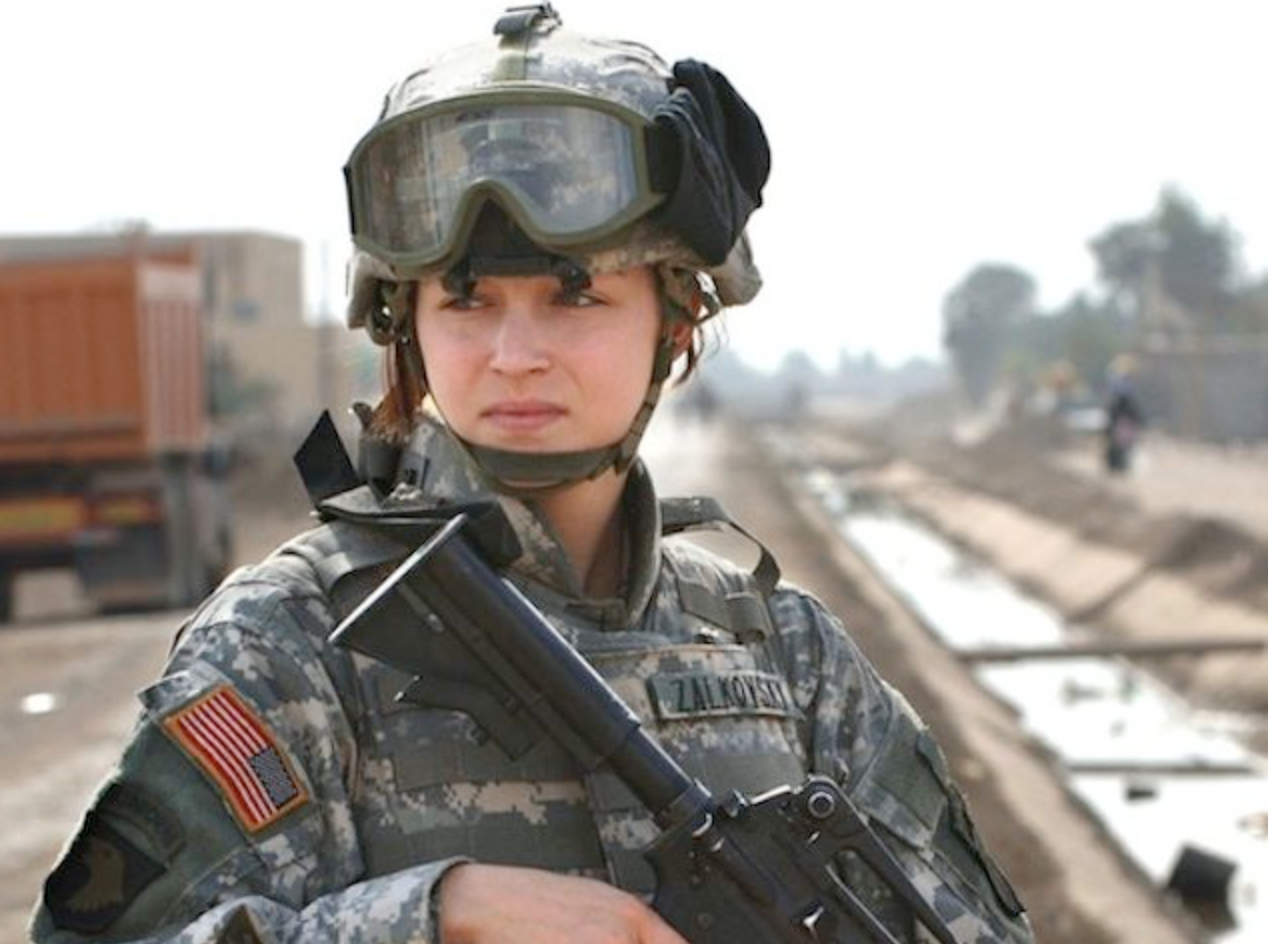 From October 1 through the 16 of that year, the U.S. federal government went through a shutdown. This means servicewomen like these were not getting their regular paychecks and were struggling to survive. At that time, Sarah’s little son named Ashton was just nine months old… 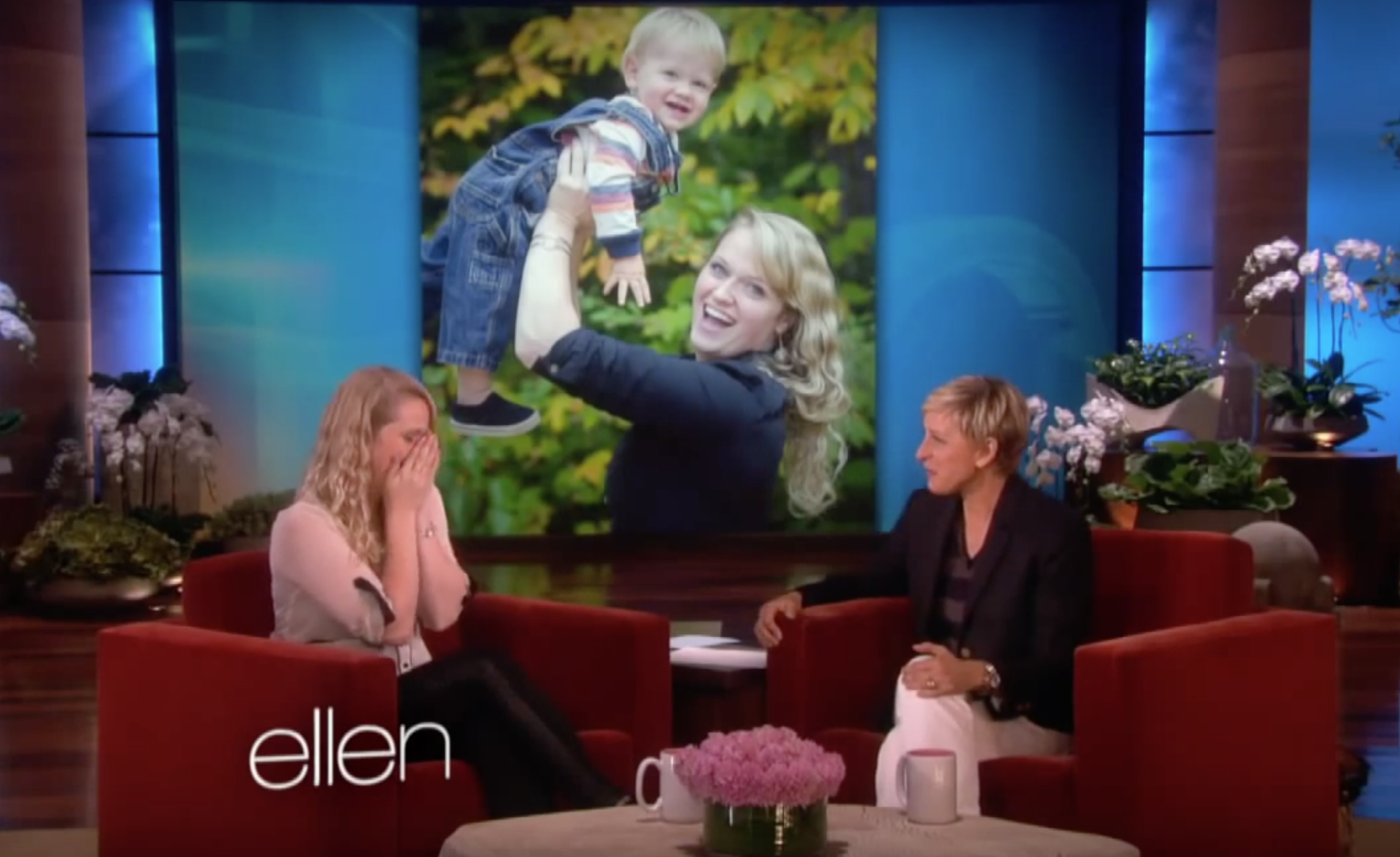 Sarah understood the struggle of trying to feed yourself and family because she was a single mother to this little boy. She was heartbroken overhearing the servicewomen trying to limit what they order so they could pay for it so she decided to do the most amazing thing for them. 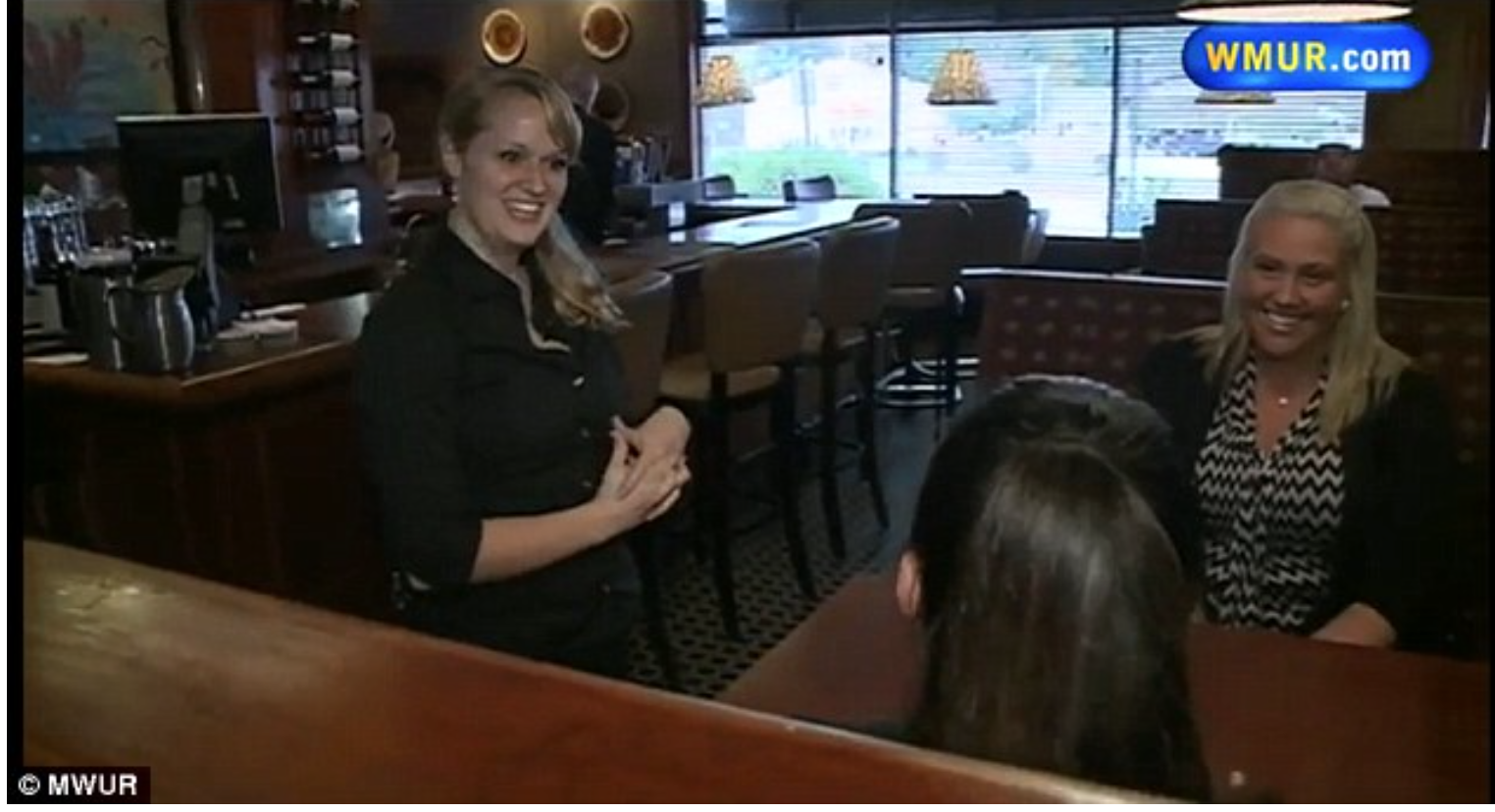 This incredible and giving waitress decided to cover their entire bill. The total amount of the bill was $27.75. Little did Sarah know that small amount out of her pocket would end up changing her and her son’s entire lives forever! Instead of giving them a bill, she wrote them a heartwarming note telling them thank you for their service and she would like to cover their bill, knowing they aren’t getting paid right now. 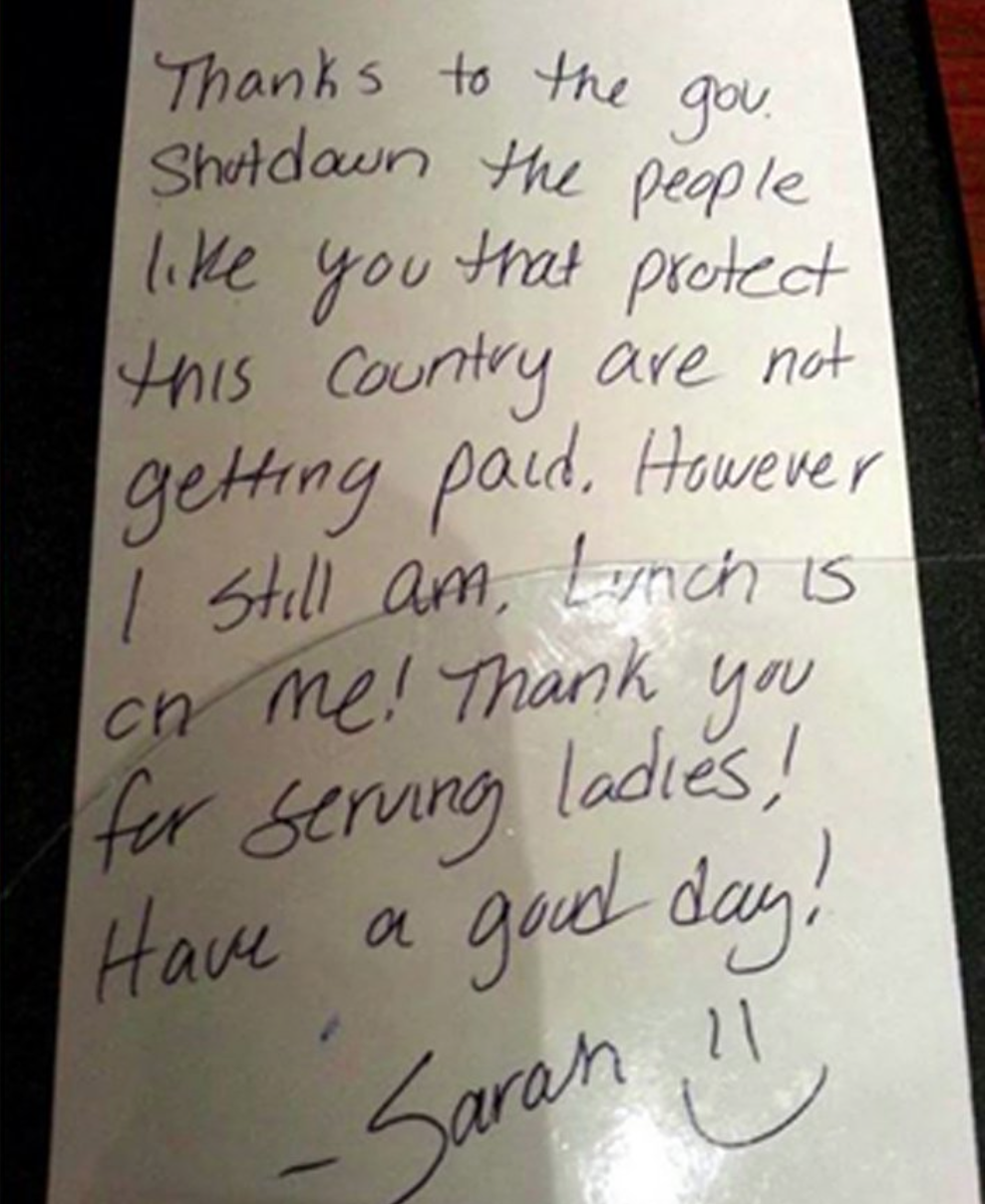