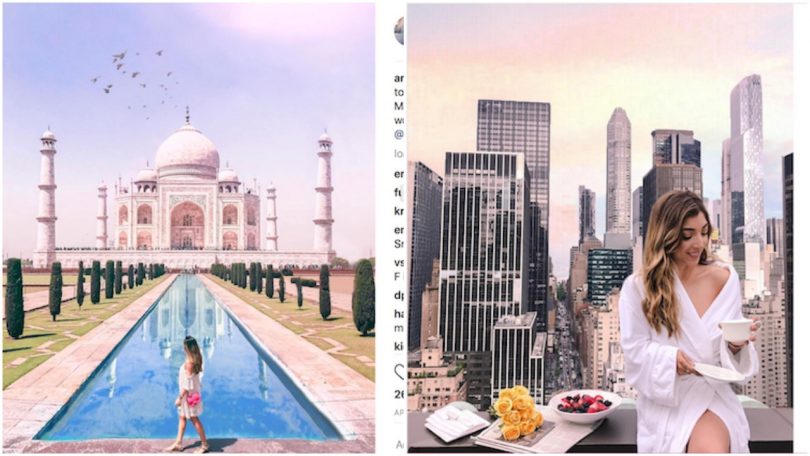 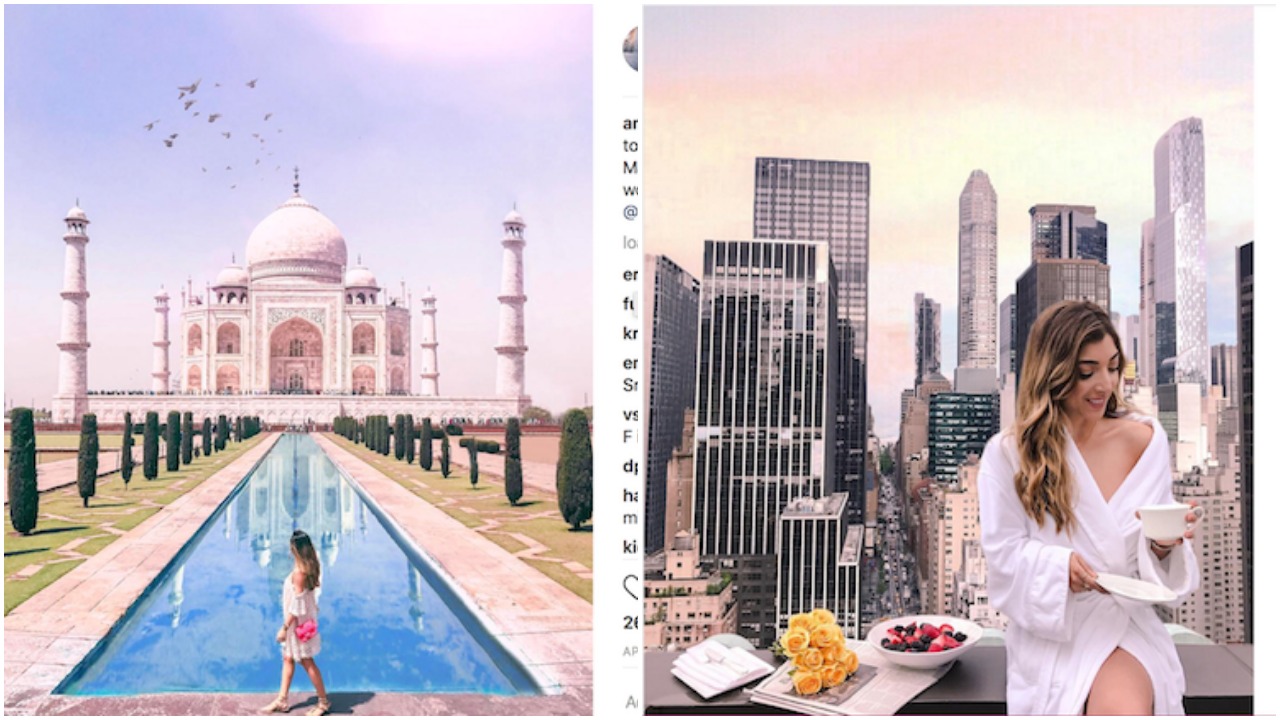 Scrolling through travel bloggers’s Instagram feeds can give you a serious case of wanderlust, but sometimes the stuff they post seems a little too good to be true. According to some followers, such might the case for 26-year-old travel blogger Amelia Liana, who has been accused of photoshopping her pictures from different destinations all over the world, The Times reports.

In a now-deleted post from Amelia’s account taken at the top of New York City’s Rockefeller Center, some of her more geographically informed followers noticed that the World Trade Center tower was noticeably absent from the Lower Manhattan skyline. The building was completed in 2013, and the image appears to be taken in 2017, so fans noted that something didn’t quite add up.

Upon further investigation, Amelia’s followers found similar omissions and discrepancies throughout her pictures. In a recent photo in front of India’s Taj Mahal, the scaffolding that has been present since 2008 is completely MIA, as are any other tourists. According to News.com.au, a May 28 photo of the Manhattan Bridge has been heavily edited. And in one head-scratch-inducing image, Amelia appears to be lying in bed directly on top of the London skyline. 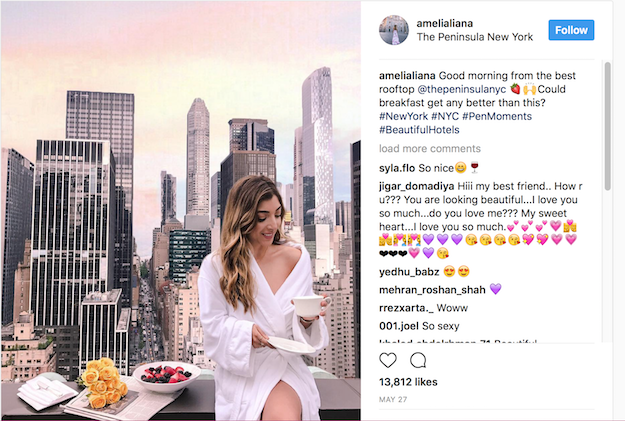 Travel blogger accused of “faking” Instagram photos. A travel blogger from the UK with almost half a million Instagram followers has been accused by The Times newspaper of photoshopping the images she shares on the platform. According to The Times’ technology correspondent Mark Bridge, 26-year-old Amelia Liana has faked quite a few of her recent photos, doing everything from superimposing her image on outdated skylines of cities like New York and London to removing and adding features in photos of her visits to places like the Taj Mahal. 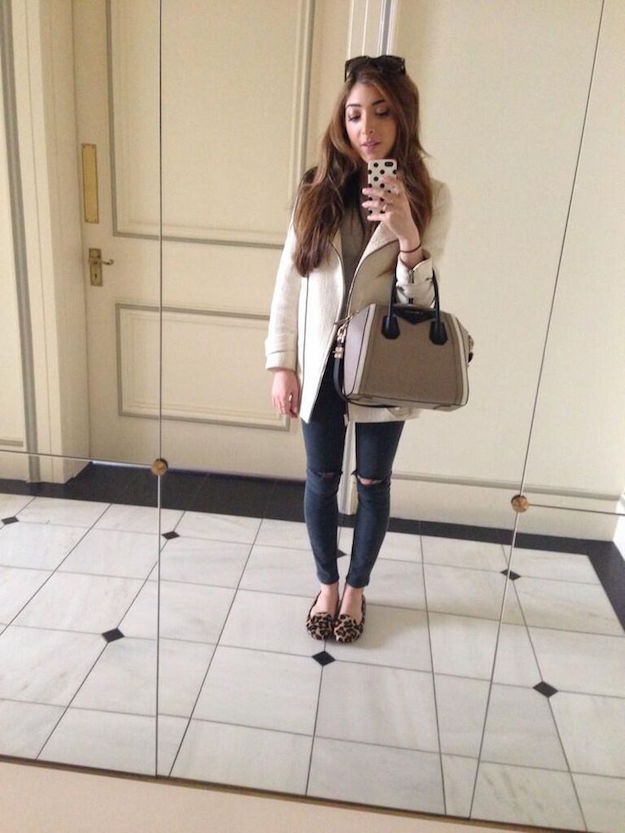 She doctored photos. According to Bridge, while it is obvious that Liana actually visits the places she blogs about, the photos that she shares on Instagram have obviously been doctored. In a recent photo supposedly showing the graduate of Nottingham University at the top of the 70-story Rockefeller Center in Manhattan, for instance, Liana’s followers noticed that the Freedom Tower was missing, although it had been completed since July 2013! 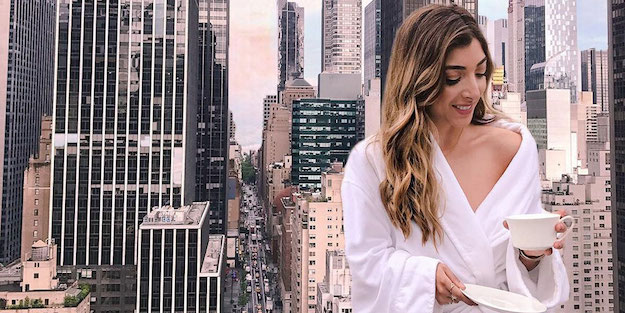 She put cutouts of herself on outdated images. The photo of the New York City view was analyzed by The Times’ photo desk, says Bridge, who was able to confirm that Liana had in fact superimposed a cutout of herself over an old image. Outdated skylines aren’t the only recent faux pas of the popular travel blogger, and says Bridge in another photo, Liana is seen in front of a very glossy image of the Taj Mahal in India. 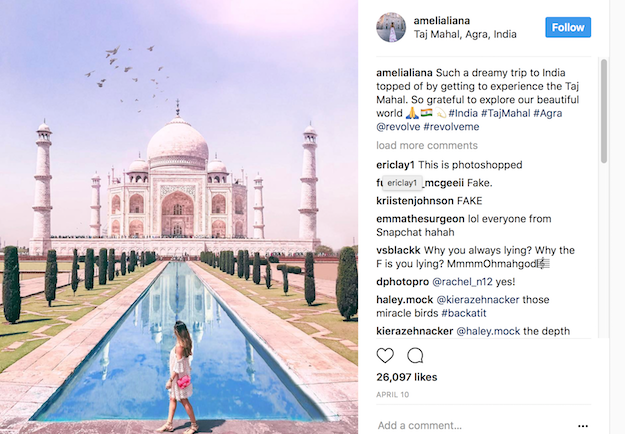 She added and removed features. Liana’s followers point out that her photo of the Taj Mahal is not only missing the scaffolding that has surrounded the wonder since renovations began on it in 2008. They also notice that the reflection of the structure in the pool has been compressed and that not only has Liana placed another cutout of herself in the picture, but this time, also clearly removed some of the other tourists and added some flying birds as well! 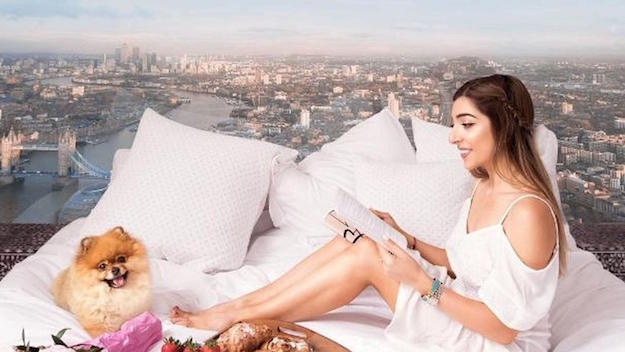 Seated in front of an “impossible backdrop.” In another “photo,” Liana is seen in front of what Bridge calls an “impossible backdrop of the London skyline.” While social media users are familiar with photos edited for brightness and sharpness, “moving buildings and people and adding sunsets is something else,” says Bridge, quoting 22-year-old blogger Ellie Dickinson who writes the “Life of Ellie Grace” blog. 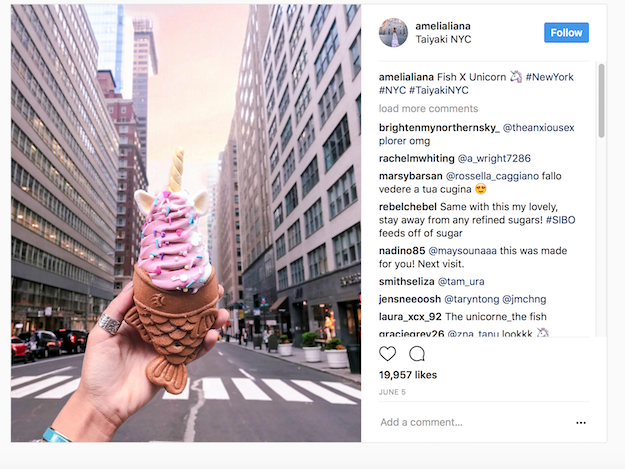 Ice-cream didn’t melt. A photograph of Liana holding an unmelted ice-cream in a fish-shaped cone in New York also drew criticism. Critics pointed out that the store that sells the dessert is 20 minutes away from the street shown in the background and therefore there would be no way the ice-cream would remain that pristine!