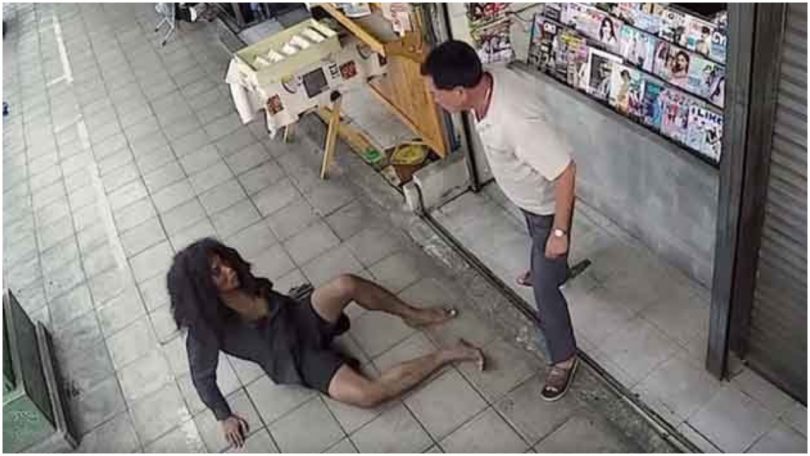 A video showing the tragedy of homelessness has gone viral.

But while the message of the tale is emotional and important, the footage is actually from an advert for CCTV systems.

The Thai video features a shopowner treating a homeless man sleeping outside his business every morning with disdain.

First he throws a bucket of water at home, then he tickles him with a brush, and then he kicks him.

This touching video will how you why you need to start looking at homeless people differently.

The shop owner started going through his security footage in order to see if the homeless man was coming bear the shop after he left. But then he saw something that broke his heart. He was distraught at his own behavior towards the homeless man.

There was more to the story than what the shop owner knew….Check the video to know 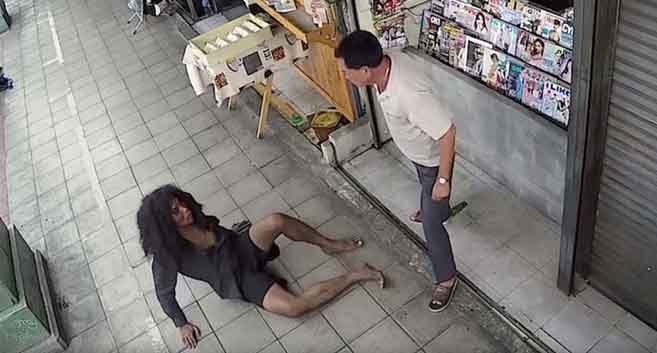 The shop owner castigates the homeless man, shouting at him, sprinkling water on him and finally resorting to kicking him. His tactics worked because the homeless man stopped coming near his shop anymore.

One day he wondered wondered where the homeless man went, to which his neighboring shop keeper replied…

He was nothing but a distant memory now….Check video in the next section..

3.A homeless person rests outside a shop.. 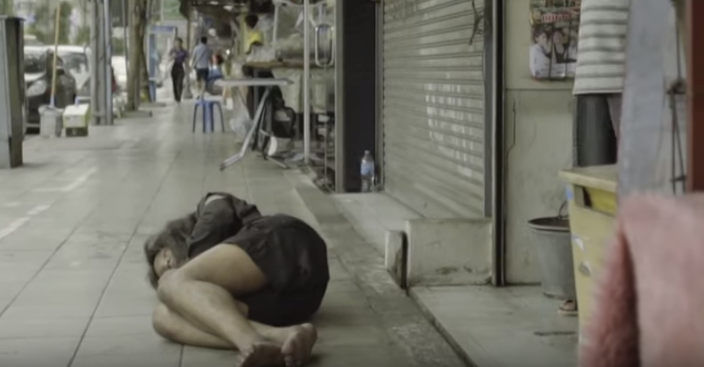 How many times have you walked past a homeless person and just hurried along, without a second glance? So, many of you will sympathize with this store owner who had to see a vagrant sleeping outside his shop everyday.

And what does he do next?