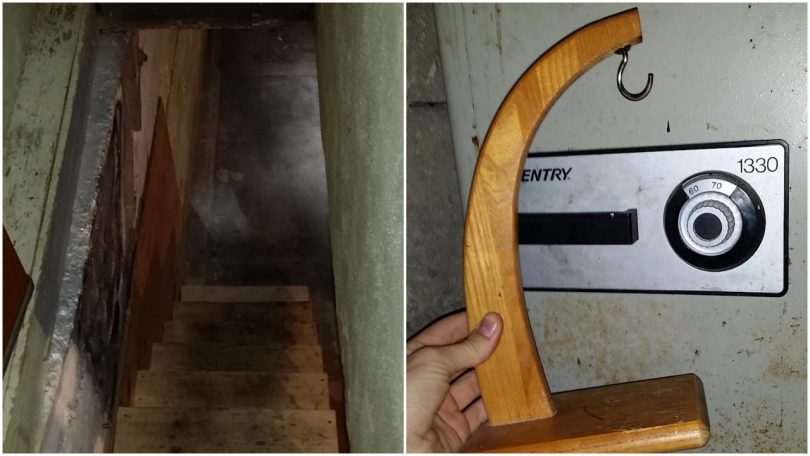 These people were exploring their new home when they came across this secret room loaded with stored ammo. 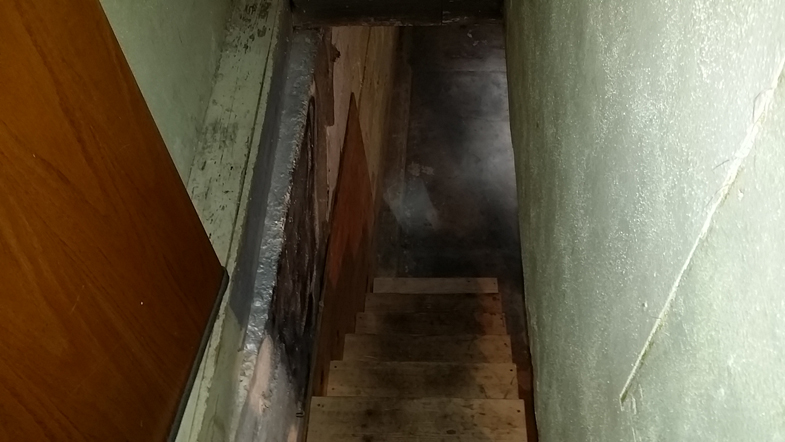 Two weeks after moving into his newly purchased home, a young man found an unexpected surprise hidden in his basement. Behind a makeshift door, a secret room was stocked with items that simultaneously shocked and terrified the first-time homeowner. 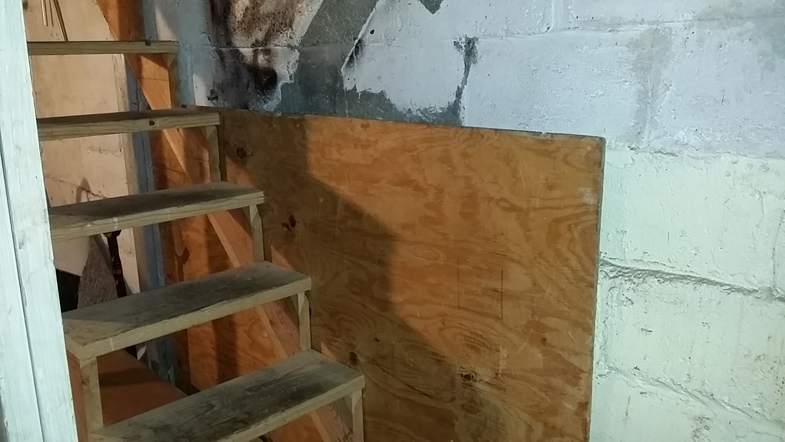 Photos of the disconcerting find were posted by Imgur user Jerry. The previous owner of the house, an older man, had recently died, apparently taking some secrets with him and leaving behind some mysterious clues. 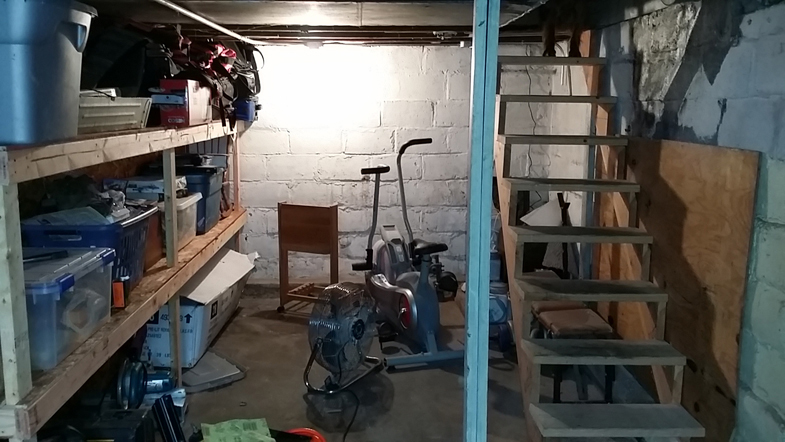 Jerry wrote that the house was quite old, but the price really couldn’t be beat, especially for a first home. The house still contained some of the old owner’s stuff when Jerry first looked at it. While the basement had been partially cleared out by the time he moved in, there was still a fair amount of junk remaining. 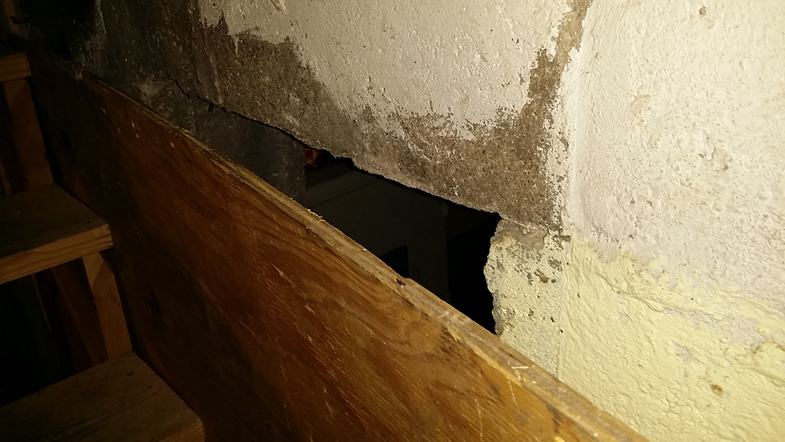 After cleaning out the basement and planning to get rid of the leftover stuff, Jerry saw something strange that he hadn’t noticed before. There was a piece of plywood wedged into the wall behind the basement stairs. 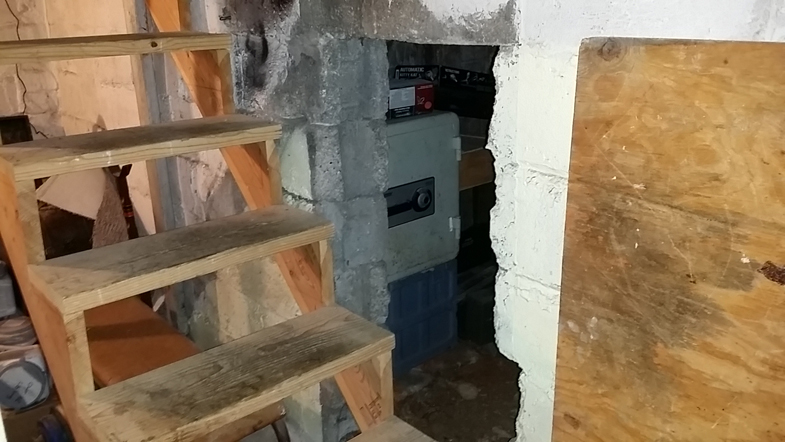 He tried to move it, but it proved quite difficult to budge. Still, after using some elbow grease, he pried the board off and realized there was something behind it. “At this point I got my phone and started taking pictures,” he wrote on Imgur. 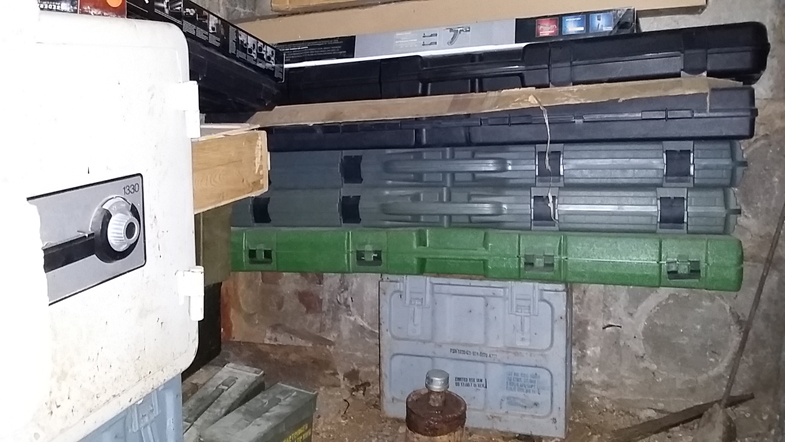 Behind the wall was a small room, measuring about four-by-four feet. It had the look of a bunker, clearly designed for the purposes of protecting or concealing something. And the contents nestled within left Jerry “a little scared.” 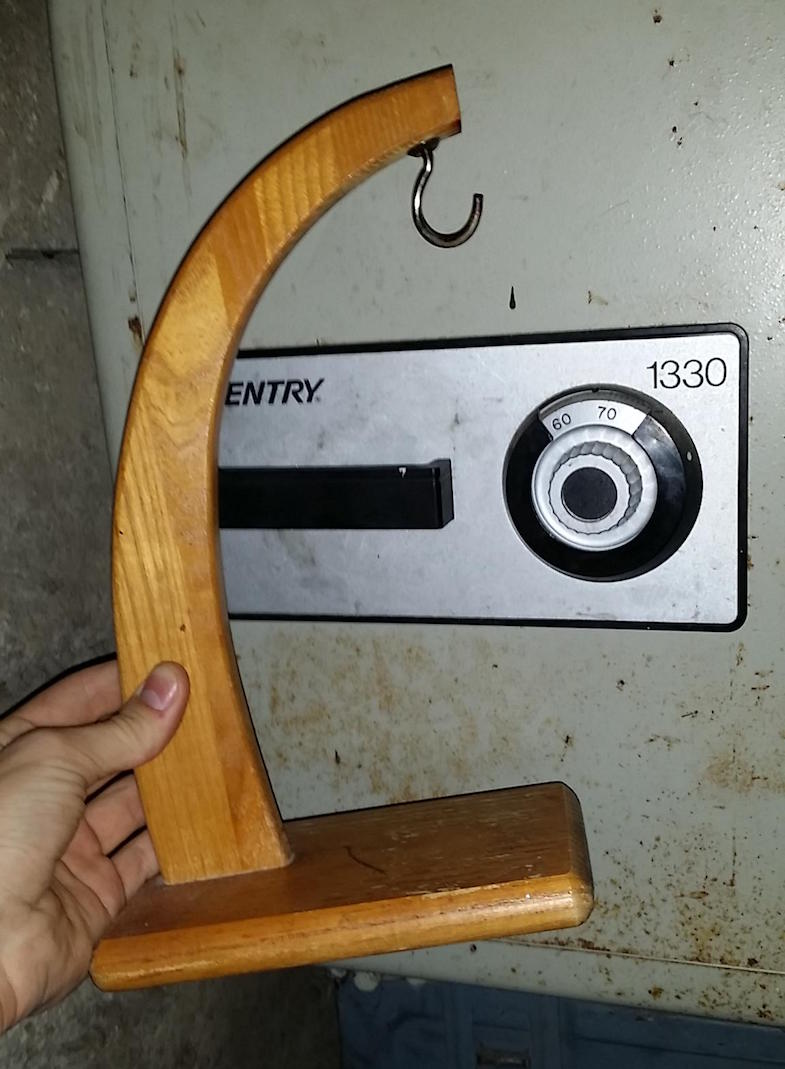 Inside the secret room, there were stacks upon stacks of gun cases and ammunitions containers. There were also a couple of larger army-style storage bins, as well as – intriguingly – a huge, solid, locked safe. Jerry used the slightly unconventional banana-hanger safe-scaling method to give Imgur users a sense of the safe’s impressive bulk. 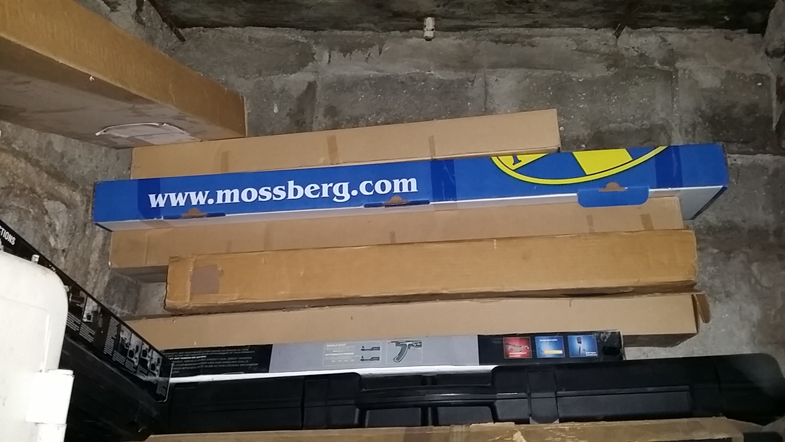 The gun boxes and cases were stacked neatly on top of one another all the way from floor to ceiling. When Jerry began a closer inspection, he found that the many ammunition crates littered around the room were indeed full of various types of bullets.