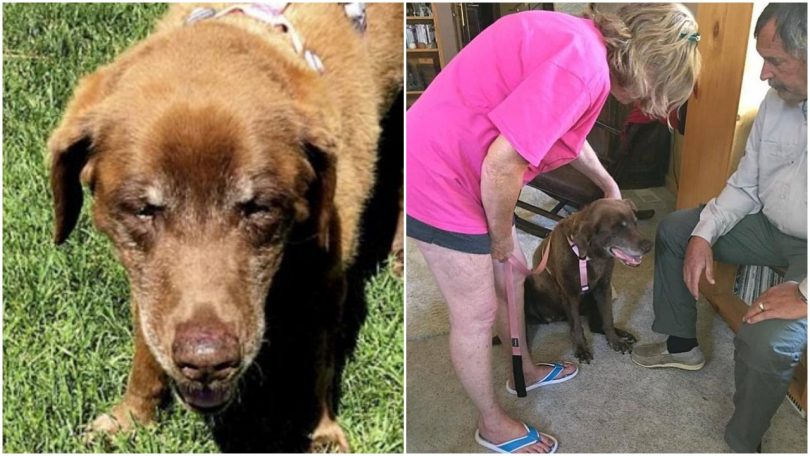 A lost Boise dog is back home after surviving a harsh winter alone in the Idaho mountains for nine months.

Mo the dog had gone missing last September after wandering off during a hunting trip. Darwin and Cindy Cameron of Boise say they stayed in the area between Horseshoe Bend and Placerville for three months to search for the dog with no luck.

The Idaho Statesman reports Cheri Glankler began caring for a dog that was found collapsed on a ranch in Horseshoe Bend late June. She posted photos and videos of the dog on Facebook and commenters quickly began suggesting it may be Mo. Although the dog still recovering from trauma, the Camerons recognized Mo and took her home. 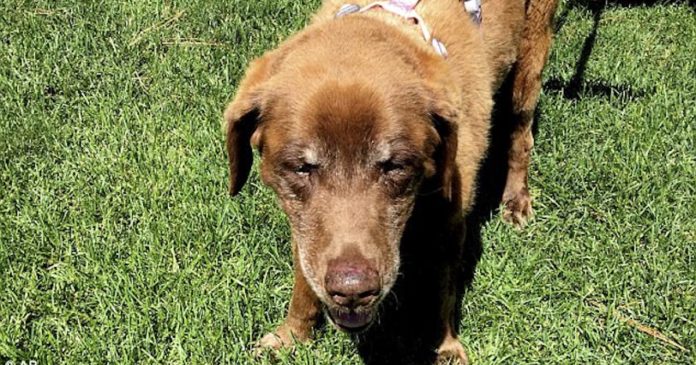 Losing a pet is never fun. It is one of the most devastating things in the world. Whenever I lost a dog, I couldn’t stop crying. I just wanted them to be right back with me, cuddling and giving kisses. And that’s all Darwin and Cindy wanted after their dog Mo, an elderly Chesapeake Bay Retriever, ran away during a hunting trip. But the odds of them being reunited were not looking good.

The 14 year old dog’s owners, Darwin and Cindy Cameron spent 3 whole months doing whatever they could to find their dog Mo. But sadly, there was no sign of her. And they were becoming worried, because winter was right around the corner, and if she wasn’t found soon, there was no way he would survive.

And as winter rolled around, the snow and low temperatures made the search impossible to continue. The Cameron’s were faced with the harsh reality that their dog was not going to make it back home.

But recently, the hope they lost came back to life. Dog rescuer Cheri Glankler recently just took in a retriever after he had collapsed at a nearby ranch. As she took her in, she could tell that this dog had been living on her own for a long time. She looked nearly starved to death, and was obviously not recently groomed.

She then decided to post a picture of the dog on Facebook, hoping that it would end up reaching the owner. And once the Camerons got on Facebook, they couldn’t believe their eyes.

They could tell that it definitely looked like Mo, but were still hesitant. They had received calls before, and none were Mo. And to make matters worse, they were told by Glankler that the dog had lost her hearing, and half of her body weight. She told them that she would not be exactly as they remembered her.

They still decided to make the trip to see if it could possibly be Mo after 9 months of being away. But as soon as they arrived, they knew it was her. There was no question about it. 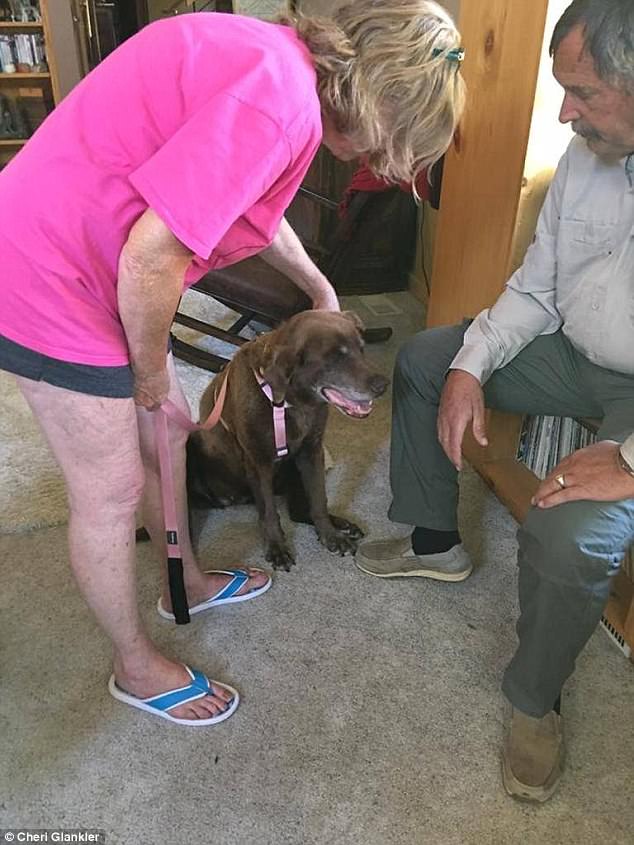 The couple couldn’t be happier that their beloved dog had finally been found.

“Boy, we’re blessed to have her back,” said Darwin.

They could not believe that after all of this time, 9 whole months in the wild, that she was still alive. Glankler even nicknamed her, ‘The Legend.’

This dog is truly incredible, and has some serious survival skills! Not many would have made it out in the snow, without food and water that long.

We are so glad that Mo is alive and well, and has finally returned home. Hopefully, she is getting all the treats and love she could possibly ask for!