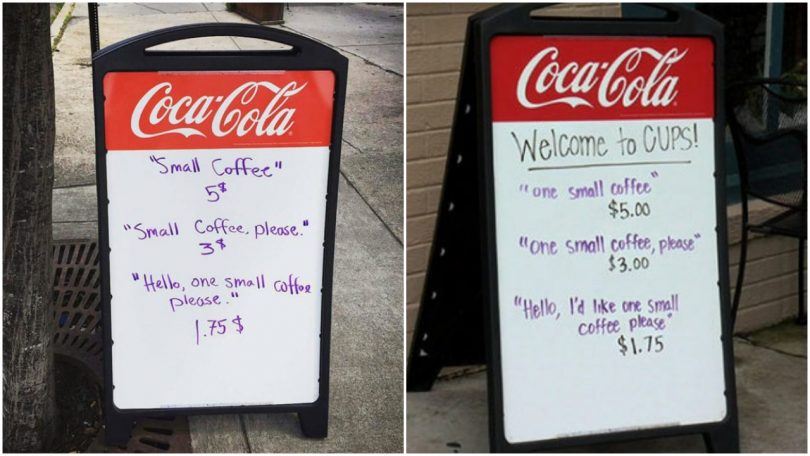 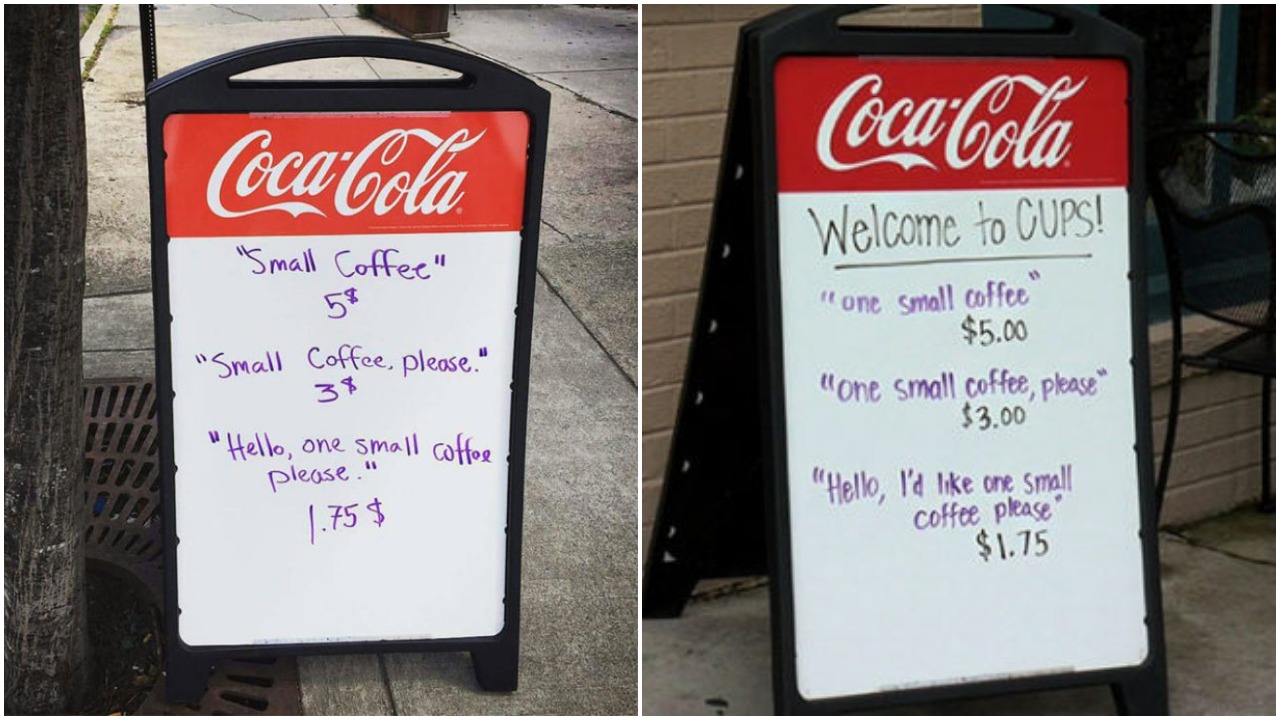 My favorite job — other than my current one, of course — was working at a coffee shop during college. I loved being creative with the drinks and the menus, being able to make people happy in just a couple of minutes, and talking with the regulars each and every day.

But for all the good people that came in, there were also those that were so extremely rude I had to bite my tongue and exact revenge in the form of slightly less foam on their cappuccino then they might have preferred. 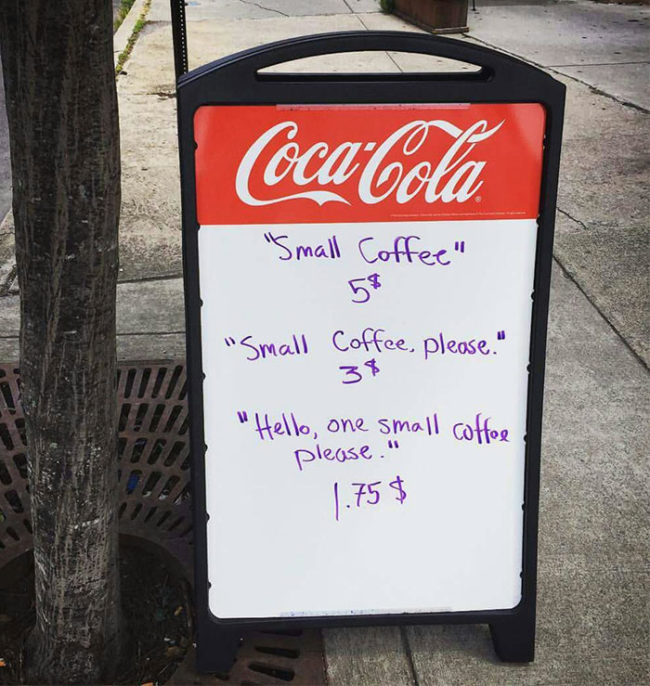 It looks like I’m not the only person around who is unimpressed with some people’s lack of manners.

Austin Simms is a coffee shop owner in Roanoke.

He was also fed up with dealing with rude customers every day, so he decided to do something about it. 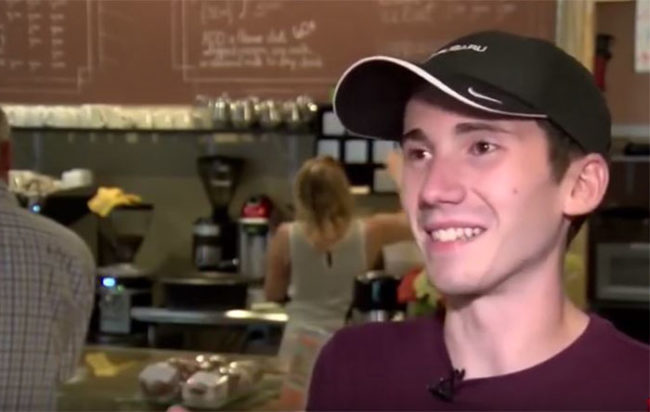 “I decided because I need to solve all the injustices of the world to start charging more for people who didn’t take the time to say hello and connect and realize we’re all people behind the counter.”

So Austin put up a sign in front of his coffee shop which clearly indicated his new pricing policy.

If any customer was rude and forgot to say ‘please’ when ordering their drink, the price would get higher. 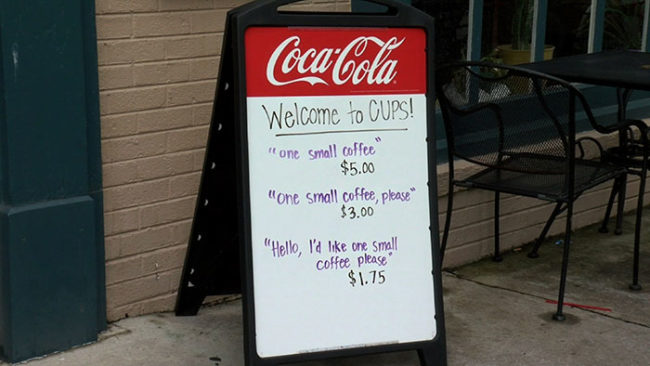 It’s certainly a handy way to make sure your customers remember they’re manners!

I think more places should implement this!

To Austin’s surprise, the sign went viral with thousands of people sharing the photo around the world. a bunch of cameras showing up and it ended up in the newspaper!

Eventually, his sign attracted the attention of a few news stations, and it even ended up in the local newspaper!