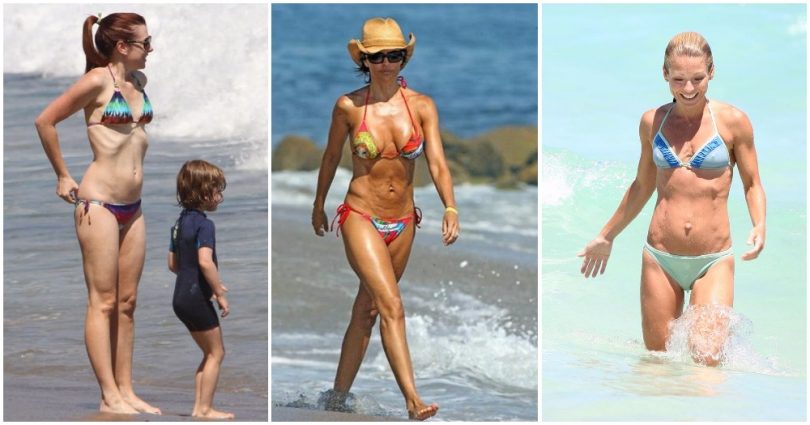 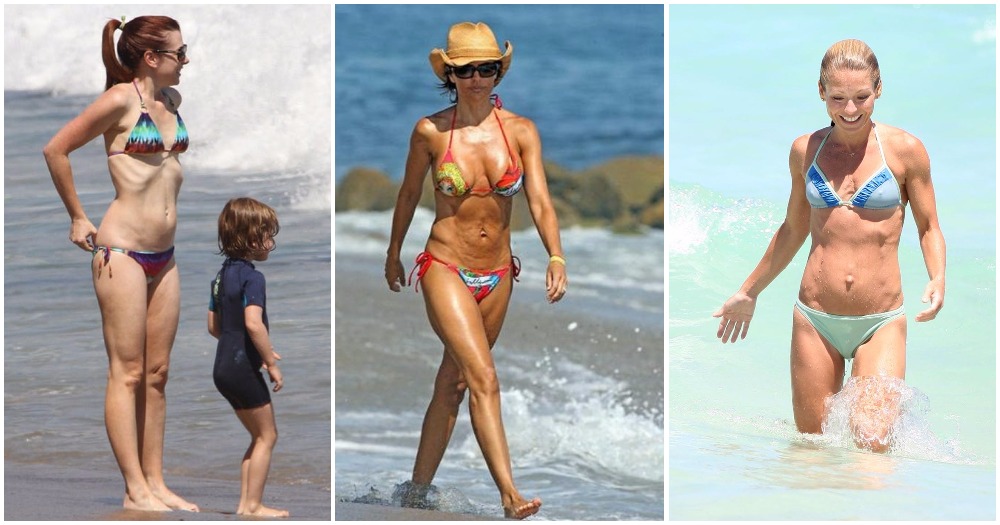 They may well be an image of perfection on the red carpet, where the glossy veneer of style and glamour places them on a lofty pedestal beneath which their fans can only aspire.

But closer inspection shows that same veneer to look a little tarnished, not least when they’re stripped down to their bikinis for the inevitable round of tropical beach holidays. 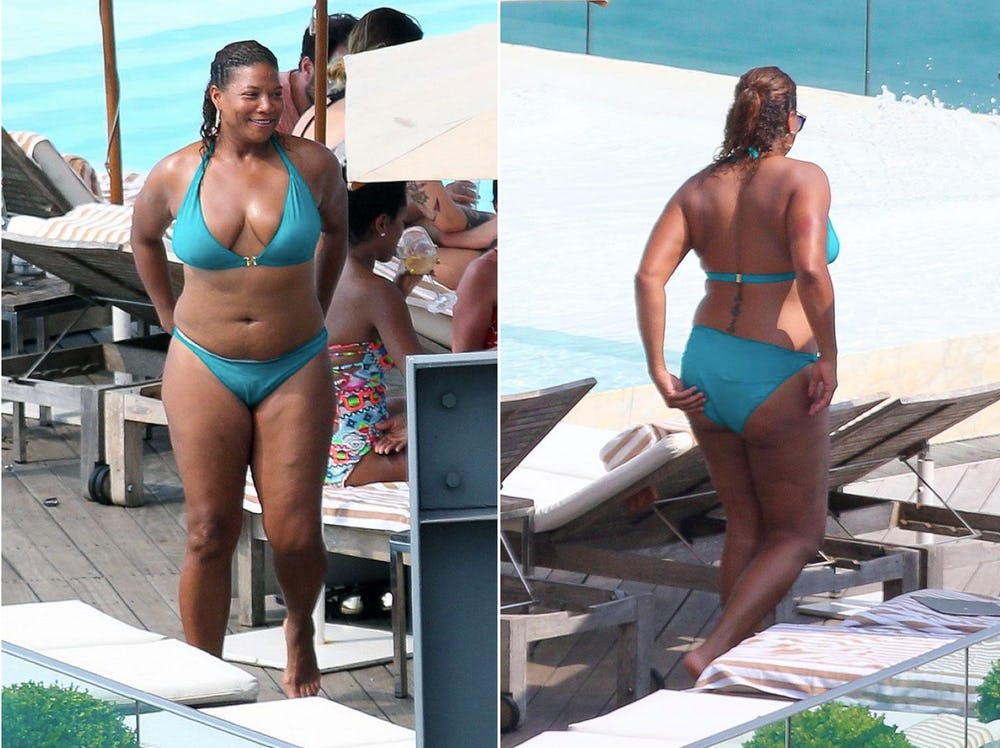 So, as we’re narrowing down which celebrities would make it on this list, we saw way too many photos of Queen Latifah wearing one-piece bathing suits at the beach. Part of us thought, “Well, at least we don’t have to see her in a bikini,” but then, the other half of us hoped we’d find something because we didn’t think that a one-piece was proper beach attire. Then, the heavens smiled upon us, and these photos popped up. We know Queen Latifah has never been tiny model size, and we respect her body of work, but given the fact that she’s getting close to 50 and is probably near 300 pounds, we have no idea why she wanted to be seen in a bikini. If it’s for the attention, mission accomplished, but she doesn’t seem like that type of celebrity. Maybe she doesn’t care, and that’s the surest way to get yourself voted off Celebrity Island. 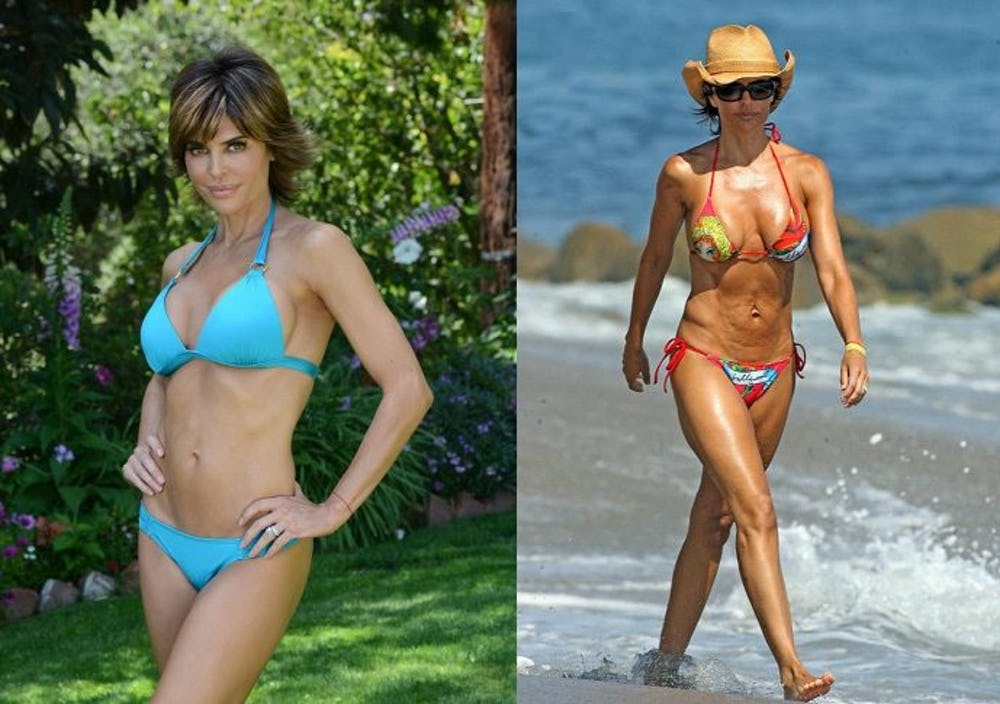 Lisa Rinna went from being an actress who looked like she had a chance of building a decent career for herself, to become known for being actor Harry Hamlin’s wife, to now being the butt of many jokes when it comes to plastic surgery. While she certainly hasn’t strayed into otherworldly Shauna Sands territory, it’s probably time for Mrs. Hamlin to stop making trips to the plastic surgeon and to put on a one-piece more befitting someone of her 54 years. We couldn’t imagine having to go to the beach with our mother if she looked like that and insisted on still wearing a bikini. There’s probably only two percent of the female population that can still pull off bikinis at that age, and Lisa Rinna isn’t part of that minority. Once your stomach looks like a saddle, like on the right, it’s time to cover up what was once beautiful, like on the left. 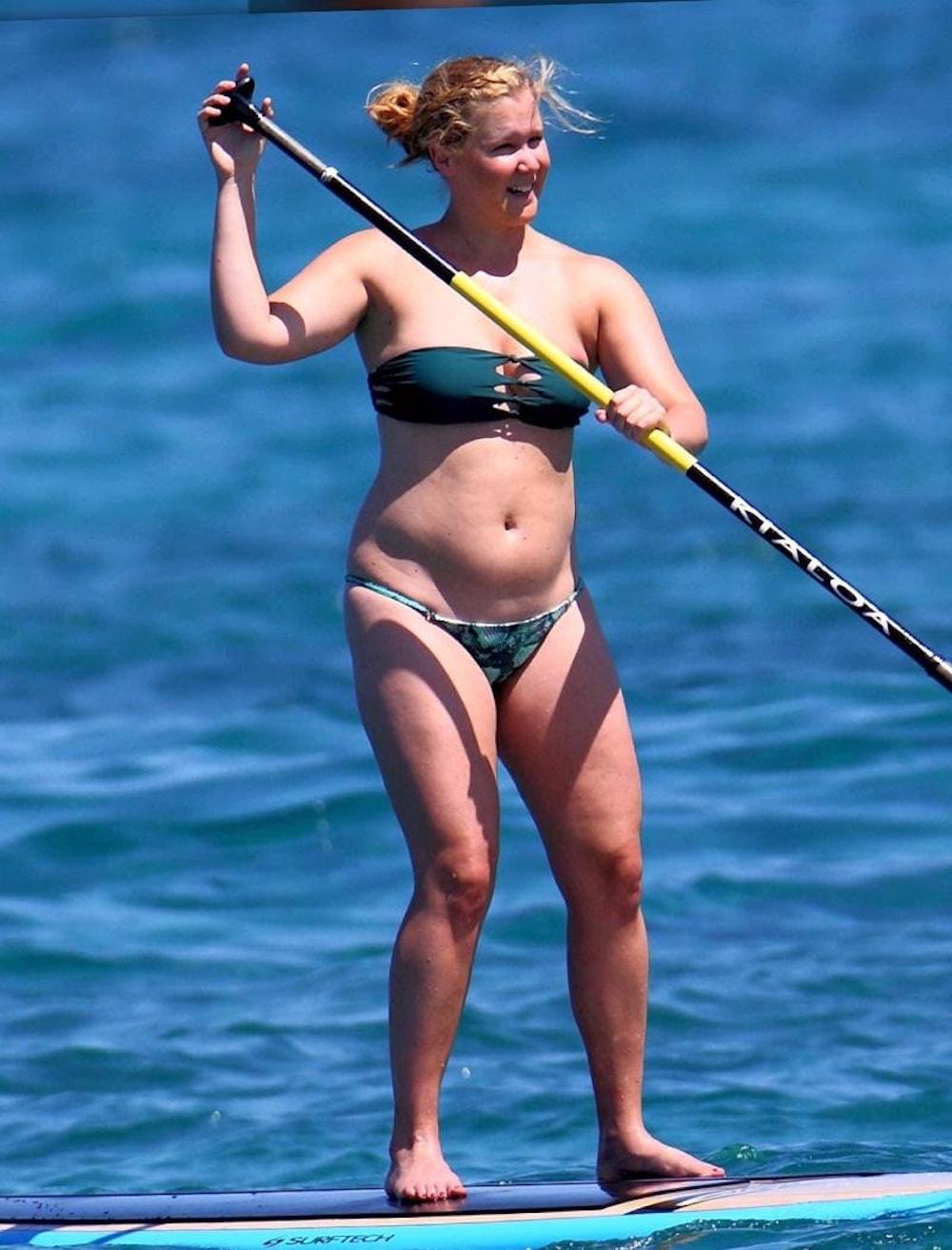 Amy Schumer is what happens when you take Jenny McCarthy and subtract the hot body. Amy Schumer is a strong woman not because she doesn’t care what people think of her physically and delivers potty humor that would make third-grade boys giggle. She’s a strong woman because she looks like she could lift a car like young Clark Kent in Superman. We hope that Amy Schumer’s 15 Minutes of Fame is over, and it has nothing to do with her body; it’s because she’s not entertaining and knows it but thinks nobody else had cracked the code. There are a lot of hilarious women out there these days, but just like Jenny McCarthy showed that people will pay attention to a hot girl who can be crude like a guy, Schumer proved people will pay attention to a female comedian who’s crude like a guy. And much like with McCarthy, we expect Schumer to fade into B-level celebrity status quickly. 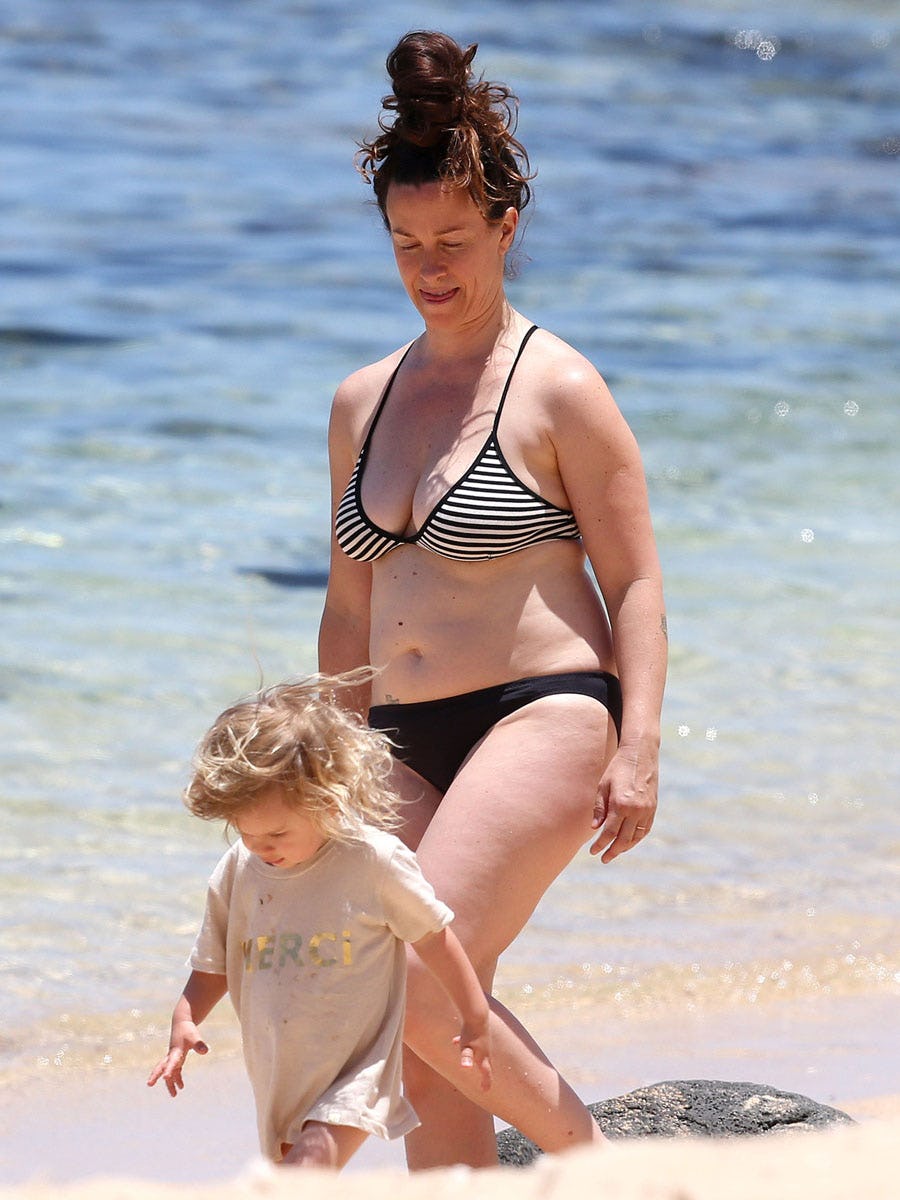 We always wondered if Alanis Morissette was hot. We first saw her on the Nickelodeon show You Can’t Do That On Television, and then, she went off to Canadian pop bubblegum singer fame for a few years before appearing in America a little more than 20 years ago with her “Jagged Little Pill” album. The song “You Oughta Know” rocked, and the video made us wonder if this woman who was barely visible, was hot. We couldn’t figure it out. Then, she does a video for the song “Thank You” where, except for the part we can show here, she was completely naked. Again, we couldn’t figure out if she was hot. Fast-forward to today, and we’ve seen too many pictures of Alanis Morissette on a beach. We have our answer. No. The answer is no.