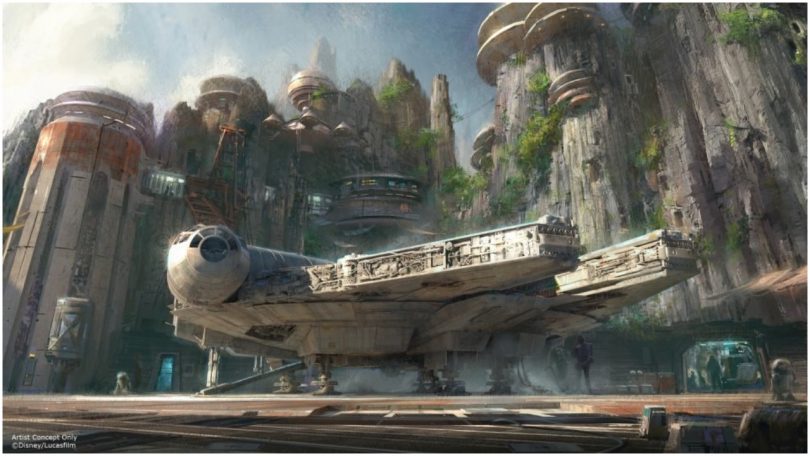 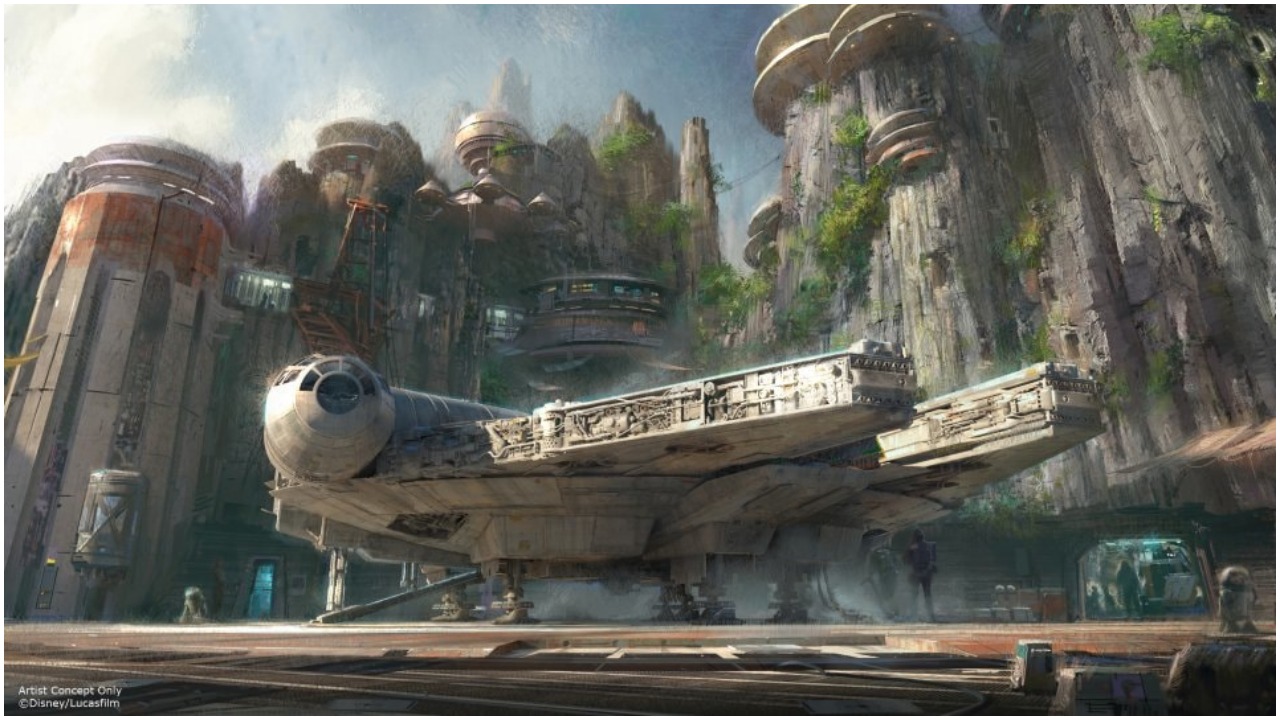 Disney brought life to the “Star Wars”-themed expansions coming to Disneyland and Disney Worldwith the unveiling of an enormous model on the main convention floor for this weekend’s D23 Expo.

The models are a scaled replica of the 14-acre “Star Wars Land” expansion set to open at Disneyland in 2019. Disney had previously only released concept art of the attraction in July of 2016.

“Both ‘Star Wars’-inspired lands will transport guests to a never-before-seen planet, a remote trading port, and one of the last stops before Wild Space, where ‘Star Wars’ characters and their stories come to life,” Disney said in a blog post about the expansion.

“Here, guests will find themselves in the middle of the action at two signature attractions: one that lets guests take the controls of Millennium Falcon on a customized secret mission, and an epic ‘Star Wars’ adventure that puts guests in the middle of a climactic battle between the First Order and the Resistance.”

Disney has previously revealed that one of the entry points to the new section of the park will be along Big Thunder Trail in Frontierland, and the company also has plans to add an “Avatar” land to its theme parks. Disney said it would release more information about “Star Wars Land” during D23 this weekend.

1. Everything Disney Does Is Magical 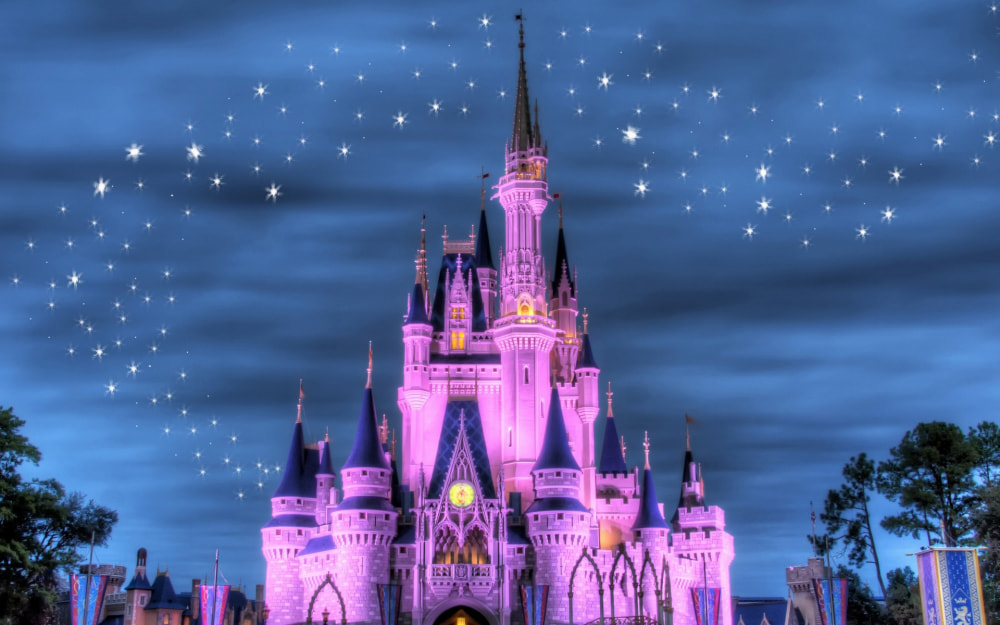 It’s not like Disney has ever failed to make our dreams come true. This is THE land where we’re made to believe that we can wish upon a star, believe in magic and dream big. So, when “Star Wars Land” was promised to fans around the world, expectations were, to put it mildly, high. 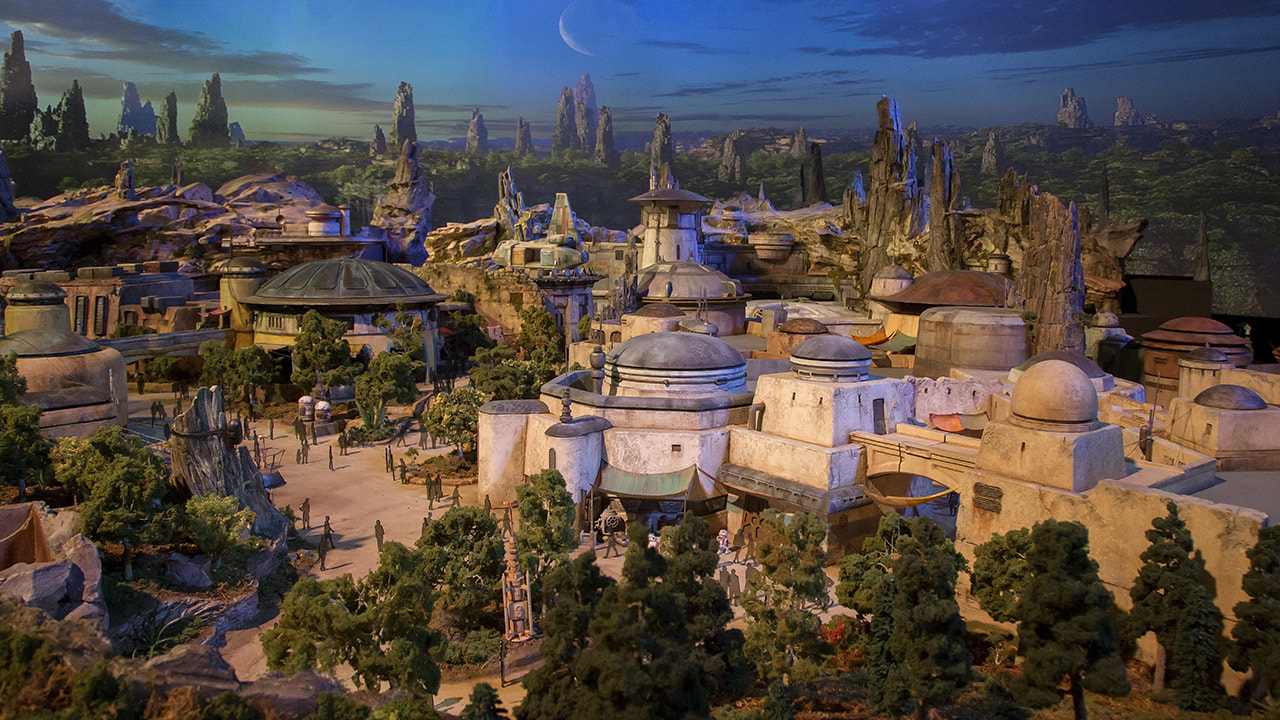 Now, Disney has released the first glimpse into the promised land of the galaxy. The 3D model was shared on Disney’s blog for fans to get a first look at what they can expect. The park is set to cover 14 acres when it’s finally done. 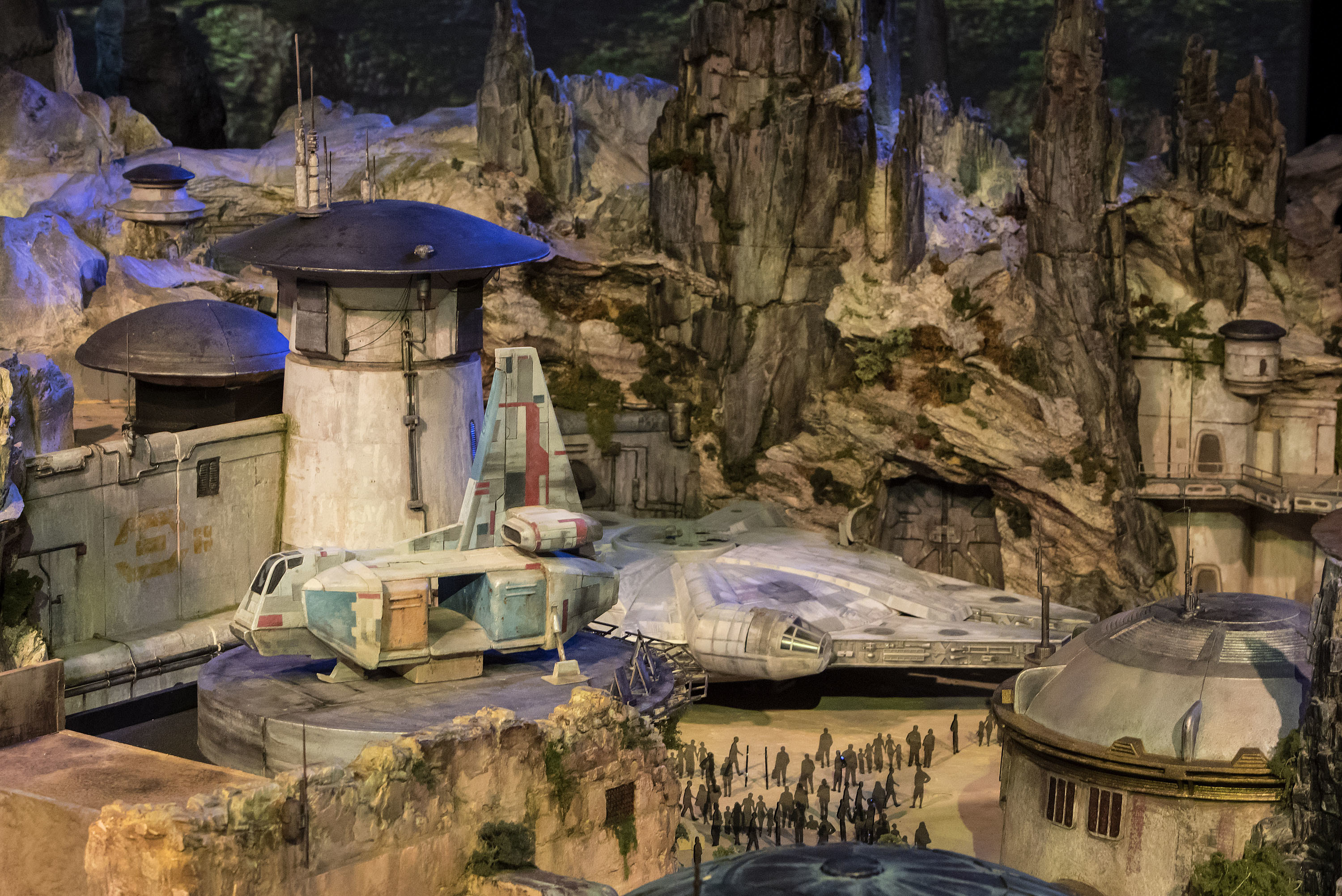 This is a huge fraction of land. The attraction will be built in California and Florida. Fans can hope to get lost in this land for days and really, nobody would complain.

Fans are going to have to wait a bit longer to experience “Star Wars Land.” The attractions are set to open in 2019. One will be at Disneyland in Anaheim and the other at Disney’s Hollywood Studios at Disney World in Orlando. 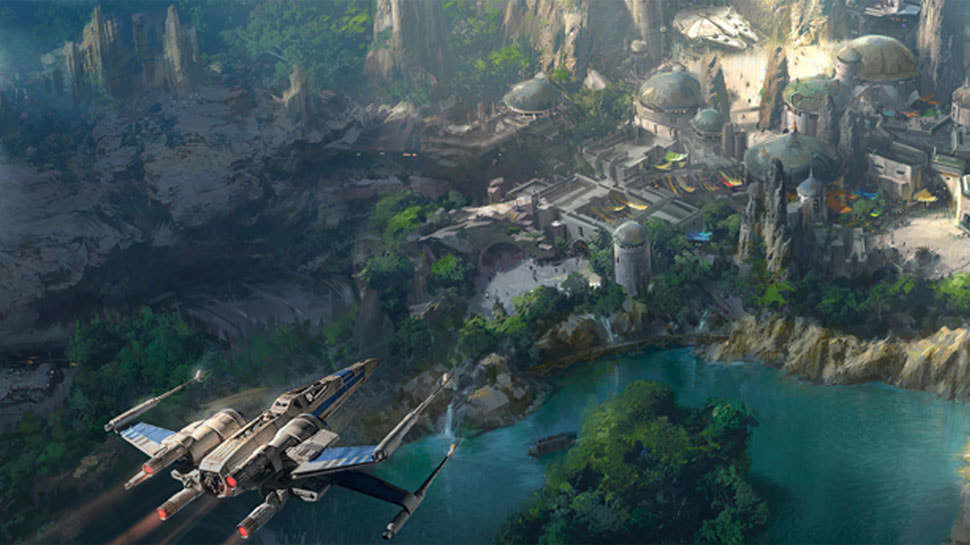 Before the unveiling of the model, fans only had an idea of what they could expect from this land. In July 2016, Disney released concept art of the attraction. It was a tiny glimpse but it didn’t fail to get fans excited. 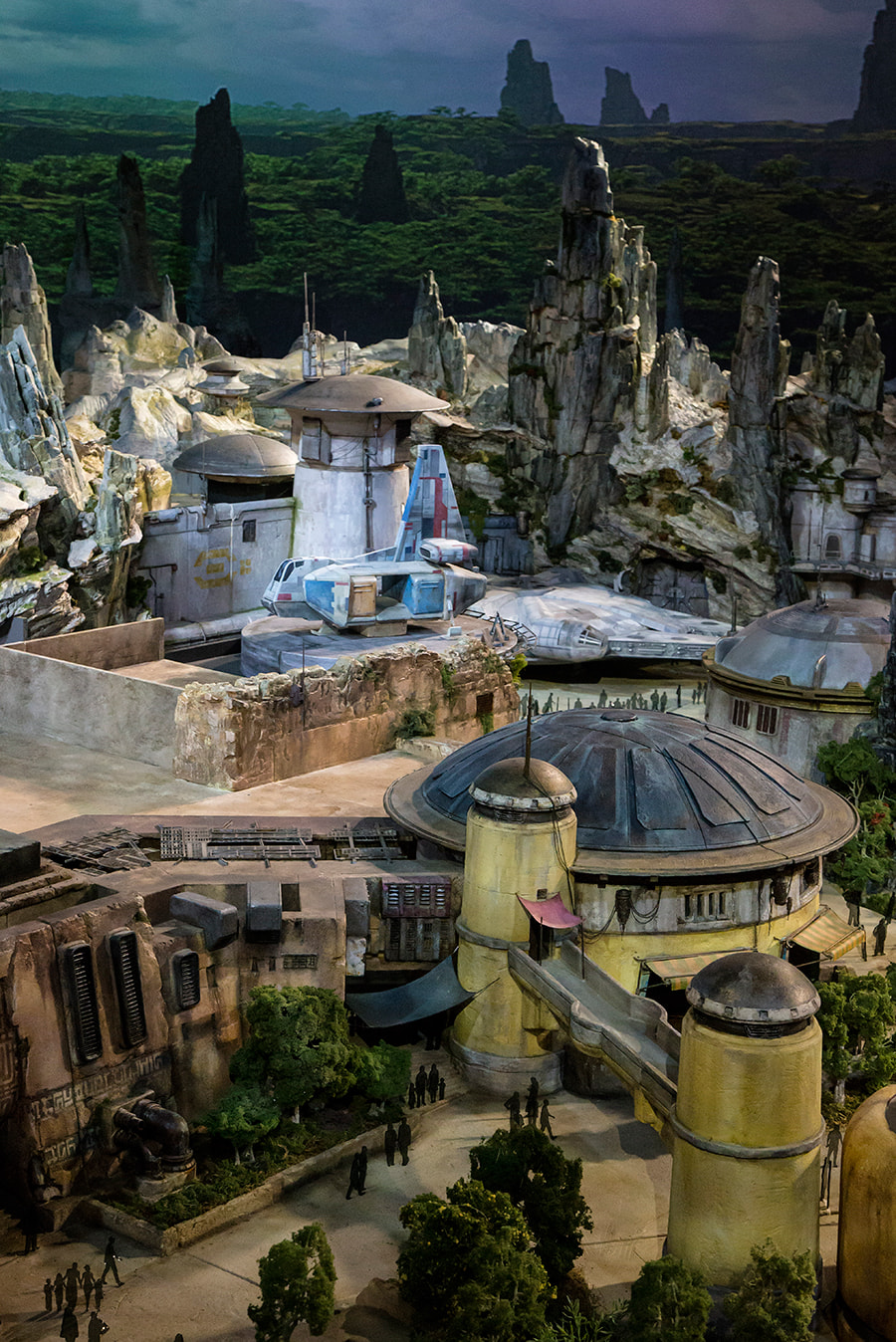 The people at Disney shared their excitement with fans. They spoke about the model and gave fans an idea of what they can expect when the attractions are finally open. What fans can expect is “a never-before-seen planet” that will transport them into another land.