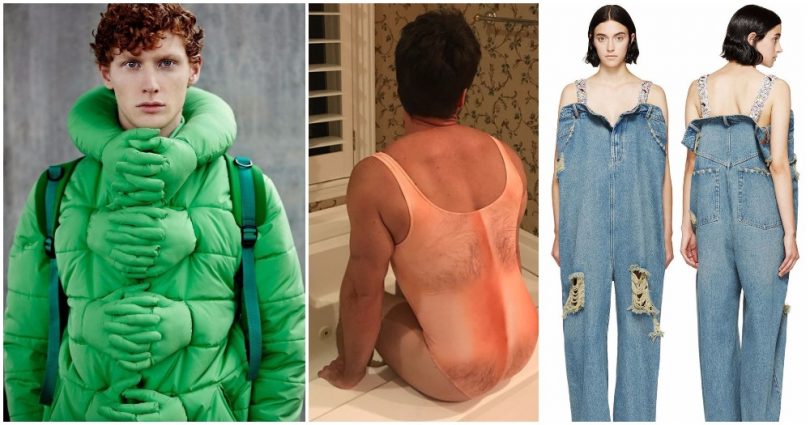 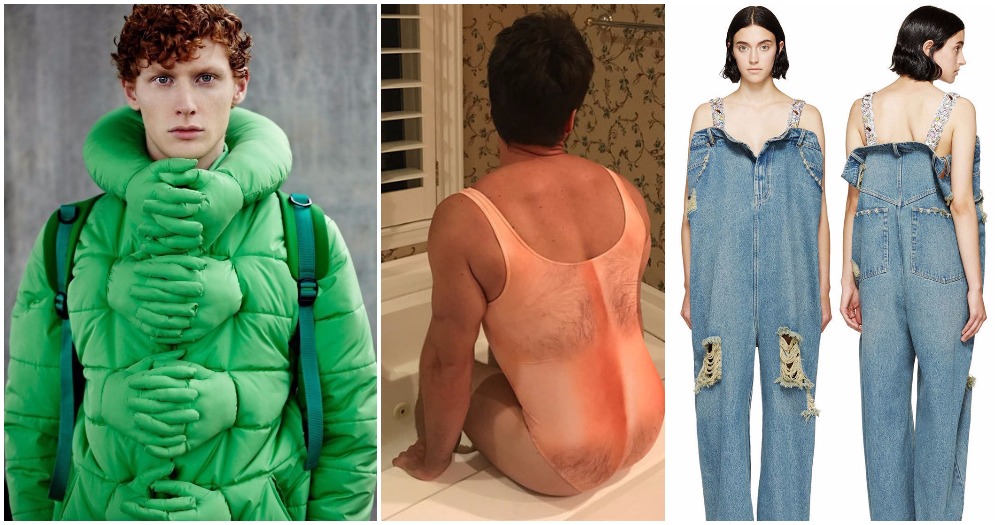 Fashion can either be bold and daring, or totally ridiculous, but if there’s one thing we can say is that it’s rarely dull or boring. Then again, how many different versions of a handbag, T-shirt, or dress can a designer come up with before they start repeating someone else’s work?

So when this happens, designers start coming up with clever new ways to make an old concept look completely different. However, in some cases, it’s a total fashion fail. Just check out these items that are actually being sold right now and will surely leave you speechless because of how bad they are.

1. If you’re trying to catch someone’s attention at the beach, this will definitely do it.

A hairy chest swimwear? Uh, no thanks! It’s too hilarious and weird at the same time, and one thing’s for sure, anyone wearing this won’t have to worry about a creepy guy staring at her body with lust. 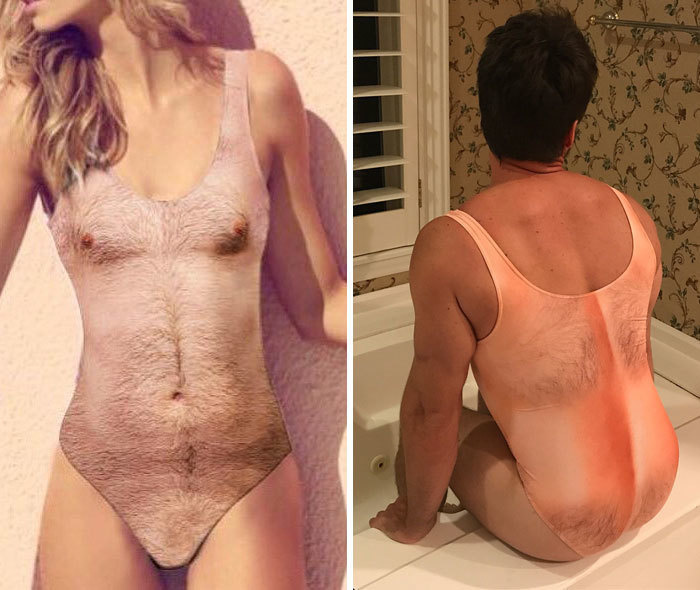 2. See-through plastic jeans, anyone? Only if you’re trying to embarrass yourself.

Imagine if you have to pass gas while wearing one of these things. It’ll fog everything right up and god forbid there should be something “extra” there, as everyone will know what you did. Plus, what happens if you get sweaty in nasty places? Nope! 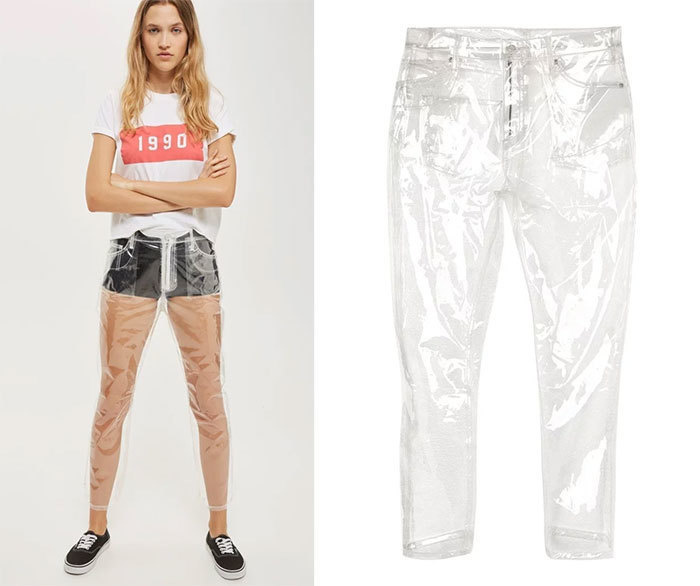 3. Is it a handbag? Nope, it’s more like an armbag, and not the worst idea.

Think about it! If you’re out and about, it’ll be a lot harder to grab your purse and run. Maybe they could, but they’d have to break your arm off in the process. 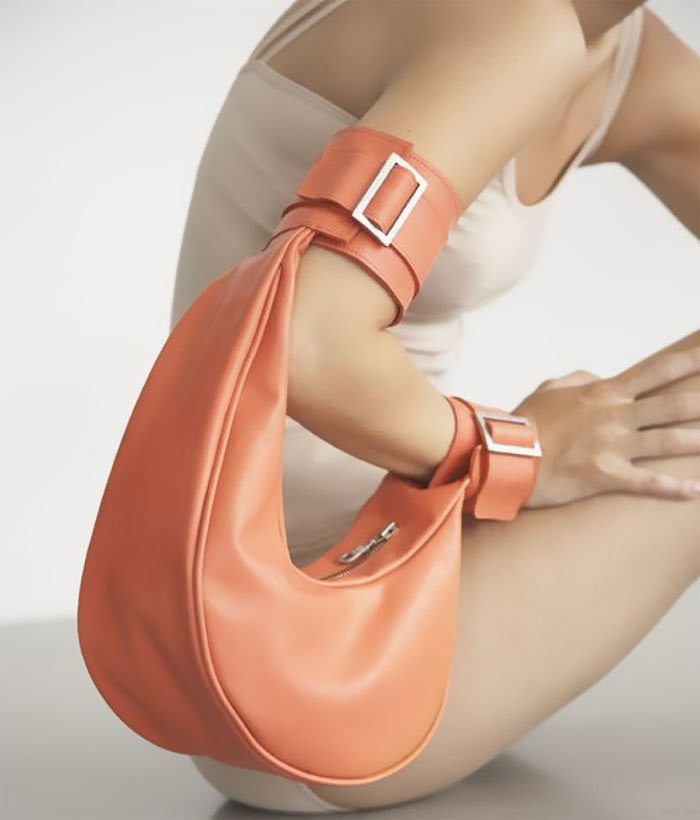 4. Wait! Aren’t cowboy boots supposed to protect you from the elements?

It’s going to be hard to avoid getting bit by a rattlesnake or getting your toes stepped on by a horse or even avoid getting poop on your foot with these cowboy boot sandals. Talk about uselessness. 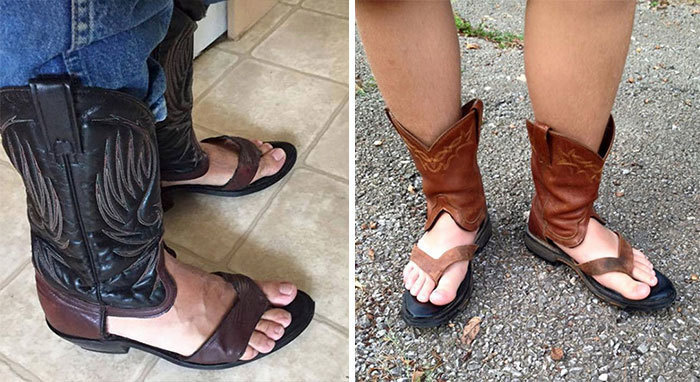