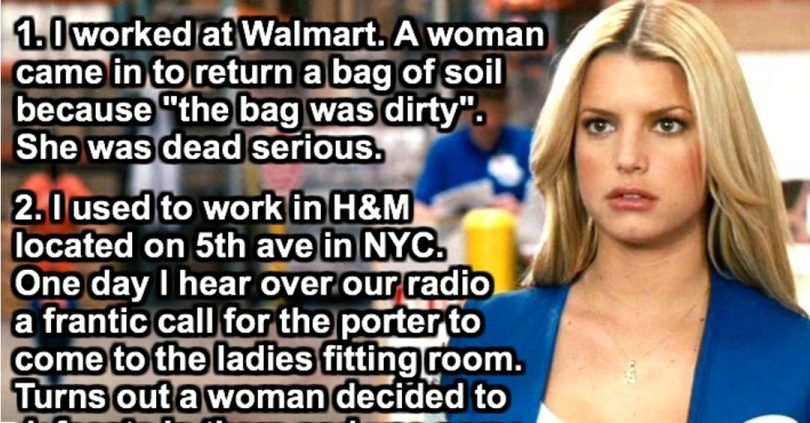 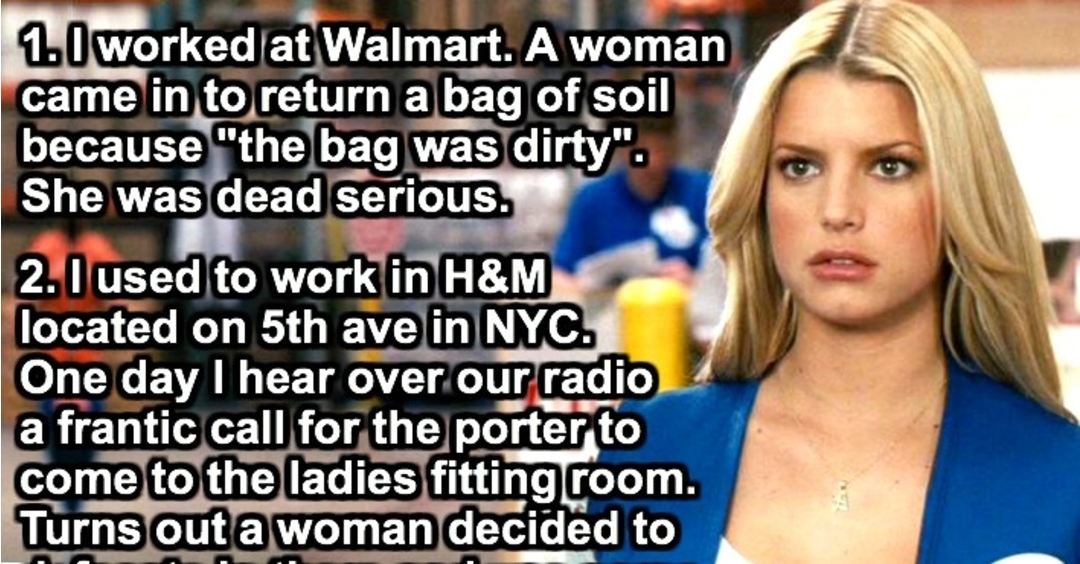 1. I worked at Walmart. A woman came in to return a bag of soil because “the bag was dirty”. She was dead serious. 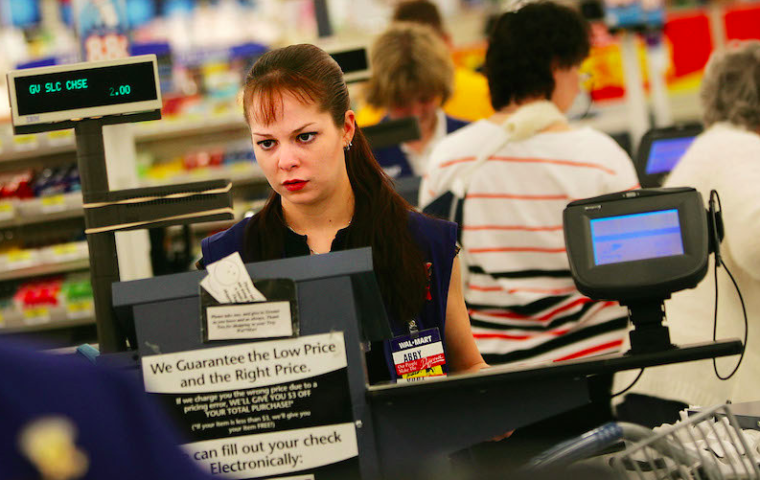 2. I used to work in H&M located on 5th ave in NYC. One day I hear over our radio a frantic call for the porter to come to the ladies fitting room. Turns out a woman decided to defecate in the fitting room, and use some shirts to wipe herself.

The real are you serious moment was that she continued shopping through the store casually. 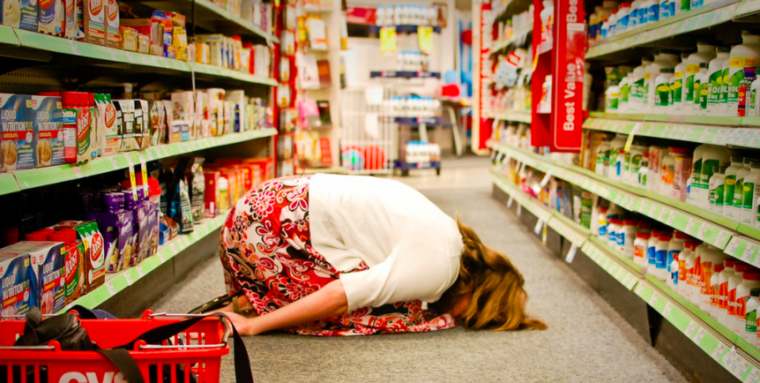 3. Watched a man carrying six bottles of red wine simply drop all six bottles on the ground (shattering them) and walk out of the store, khakis stained bright red like a savage business casual warlord.

My assumption was that it was an accident and he was horribly embarrassed and just left. I’d like to believe that it was an intentional piece of performance art, because it was the most beautiful thing I have ever witnessed. 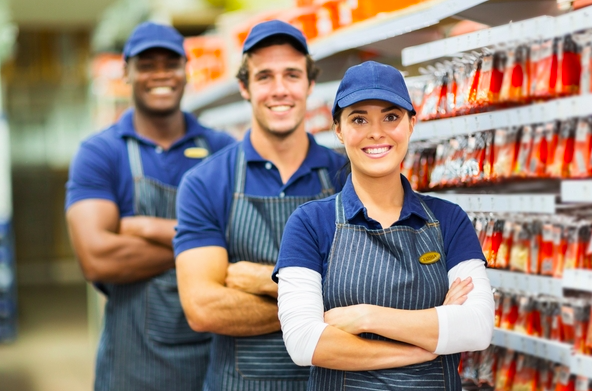 4. I worked at a bakery counter in a grocery store. Lady asks me about a cake that has fresh raspberries on top, I tell her, “It’s a white cake, raspberry filling, and fresh raspberries.” She thinks about it and then asks, “Does it taste like cherries?”

After looking at her and trying not to say anything rude for a good solid minute, I managed to say no, and I walked away into the back. 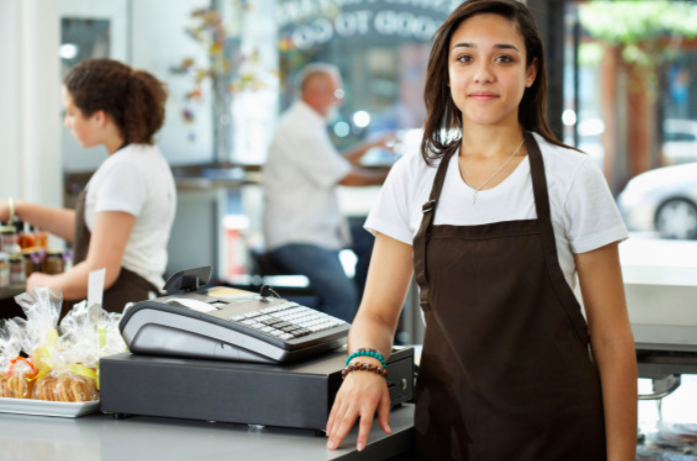 5. I hear “excuse me?” and look up from stocking the milk, which I’m standing in front of. “Could you tell me where your milk is?”

I almost didn’t answer her, milk is basically the whole aisle and I had it in my hands. 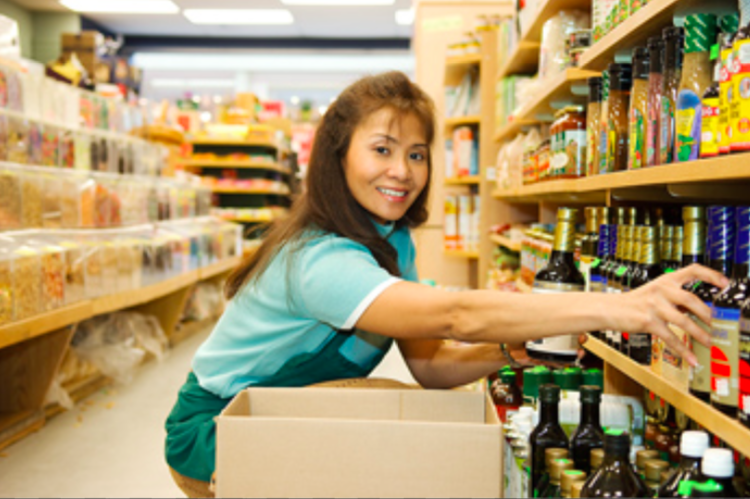 6. One time before HDTV and flat TV’s but still since cable ready TV’s

A lady came into Wal-Mart with a huge floor model console TV, the kind that had no remote, and wanted to return it and get her money back.

She started yelling at me when I told her I wasn’t accepting the return as she had no receipt and the TV was obviously over 15yrs old, and she demanded to speak with a manager.

So I paged a manager who told her basically the same thing, she then started demanding to speak with “Sam”.

“Sam Walton – Your Boss!” she screams.

My manager had about enough of this lady’s BS and told her, “Well ma’am we have a wide selection of shovel in Lawn & Garden so you can go dig him up!” 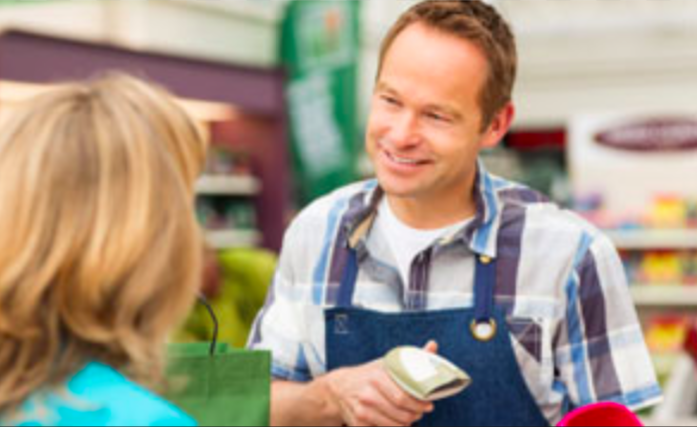