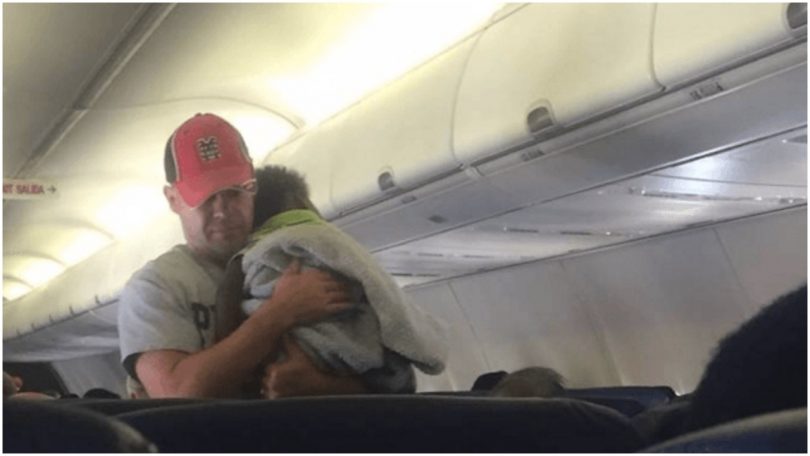 A young man who looked after a pregnant woman’s distressed child during a busy flight has been hailed a hero on social media.

A picture surfaced online earlier this week of a passenger walking along a plane cabin holding a young baby.

The image was taken by an onlooker called Angela Byrd, who revealed that the man has been babysitting for a female passenger on the trip from Minneapolis to Atlanta in order to give her some rest.

Traveling alone with young kids can be super tricky, I mean I’m twenty-eight but still, my parents dread an hour in the car with me. It, however, is especially tricky If you’re pregnant. One guy on a flight between Minneapolis and Atlanta knew this only too well. Instead of just watching on he decided to help a pregnant mother with her young son who has started to cry. 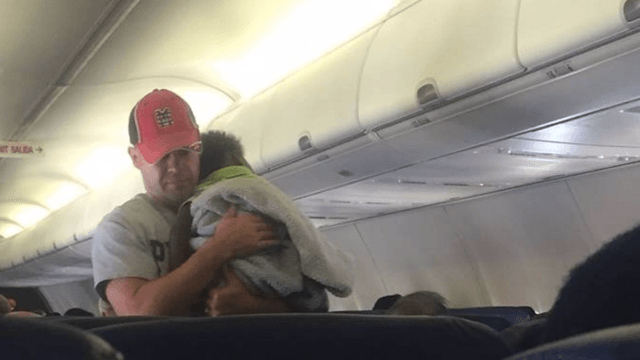 Angela Byrd who was another passenger on the plane witnessed the man’s act of kindness.

In a post on facebook , she told the moving story of how he had helped a pregnant mum who was struggling to comfort her “upset and fussy” baby.

The caption on this reads;

“On a flight back to Georgia, this man, who was a stranger to this woman, offered to help her because she was pregnant and alone on the flight and her son was upset and fussy.

He told her that he was a DAD, and wanted to help her so she could rest. He walked the aisle most of the flight from Minneapolis to Atlanta comforting this woman’s son as if he was his own.

“I was in tears…not because he was white and she was black…but because it showed me today that there are still GOOD people out there in a world full of turmoil.” – Angela Byrd”.

With how 2016 has panned out, with propaganda flying around trying to divide us, we need it put out there that there are times, more often than not, that people help each other no matter their differences.