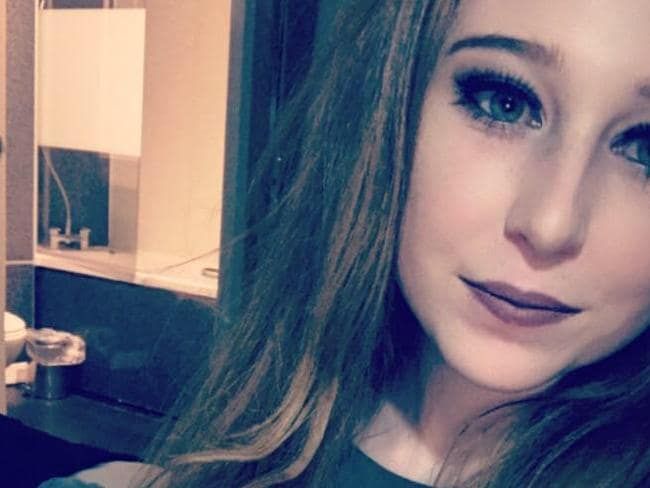 Zoe Adams, who has been jailed for 11 years for stabbing her occasional boyfriend
ShareTweet 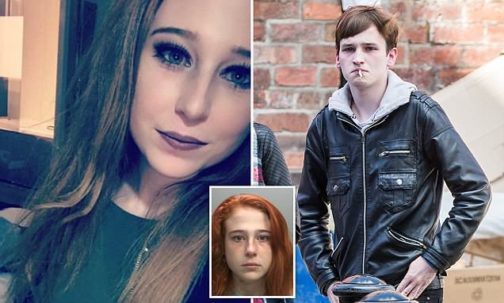 A young mother has been jailed for 11 years for stabbing her occasional boyfriend as they had sexual intercourse after texting him to say men should only be used as “human sacrifice”.

Zoe Adams, 19, had dressed up as a clown and put a pillow over Kieran Bewick’s head to make their encounter more exhilarating on July 29 last year, Carlisle Crown Court heard.

In what she described as an “overreaction”, she whispered, “Trust me”, to the then 17-year-old Bewick before stabbing him five times in the chest, arm and thigh with a 10-inch knife, collapsing his lung.

Having seized Adams’ iPhone, the court heard of images she had saved on the device, which included a blood-soaked woman with the caption “Murder is like a bag of chips: you can’t stop after just one”.

The device also had a text message to her victim reading: “I don’t think about males unless said male is strapped up and being used as a human sacrifice – you should be grateful you are not part of it.”

Adams claimed she could not remember the incident, but sentencing, Judge James Adkin said her “cruel and sadistic” actions were deliberately intended to cause harm to her victim.

He added that she planned the attack, taking the knife and duct tape to her bedroom in Wigton, Cumbria.

Mr Bewick, who is afraid of clowns, had declined Adams’ earlier suggestion to be tied up with the tape, and the pillow was a compromise.

Judge Adkin said: “You had decided to cause serious harm to Mr Bewick during sex.

“I am sure that by that time you had already become uninhibited by drink and drugs and the more sadistic side of your personality had come to dominate,” said Judge Adkin, ruling that Adams is a dangerous offender.

In his victim impact statement, Mr Bewick said he had struggled to sleep since the attack, which left him with the injury to his lung and pneumonia.

His statement said: “I struggle with the knowledge that someone I genuinely cared about would do this to me”.

“Just after I got out of hospital, this thought played on my mind a lot”.

“But having had time to think about it, I am convinced that she planned it. It wasn’t personal. She was going to do it to someone and it just happened to be me. Strangely, that makes it easier to deal with.”

He was going to be scarred mentally and emotionally for the rest of his life, he said, adding: “I have always had a fear of clowns and Zoe knew this. This will now only increase my fear of clowns.”

In a text message, Mr Bewick had told her that a barefoot clown was his worst nightmare.

His  barrister then read aloud the defendant’s text message to Mr Bewick, which read: “I don’t think about males unless said male is strapped up and being used as a human sacrifice – you should be grateful you are not part of it.”