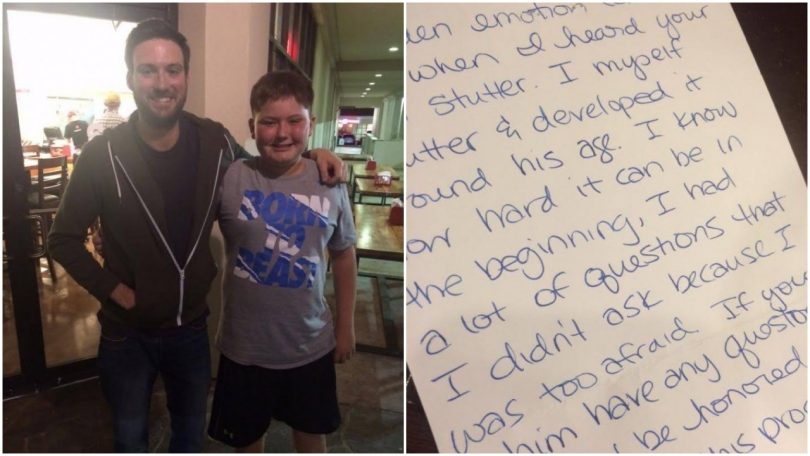 One Texas mom and her three children (including a son who stutters) recently received extraordinary service when they went out for dinner at a local restaurant. The mom became overwhelmed when the waiter later offered her son something much better than the daily special. The boy’s mother later told the day’s very special events in a Facebook post, that has since been shared by thousands across the world.

The boy’s mother later told the day’s very special events in a Facebook post, that has since been shared by thousands across the world.

“I took my three children to an early dinner at Stone Werks restaurant in San Antonio. We were greeted by a kind young man who took our order and had patience with my 11-year-old who sometimes stutters when ordering or talking to new people. After he left, my son said with a smile ‘Mom, did you hear our waiter? He stutters also.’ I did not even notice. Dinner was great but what happened when we left touched this mamas heart. Exiting the restaurant, I was handed a note from one of the staff who said it was from our waiter. It read,

‘Sudden emotion came over me when I heard your son stutter. I myself stutter and developed it around his age. I know how hard it can be in the beginning. I had a lot of questions that I didn’t ask because I was too afraid. If you or him have any questions, I would be honored to help make this process easier.’

He proceeded to leave his name and phone number. Ian, please know I will be calling. You have shown my son that he is not alone. I am forever grateful for your kindness.’” 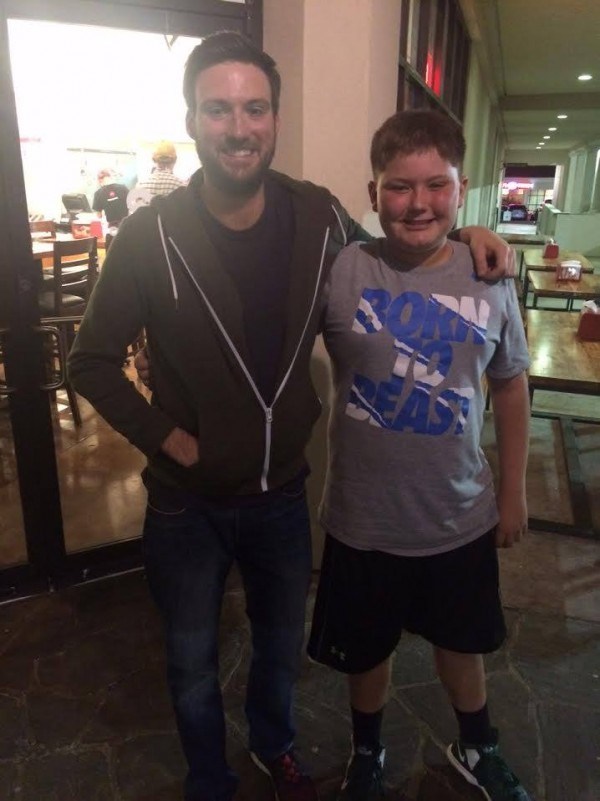 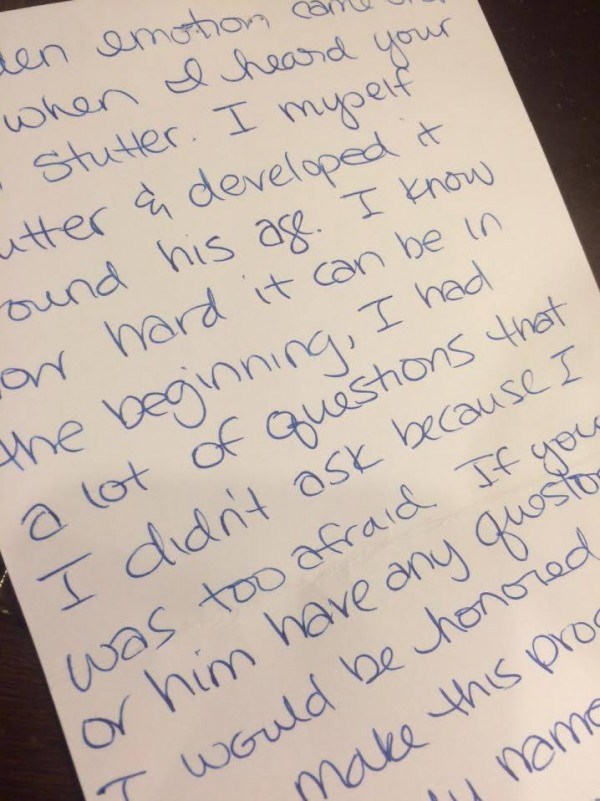