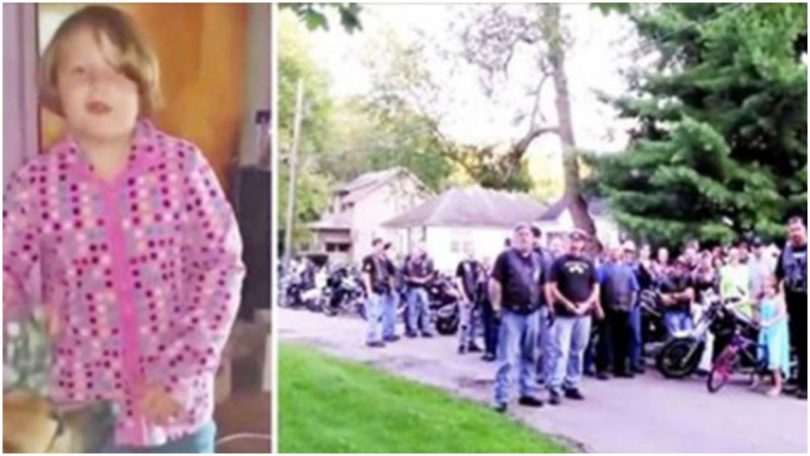 A seven-year-old girl who has been the victim of a neighborhood bully for more than a year has received support from a very special group of bikers, who found out about her plight via Facebook. Now, they are out to stop bullying once and for all. You are going to love this story when you watch the video.

Little Ashley has been tormented by a neighborhood bully for almost a year. He has repeatedly knocked her around, called her bad names, and even beat her up, sending the seven-year-old girl to the emergency room, and him into police custody.

Well, Ashley’s mother has had enough of this and put together a Facebook page to draw attention to her daughter’s situation. 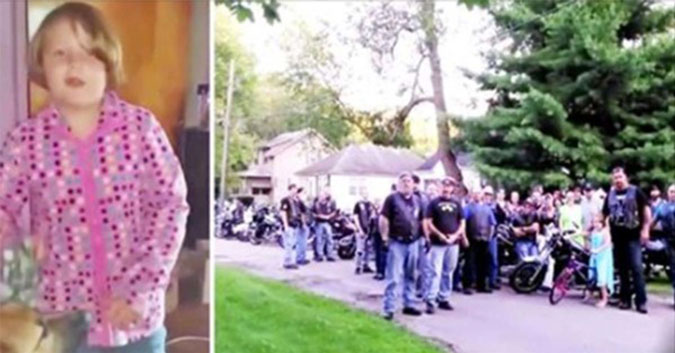 Ashley’s mom created an anti-bullying Facebook page called “Justice for Ashley” to rally support for her.  But you can bet that Christine never expected that these heroes would rally around them!  Dozens of members of a local motorcycle club showed up in Ashley’s front yard to show their support and maybe show a little bit of intimidation to the neighbor bully!

The bikers walked down the street with Ashley while she rode her scooter.  They even paid the bully neighbor a visit.  Ashley yelled from the street with pride, “I’m not scared anymore!”

The bikers promised to stay in contact with Ashley and her family.  They hope that word will spread and violent and destructive bullying will come to an end.  As you watch the video below, you can feel the smile on Ashley’s face.