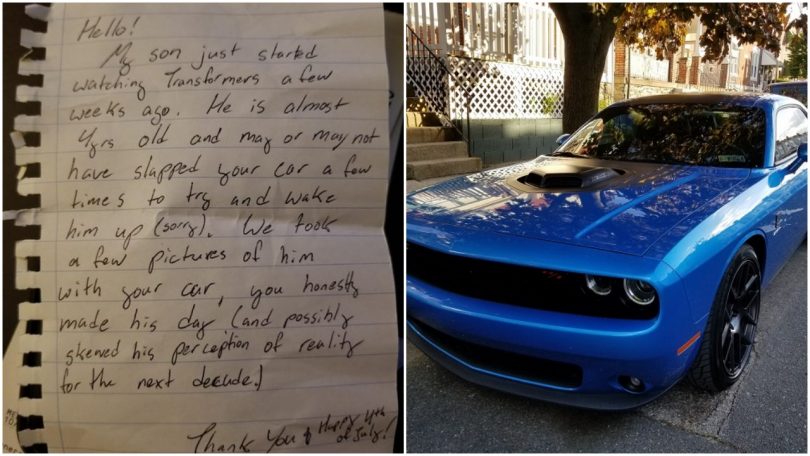 Find a handwritten note on your car and you can likely assume bad news is coming.

Redditor Doc_Toboggan discovered a note on his vehicle recently. Expecting the worst, he was  relieved to find out that nobody hit his car and instead, he made a little kid’s day by owning a flashy car.

Redditor Doc_Toboggan is the proud owner of a flashy, bright blue Dodge Challenger that’s stamped with the Autobot emblem. Which, as we all know, indicates this is one of the good guys. 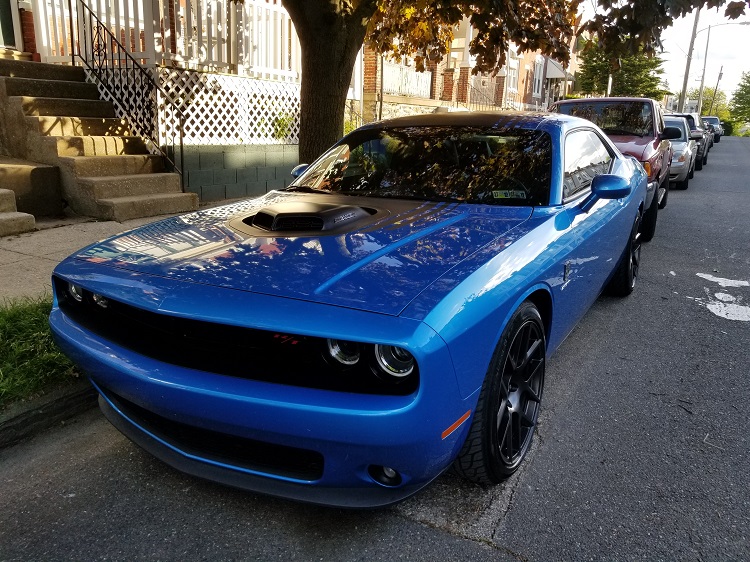 Doc recently found an awesome note on his car…and he shared it on Reddit to make everyone’s day! 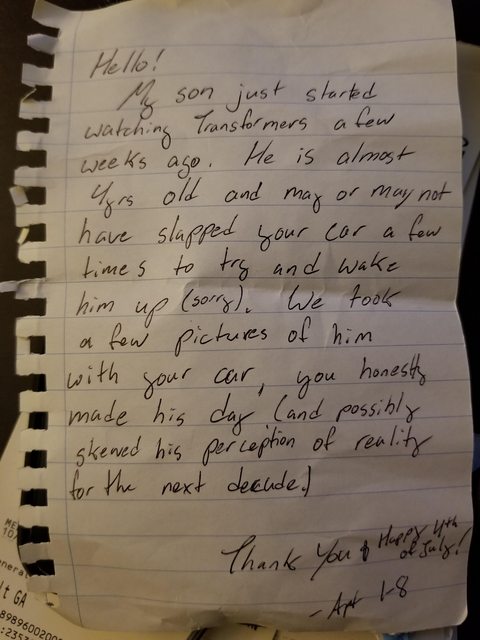 “My son just started watching Transformers a few weeks ago. He is almost 4yrs old and may or may not have slapped your car a few times to try and wake him up (sorry).

We took a few pictures of him with your car, you honestly made his day (and possibly skewed his perception of reality for the next decade.).

The chrome Autobot logos were already on the sides of the Challenger when he bought the car, Doc_Toboggan noted, and though he considered removing them, he’s “kinda glad I didn’t now.” 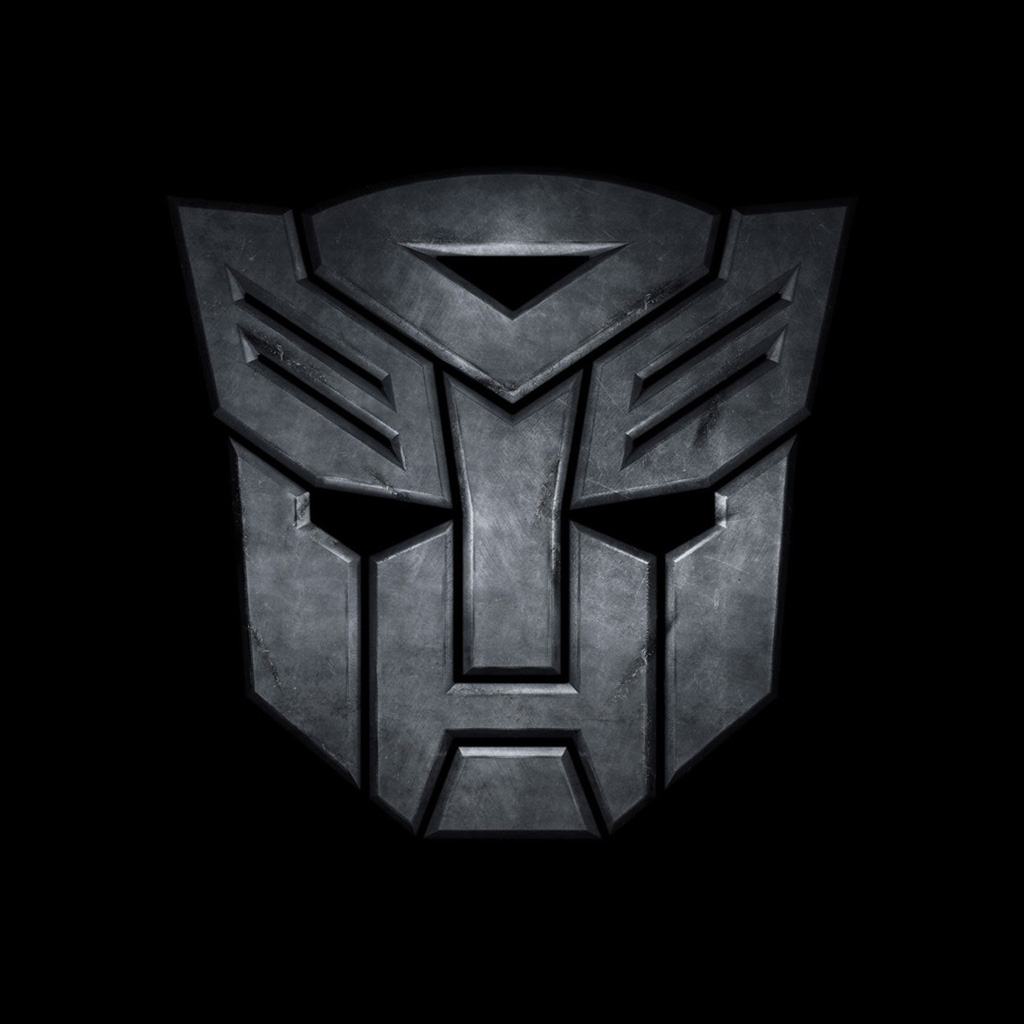