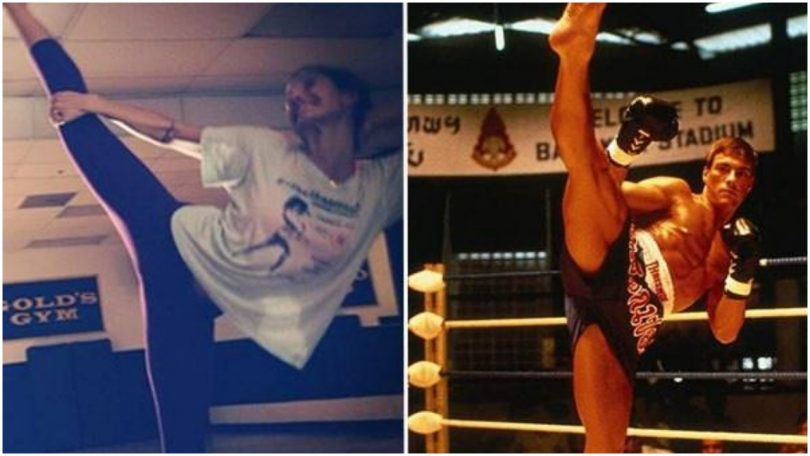 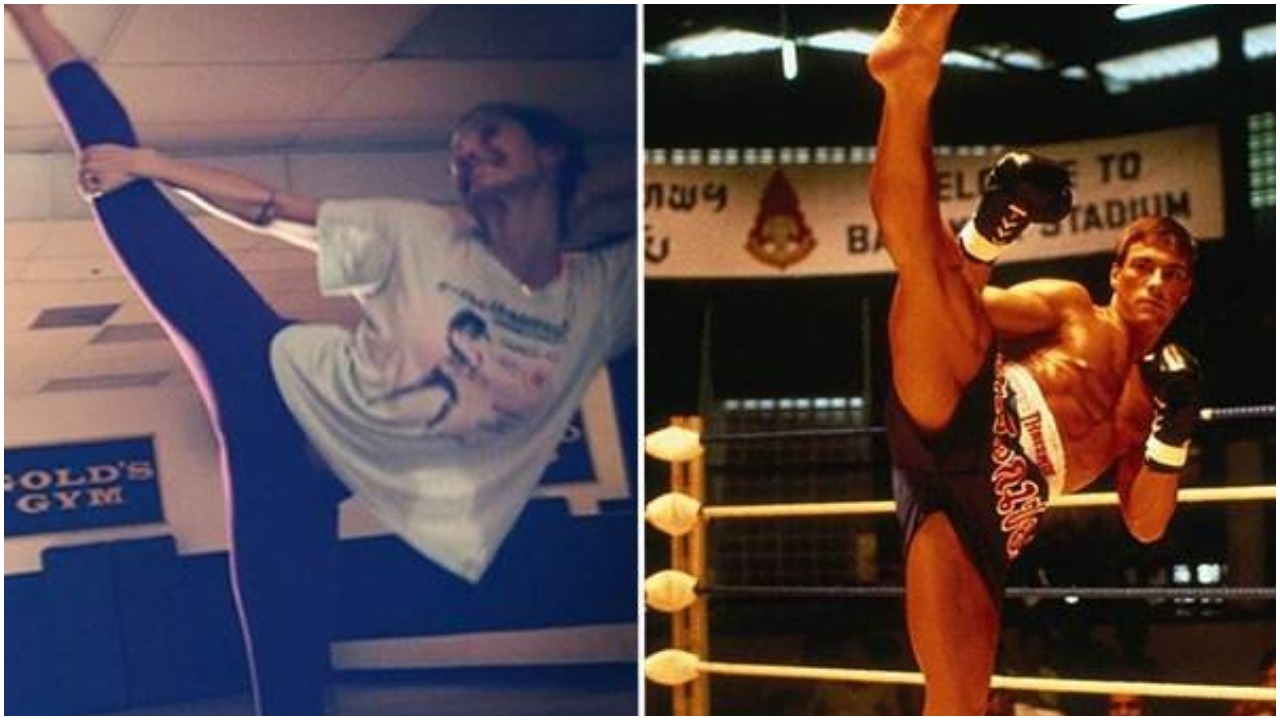 Her Instagram features pictures of her incredible flexibility and strength, and with more than 51,000 followers, she’s something of a social media sensation. Her followers frequently call her an inspiration, and she’s considering a career as an actress.
None of that should be surprising—after all, for Bianca, greatness runs in the family.
She’s the daughter of action movie star Jean-Claude Van Damme, who rose to prominence with roles in hard-edged flicks like Bloodsport, Universal Soldier, and Kickboxer. Jean-Claude Van Damme is a martial arts legend, and he’s still acting today; he’ll play Master Durand in Kickboxer: Retaliation, due for release sometime this year. 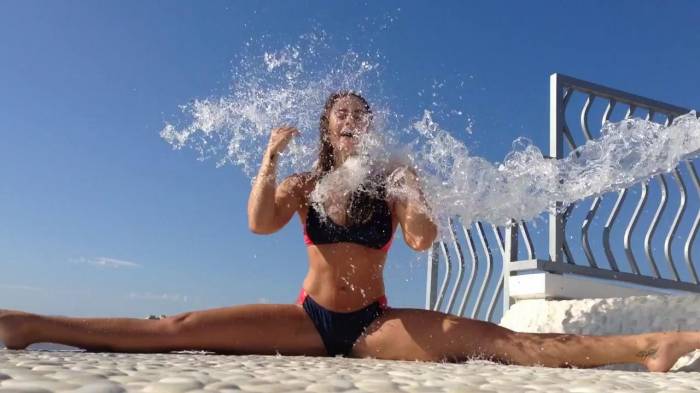 Well, she says she wants to be the inspiration for the youth!

She says, ‘I want to show little girls and little boys that you can be physical and feminine,’ explained Bianca. ‘That you can cross your legs at the dinner table and then kick Ass in a nice, feminine way.’Kind of like how my father brought martial arts to the mainstream for my generation — I want to continue that legacy,’ she added.‘My parents let us do our own thing,’ tells Bianca about her upbringing. ‘When I was young, my mom pushed me into martial arts for self-discipline.’ We’re sure Bianca has an amazing future in fighting and acting! 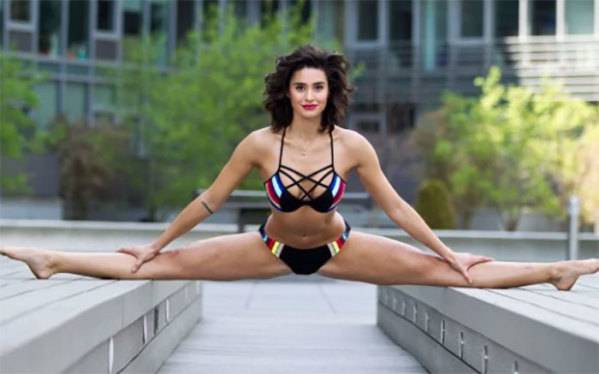 She has also tried her hand at bodybuilding! Not only that, she often chides her dad by telling him how her kicks are often higher than his!

She wants to convey an important message to the youth! Keep reading to know what’s that about! 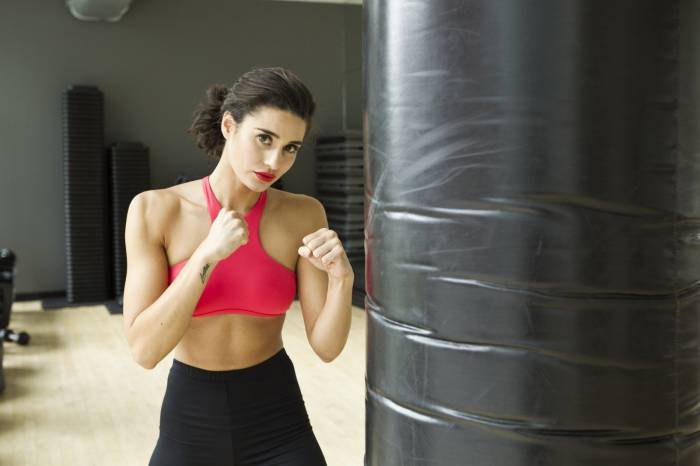 Bianca had already set her foot in the acting industry! She has gone by the stage name Bianca Bree before re-taking her father’s name. This super talented girl has recently starred in ‘Paranormal Activity Security Squad’ and also has numerous other names added to her resume!

And did we mentioned that she can literally beat any of us up? Oh, sure, she could, provided somebody crosses the line!