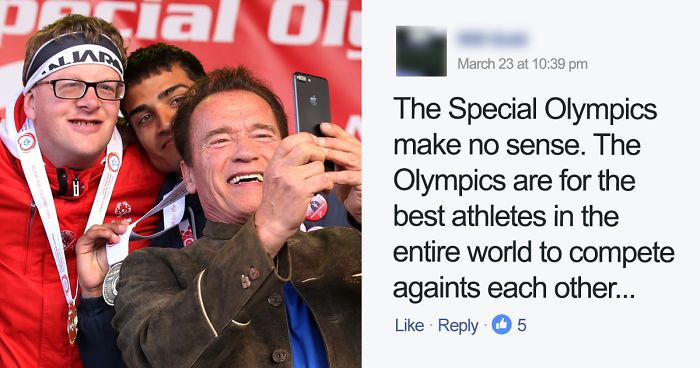 The Special Olympics gives those with mental and physical disabilities an opportunity to develop physical fitness, have fun, and come together as a supportive community.

The event is a great way for the over 200 million people with intellectual disabilities around the world to share in something positive and spread awareness about their lives.

It’s safe to say that the Special Olympians’ bravery and willingness to overcome and even embrace the adversity they face is an inspiration to their peers and most anyone who sees the amazing feats these people accomplish. 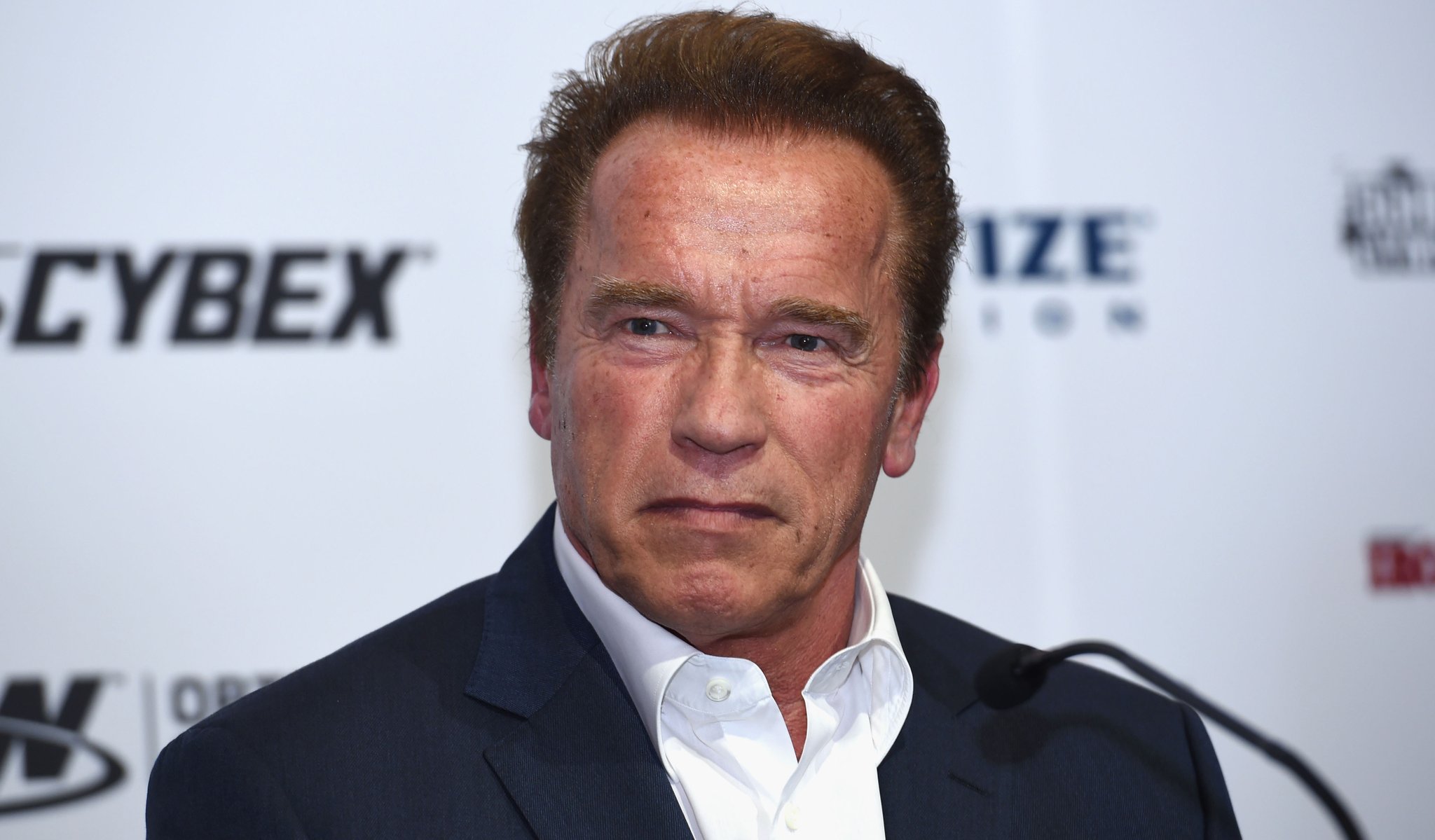 One such fan is none other than the former governor of California, Arnold Schwarzenegger has been attending the Special Olympics World Games 2017 in Austria this week. On March 23, he shared this video of some of the athletes he was so honored to meet. 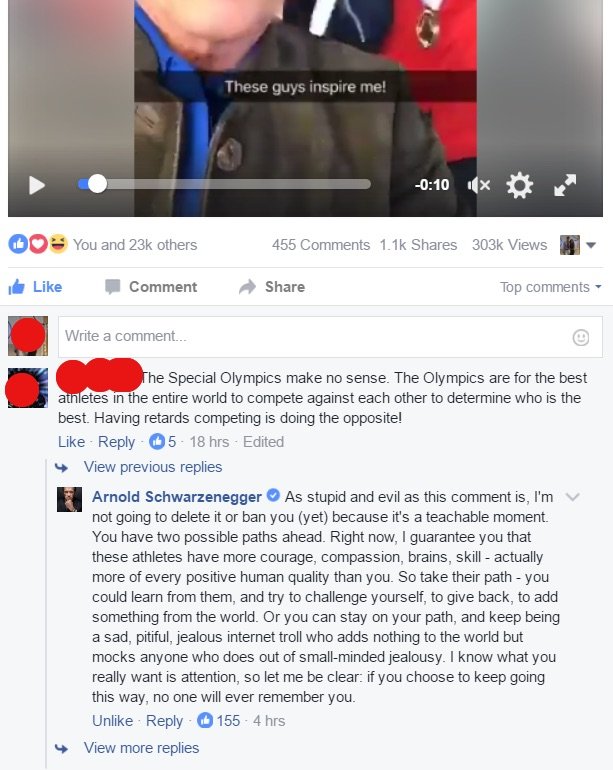 There were plenty of positive comments on the video, but one troll decided to try and ruin it for everyone.

Arnold could have deleted the comment, but he took the time to teach this person a valuable lesson instead.