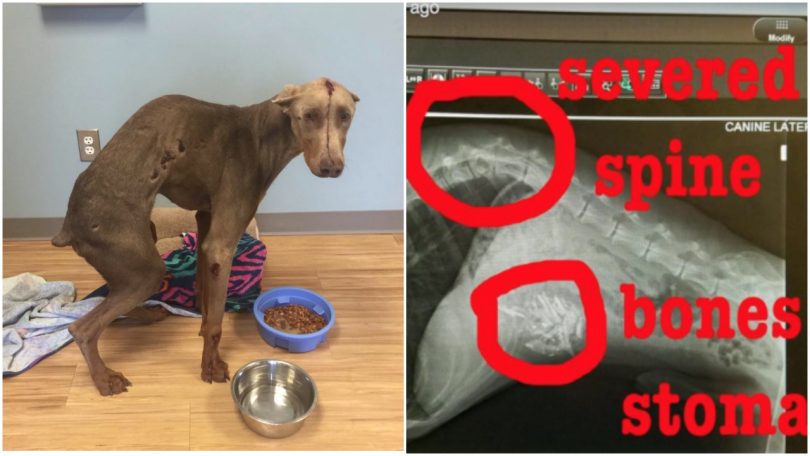 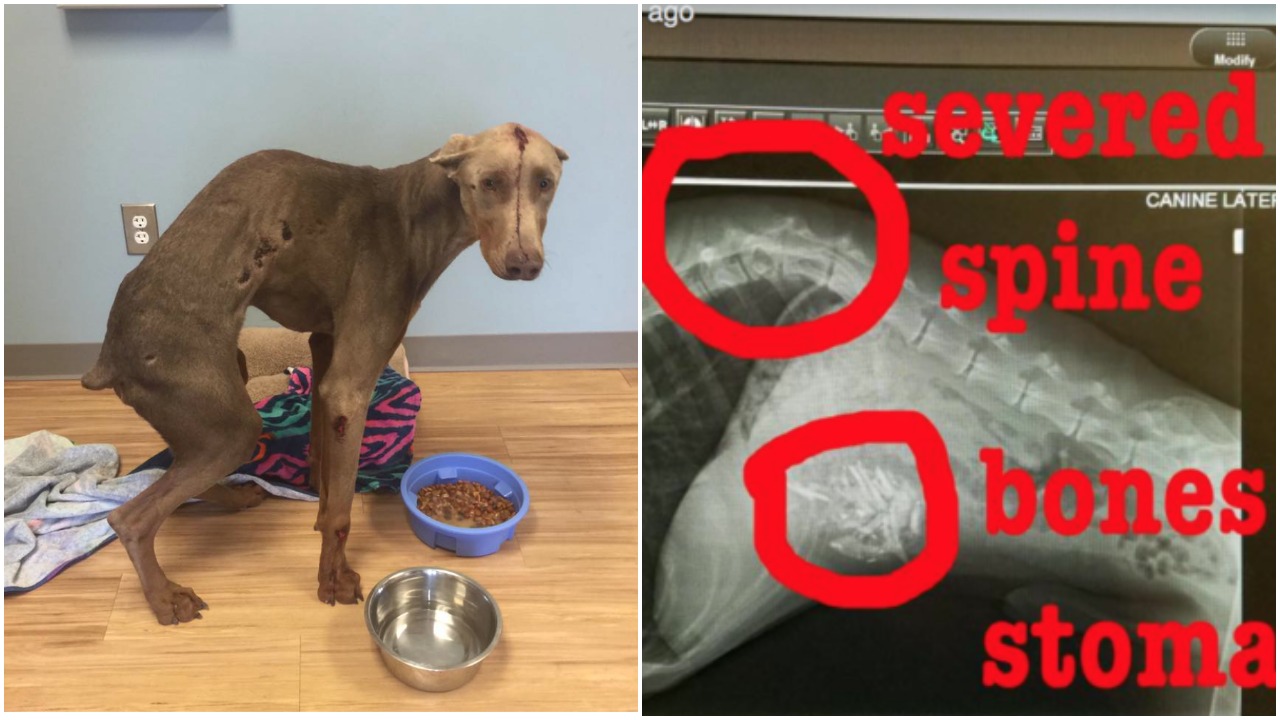 The stray Doberman’s spine was severed, but surgery and physical therapy have Spencer back on his feet and ready for adoption.

It’s hard for dog lovers to imagine why anyone on earth would want to harm an innocent animal for absolutely no reason. Some people are cruel and there is just no way to explain why they do the things they do. This is a story about a poor dog named Spencer who went through a ton of abuse in his first year on earth. 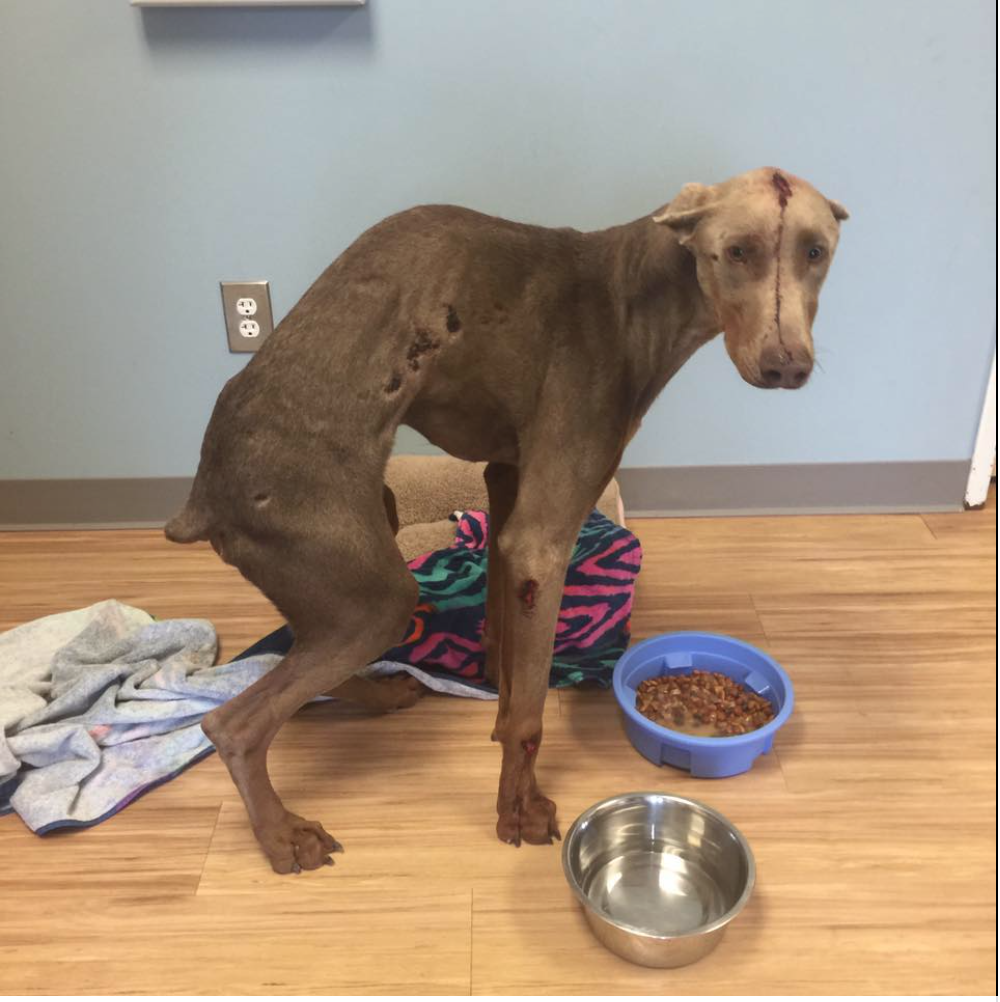 Spencer is an adorable Doberman that was discovered on the side of the interstate in South Carolina; this was after he was hit by a car. He was wandering on the side of the road trying to find some road kill to eat when he was located. 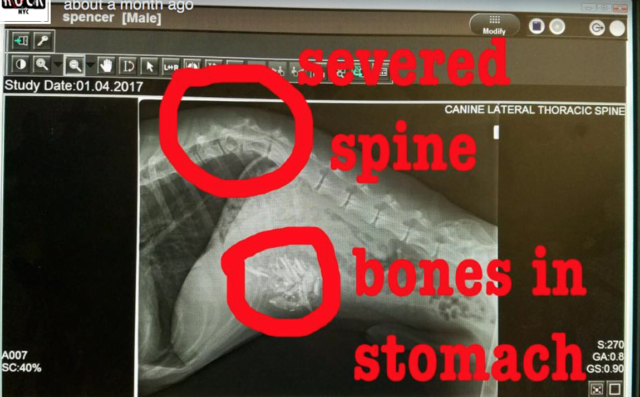 Fortunately, some kind people took Spencer to a vet called Paws and Claws located in Columbia South Carolina. The staff members at the vet could immediately tell that something was wrong with Spencer. It was clear he had a broken back which likely occurred after the car accident. 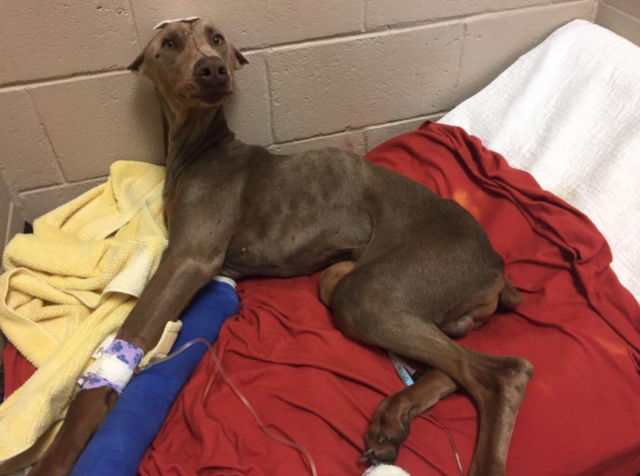 The staff members also noticed he had a poor ear crop job as well that was clearly an at-home job. He also had some x-rays done that revealed he had a clump of really sharp bird bones stuck inside of his stomach. These were actually threatening to tear his gut! He also had gashes on his head and on his legs that were in need of stitches! 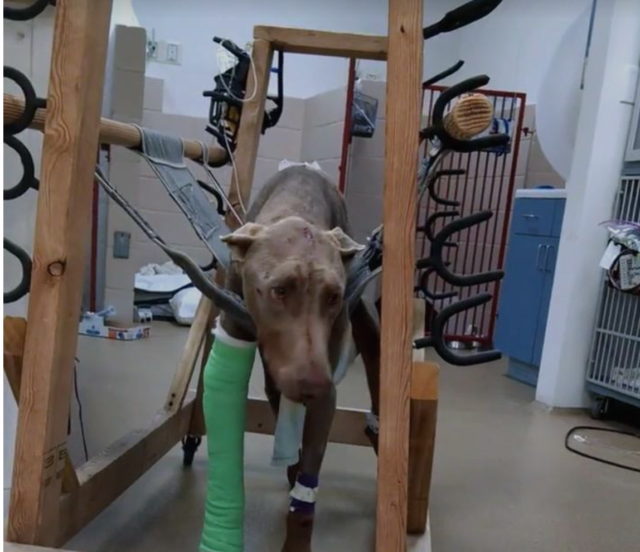 It was pretty obvious someone either abused Spencer and he managed to escape or someone dumped him on the street and left him to fend for himself and try to survive alone. With the help of the VCA Animal Specialty Center of South Carolina, they discovered some great news. Spencer would be just fine because he was so young. They said he still had sensation in his legs and were hoping that surgery would help repair his spine so he could walk again! 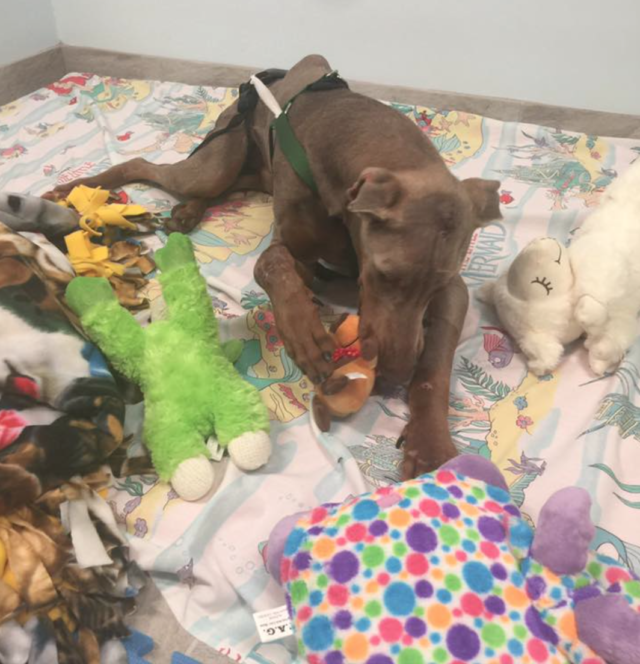