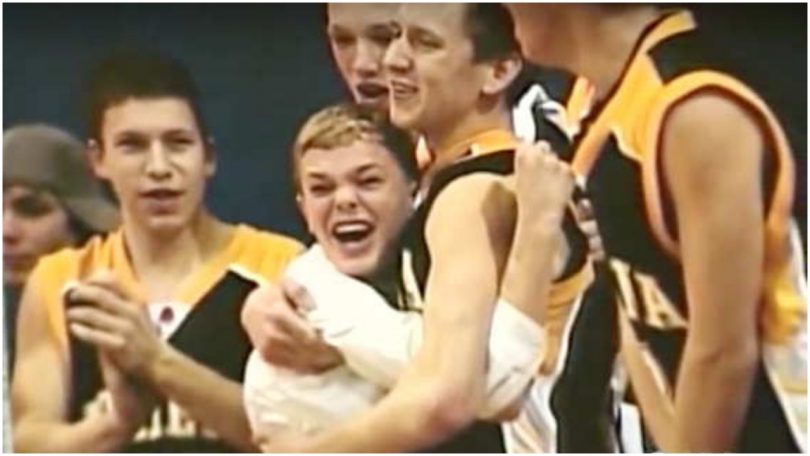 Jason McElwain, a high school basketball manager, got a chance to play one game and shines to the delight of the entire school. If this doesn’t bring tears to your eyes, you’re just not human!

His father said that although Jason had autism, he didn’t find it hard to express himself during the basketball games.

Because he had been so dedicated to the team, the coach decided to let Jason suit up in the uniform to feel like on eof the players… At least that was the plan.

After years of fetching water and towelling off the player’s sweat and with just 4 minutes left, the coach decided to let Jason play the end of a match during the last game of the season.

After missing his first two shots, the coach and Jason’s father prayed that he would be able to score at least once. Jason did the unexpected and scored a three-pointer… And he didn’t stop there!