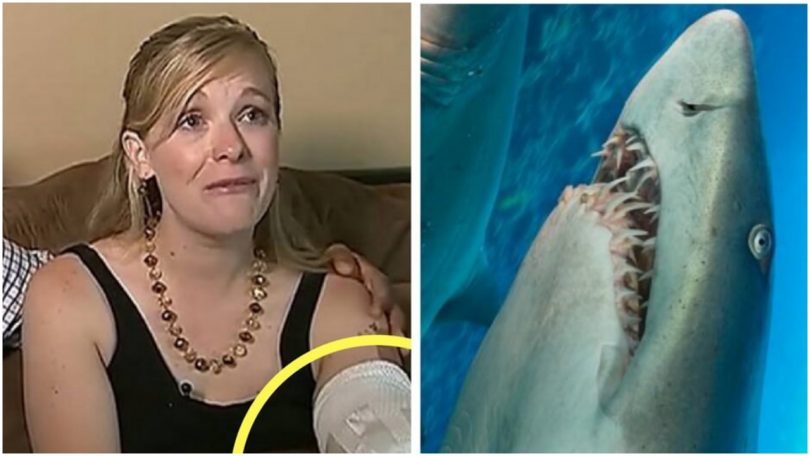 The “Jaws” theme didn’t play, the cellos didn’t quicken, it seemed like it all happened in slow motion, yet it was over before she knew it. By the grace of God, a Concord, North Carolina, mother of three survived a shark attack while on vacation in the Bahamas last week.

Tiffany Johnson and her husband James were on the last leg of their cruise when the unthinkable happened. The couple was snorkeling in an area that had never seen sharks before, so the predator of the sea was the furthest from their minds. 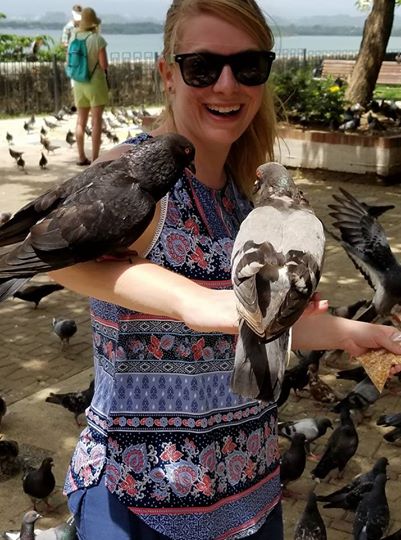 While Tiffany was in the water, James was still on boat, just 20 feet away. While enjoying her swim, Tiffany felt as if she had bumped into something on her right side.

It didn’t hurt at first, so she casually turned to look at what was beside her. To her surprise, what she believes to have been a Tiger Shark was staring back at her, her arm in its mouth.

Instinctively, Tiffany attempted to yank her arm out of the shark’s mouth, but this only made it bite down harder. For several moments, Tiffany struggled to get her arm free, but eventually it was severed and she was no longer in the shark’s grasp.

Tiffany tore off her snorkeling mask and cried out for help. “Help me, help me, Jesus,” she yelled.

Hearing her cries and seeing the cool, blue water turn red, James jumped in to save his wife. The entire time, James prayed the shark wasn’t following them.

As Tiffany was taken to a hospital in the Bahamas to stop the bleeding, she prayed over the situation. She prayed for her kids, the doctors who would be treating her, and that somehow her story would bring glory to God.

Even in the water, Tiffany had a feeling that this wasn’t the end for her. She knew that God had his hand over her and was going to deliver her out of the pain she was feeling.

Though Tiffany lost part of her right arm in the shark attack, she doesn’t like to think about what she is missing. Instead, she is choosing to focus on the fact that she is still here and can impact others with her incredible story of faith.

Tiffany had two surgeries at the hospital at the Bahamas and was then transferred to the states for a third surgery. Sometime in the next few weeks she will be fitted for a prosthetic.

In her heart Tiffany knows that she would not be alive today if it wasn’t for God’s intervention. “I’m thankful to be able to share this story and I hope, and I know,” she said, “that it’s going to change people’s lives because you can’t hear this story and not see God in it.”