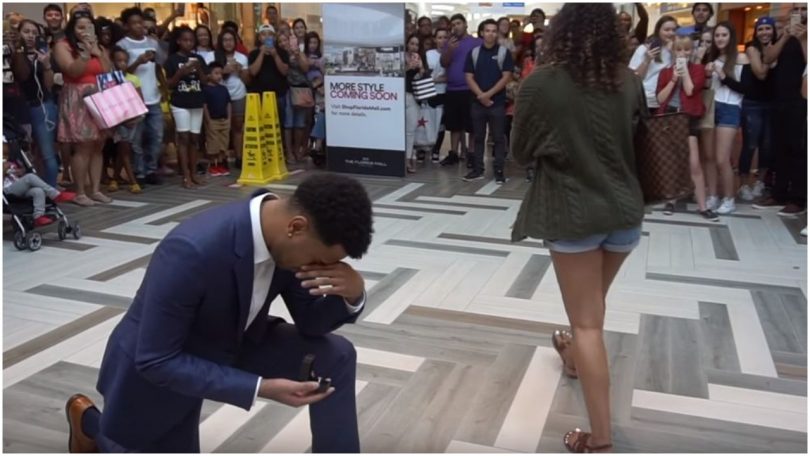 This is the moment a man got revenge on his ‘cheating’ girlfriend by carrying out an elaborate spoof marriage proposal.

Guy tries to propose to his long term girlfriend and fails but the crowds’ reaction completely shutters his heart.

In a viral video doing rounds on social media, you will notice a guy who is left heartbroken after his long term girlfriend rejected his marriage proposal. Furthermore, this is all happening in a crowded mall where many people witnessed this sad act. 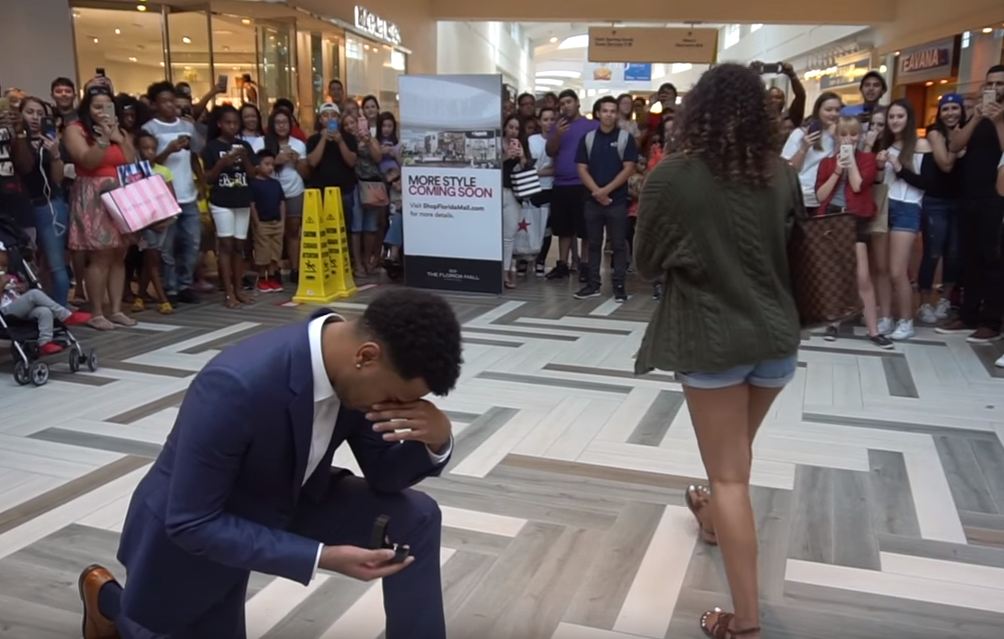 However, it seems that most of the people were glad and happy to see the embarrassing outcome for this poor soul.

First, he gathered as much people as he could and let them know that he will be proposing.

When the girl arrives all hell broke loose!

He said, “Baby, you mean everything to me. These past four years have been the greatest years of my life. I’ve been waiting for this moment. I’m finally here and I’m happy. I’m ready to make you mine. I just have one question “Will you marry me?”

Due to his surprise, she said the less magic word, NO!

BUT THE MOST SHOCKING AND DEVASTATING OF ALL IS THE CROWD’S REACTION, MOST OF THEM LAUGHED!
Only one guy gave comfort to the rejected boyfriend and helped him get up on his feet.

But don’t worry, everything was staged “YouTuber Prettyboyfredo says,” We did this prank just to see what kind of reaction we would get from the crowd. There were a lot of people laughing & not many people helpful of someone who had gotten rejected.

He said: “We encourage all of our subscribers to help someone when they have fallen down. Rather than kick them while they’re already down.”

So, the question is, are you the type that will laugh when somebody is falling or you going do the right thing and help.