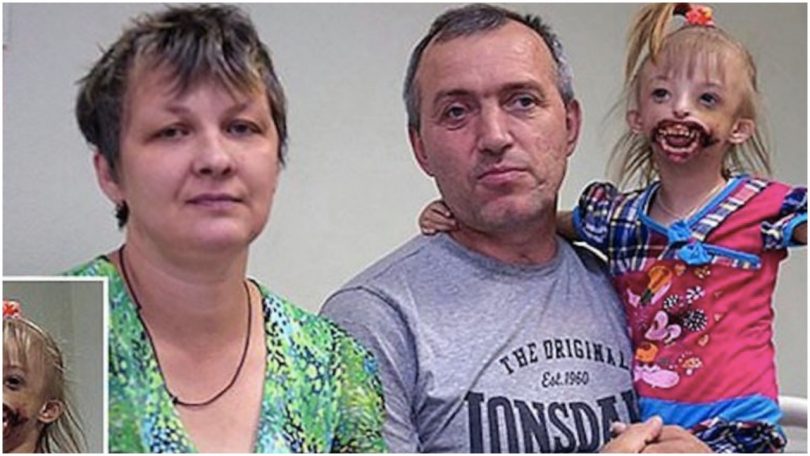 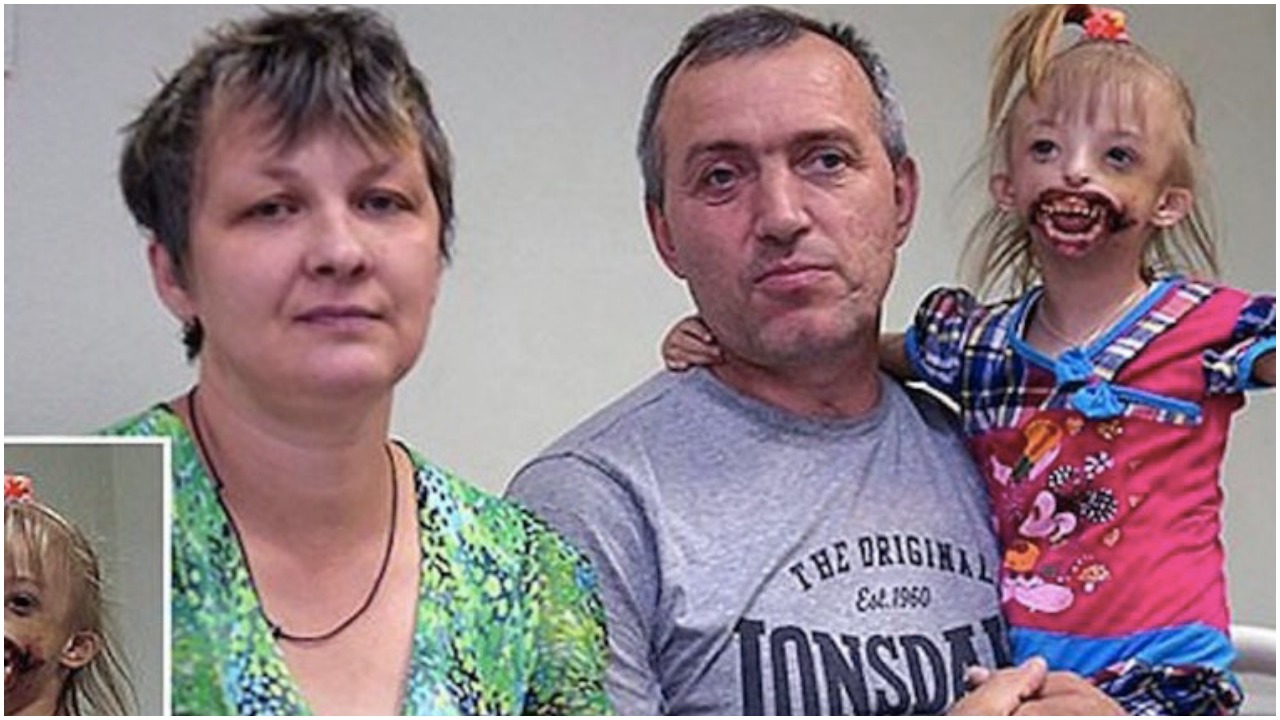 Darina Shpengler is a three-year-old Russian girl who was born with a grave genetic failure which has resulted in 8 bodily mutations, the most serious of which is being born without lips and a chin. Elena and Yury Shpengler (her mother and father respectively) explain that Darina’s mouth is constantly bleeding and she still can’t eat solids, only liquid food. 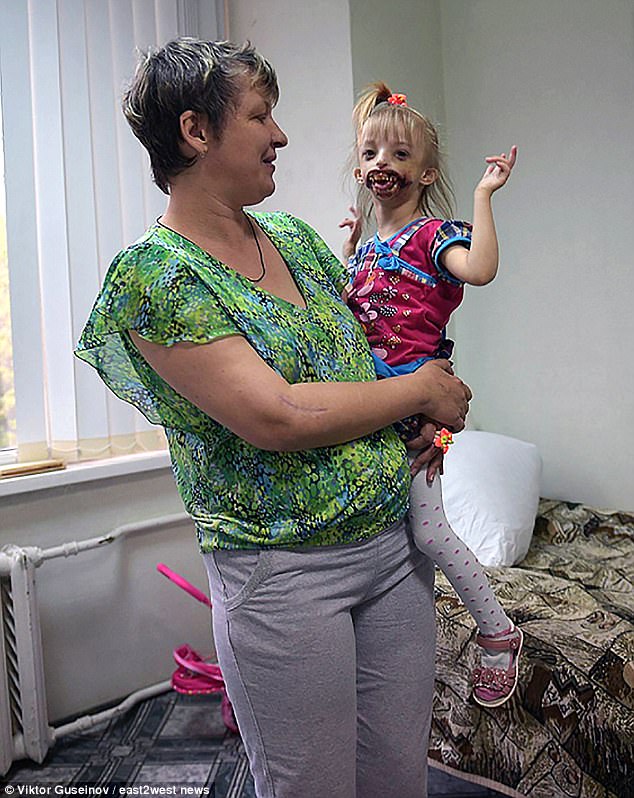 Want to know of the elections in the UK are going? Hit up Twitter. Need the latest of the dog meat festival in China. Attention – Facebook. Because of this constant need to feed the world’s attention span, we are also introduced to unusual conditions and the people who carry them.

They Call Her ‘Monster’ And Demand She Wear A Mask 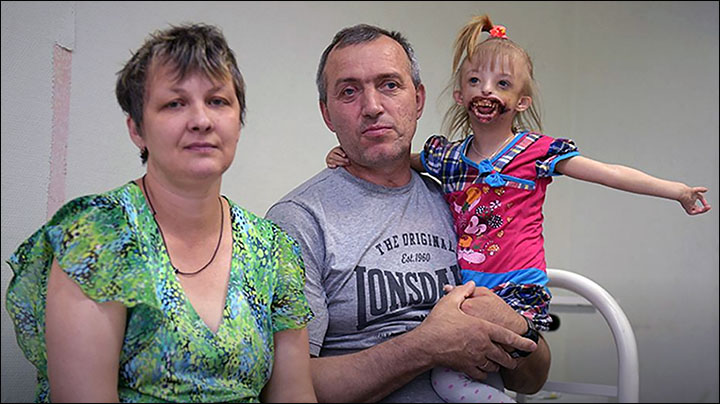 Before, said stories would be buried somewhere in the back of the daily paper. Now, they pop up on your news feed like a need-to-know alert. Take the case of this little girl from Siberia. She has an unknown malady that prevented her from having the bottom half of her face. No jaw. No lips. And as you can see in the photos provided, she does offer an unusual look.