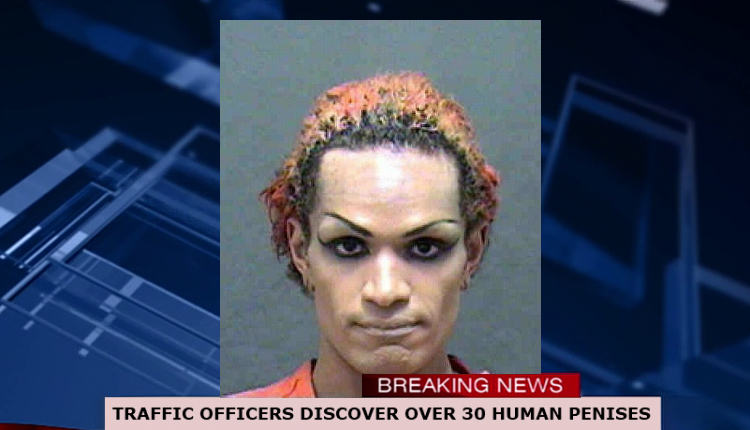 Highway patrol officers in Florence, South Carolina have made an unusual discovery during a routine traffic stop: A 53-year old man was pulled over and a bag full of human penises was found inside his car.
“He was sweating profusely and grinding his teeth together,” said one of the officers who made the discovery. “I asked him to step out of the vehicle and place his hands on the roof. He did that, but he kept glancing in the direction of the trunk.”

Officers noticed a vehicle with a damaged tail light early yesterday morning, but were not prepared for what was to follow after they pulled over the driver. Upon approaching the vehicle, they observed that the single male occupant was exhibiting signs of nervousness.

Suspicious, the officer approached the rear of the vehicle. “I detected a strong rotten smell and asked the driver what it was. He told me not to open it and said it was none of my business. I had reason to believe there was something illicit inside so I went ahead and opened it up.”

What the officer was not expecting was to find a bag full of human penises – over 30 of them – inside the trunk of the vehicle. “I was completely shocked, I have no idea why he’d have a sack of penises and he completely clammed up after we made the discovery.”