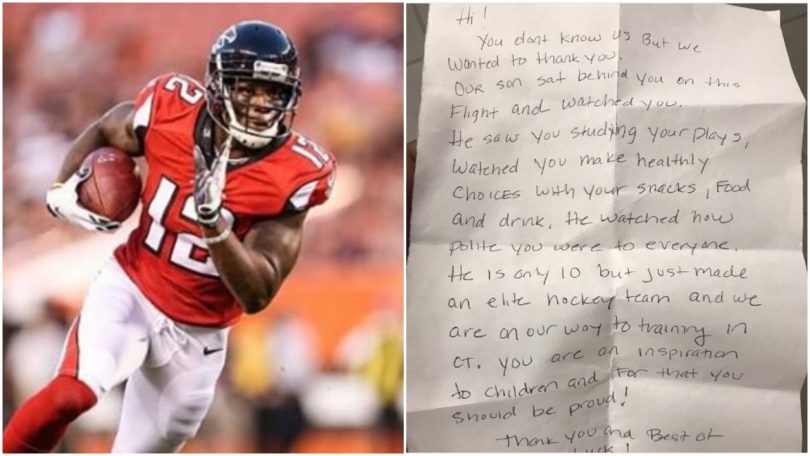 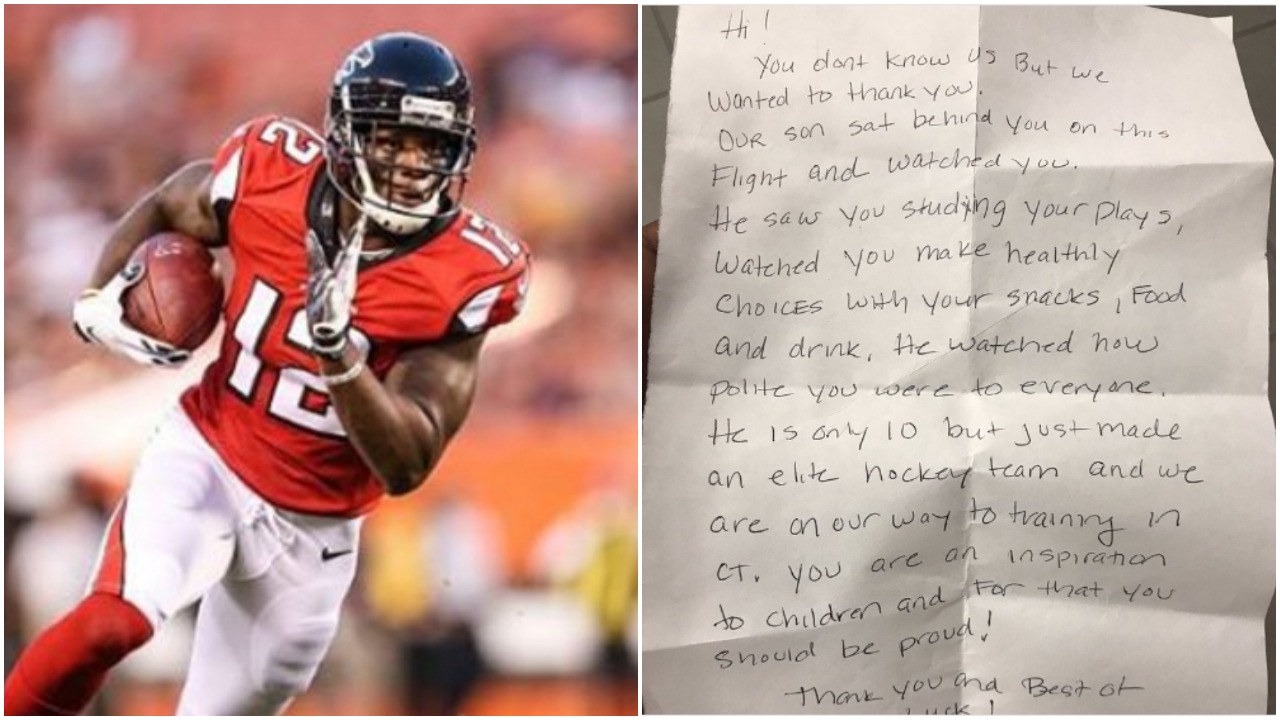 For better or for worse, professional athletes are role models for kids around the world, and former Rutgers product Mohamed Sanu just showed one family that it can definitely be for the better.

The Falcons wide receiver was recently on a flight sitting in front of a family that gave him a hand-written note as they were exiting the plane. Sanu tweeted a picture of that note, with the parents thanking him for being a role model for their 10-year-old son who sat behind him, watched him study plays, make healthy food decisions and be polite to everyone around him.

Sanu is a wide receiver on the Atlanta Falcons. 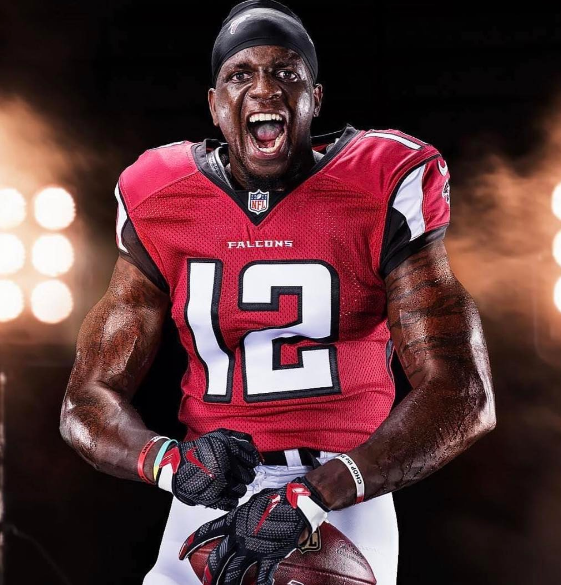 Recently he was on an airplane traveling to a spring football game when a woman who had been sitting behind him approached him.

The woman handed him a letter. 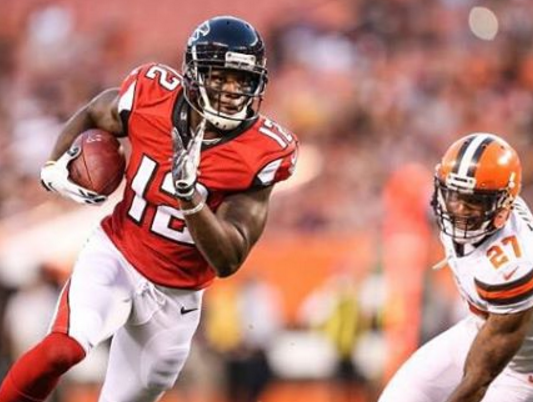 When Sanu read the letter, he was both surprised and touched. 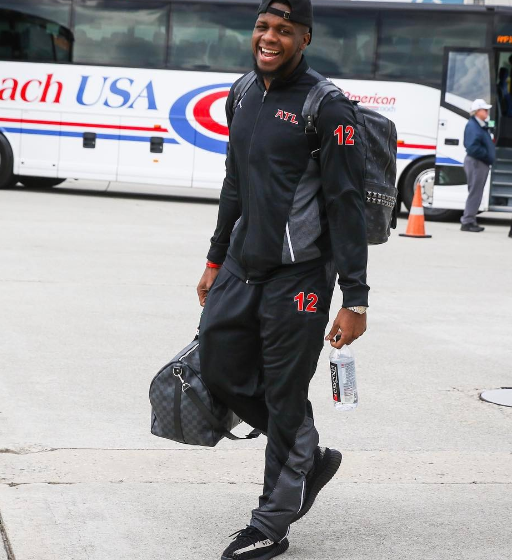 The letter began with a short but sweet introduction: “You don’t know us, but we wanted to thank you.”

The letter continued: “Our son sat behind you on this flight and watched you. He saw you studying your plays, watched you make healthy choices with your snacks, food and drink.” 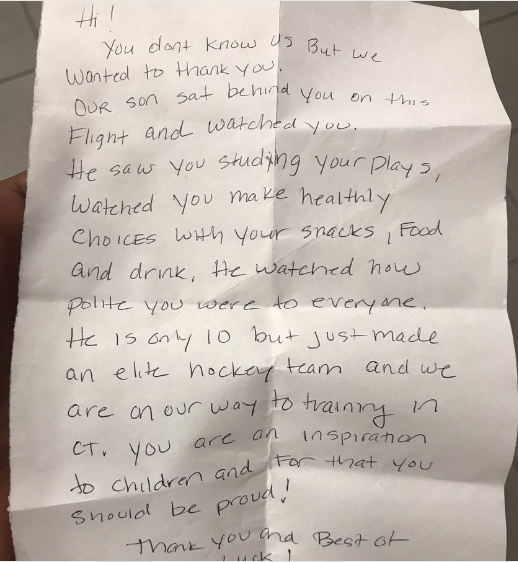