Marriage is one of the most sacred traditions known to man.

It’s a celebration of the union of two people who intend to spend the rest of their lives together.

But those who feel anxious about a life as a singleton forever fear not, as finding a soul mate may not be as tricky as it typically once was.

Instead these romantics from around the world have chosen to marry anything from inanimate objects to animals. 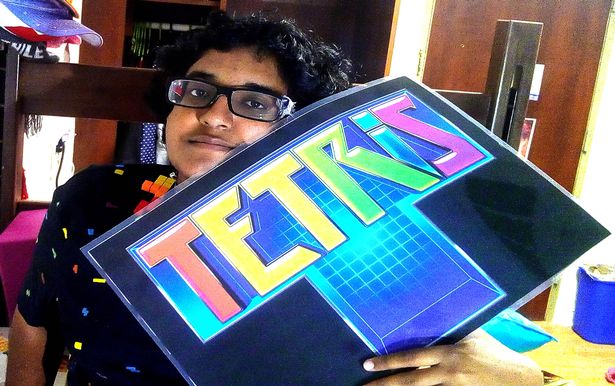 A high-flying maths student has revealed that she plans to marry her Tetris video game.

Noorul Mahjabeen Hassan identifies as an Objectum Sexual – which means she is attracted to objects.

She said she’s been in a relationship with a calculator she named Pierre and admits she has also felt attracted to monorails, iPods and a GPS system.

The 20-year-old, who likes to be known as Fractal Tetris Huracan, surrounds herself with Tetris-shaped objects in her room.

She said she now plans to marry the game when she graduates from the University of Florida. 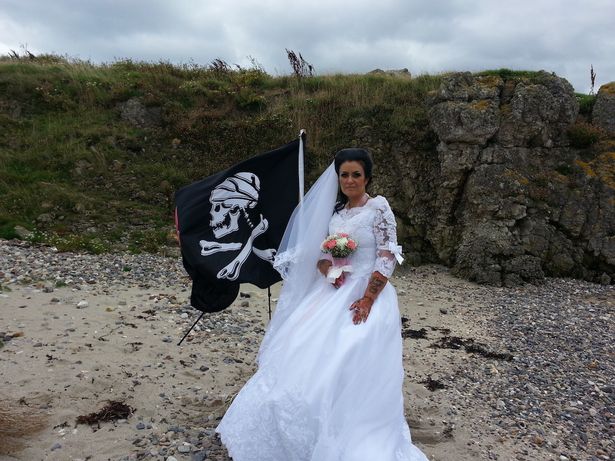 A woman who married the ghost of a pirate has revealed she has split from her 300-year-old husband and has issued a warning.

Irish Jack Sparrow impersonator Amanda Sparrow Large, 46, made headlines when she was legally married to the Haitian pirate by a shaman priest.

Amanda said she’d found her soulmate in the pirate from the 1700s, who was executed for thieving on the high seas.

They tied the knot in a boat off the Irish coast in international waters.

But now the mum from Drogheda, Co Louth, Ireland, has revealed the unlikely union is over and warned people to be “very careful when dabbling in spirituality”. 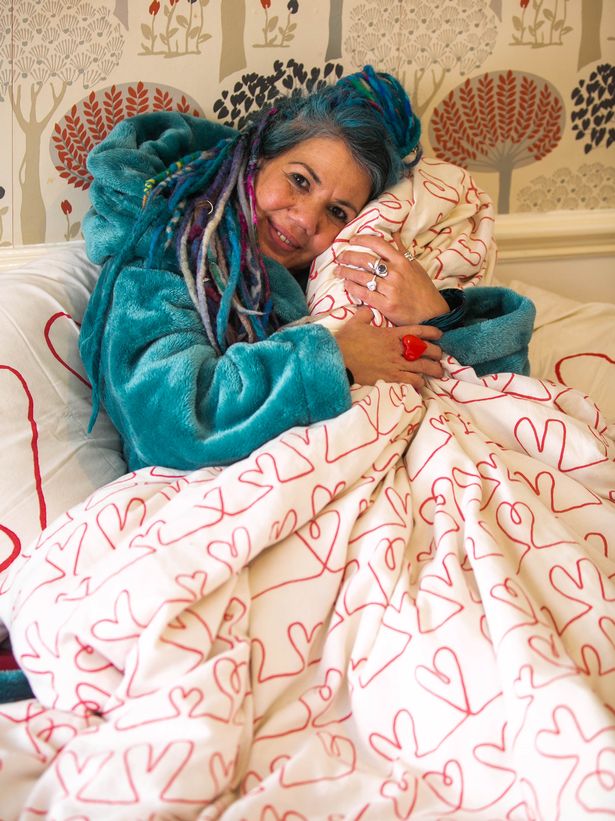 Mirror reported that a woman is planning to marry her duvet as she claims it’s the ‘most intimate and reliable relationship’ she’s ever had.

Pascale Sellick, 49, is organizing a lavish ceremony  with the help of a wedding planner to celebrate her love for the bedding.

The artist, from Devon, who describes herself as a “rude, crude, spectacular exhibitionist”, issued an open invitation to anyone wishing to celebrate with her.

She said: “My duvet is the longest, strongest, most intimate and reliable relationship that I have ever had. That’s because it has always been there for me and gives me great hugs. 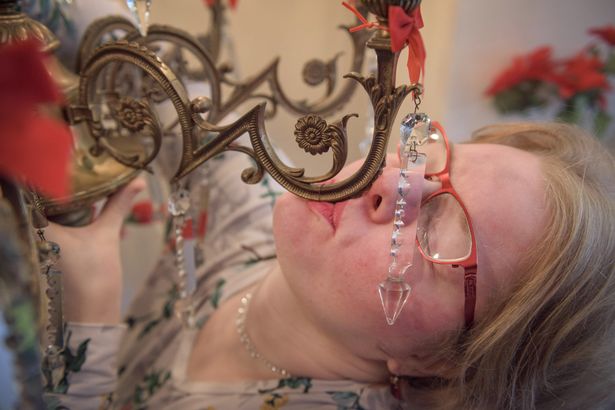 Amanda Liberty from Leeds has filled her home with 25 hanging lamps after spending hundreds of pounds on some of her favorites.

The 33-year-old has embarked on an ‘open relationship’ with the chandeliers and is ‘engaged’ to a 28in wide light called Lumiere after buying it on eBay.

She says it was love at first sight and, after spending £400 on the antique from Germany, Lumiere is regularly showered with cuddles and kisses.

But she prefers to spend her nights cuddled up to Jewel, a portable chandelier that she happily tucks into bed with her.

Amanda identifies herself as objectum sexual, which means that she is attracted to objects – and first fell in love with a drum kit at 14 and later the Statue of Liberty before changing her surname. 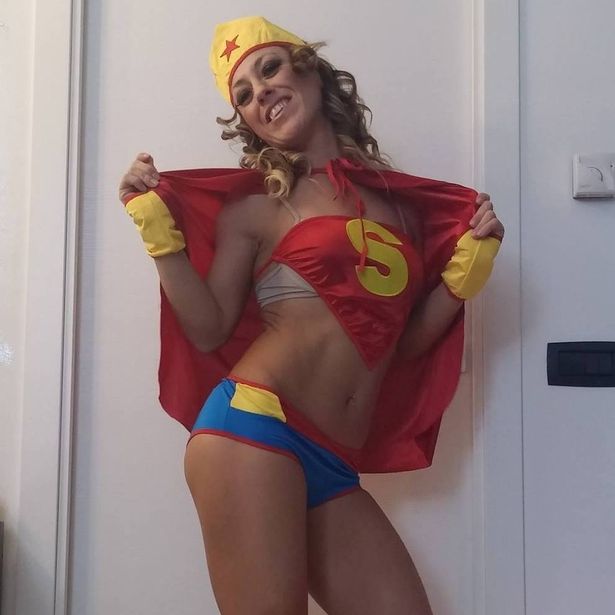 They say if you can’t love yourself – how can you love somebody else?

Italian fitness trainer Laura Mesi’s took this saying literally though after celebrating a fairytale wedding… to herself.

Mesi’s ceremony was the full white frock, big cake and bridesmaids affair. The only thing missing was the troublesome addition of a spouse to steal her thunder.

She says she decided two years ago after a long term relationship had ended, that if she was still single at 40 then she’d just go ahead and marry herself.

Ms Mesi’s marriage to herself holds no legal weight, which at least means that if she does want to start dating again, she won’t have to sue herself for divorce. 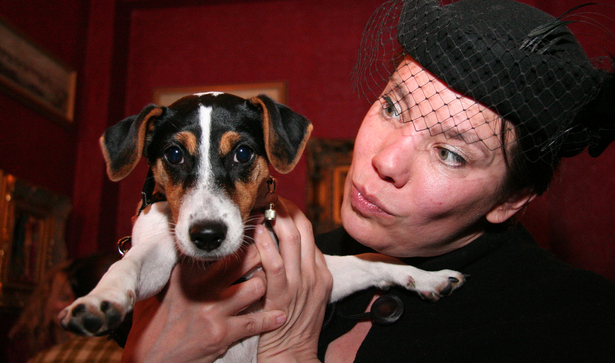 Dog owner Amanda Rodgers took her puppy love to extreme lengths when she decided to marry her pet pooch Sheba in August 2012.

Mrs Rogers, from South London, married a human husband 20 years ago but that union was short lived.

So this time she decided to try a different approach when she went for walkies down the aisle in Split, Croatia, in front of 200 guests. 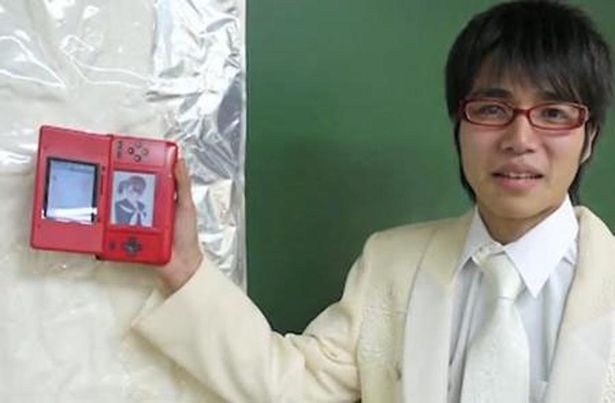 The man who goes under the alias Sal9000 went one better than marrying an inanimate object when he wed an imaginary one.

He married a computer game character named Nene Anegasaki, from the Nintendo DS virtual dating game Love Plus, in his fantasy wedding in November 2009.

We’re not sure he has quite mastered the concept of internet dating.

and last but not the strangest 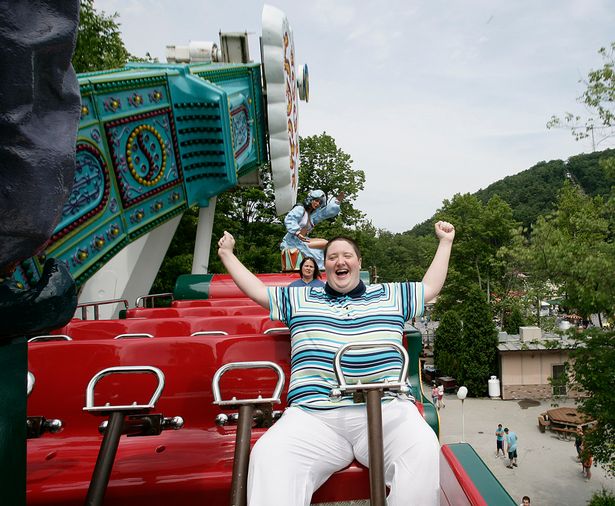 It would be assumed that wedding inanimate objects would be slightly more stress free.

But this woman ended up having a bit of a rollercoaster relationship with her lover.

Every marriage has its ups and downs but Amy Wolfe, from New York, can expect more than most after tying the knot with a fairground ride.

Incredibly the ride, called 1001 Nacht, in Pennsylvania was not Amy’s first inanimate love.

She had previously been in relationships with model spaceships, the Twin Towers and a banister.