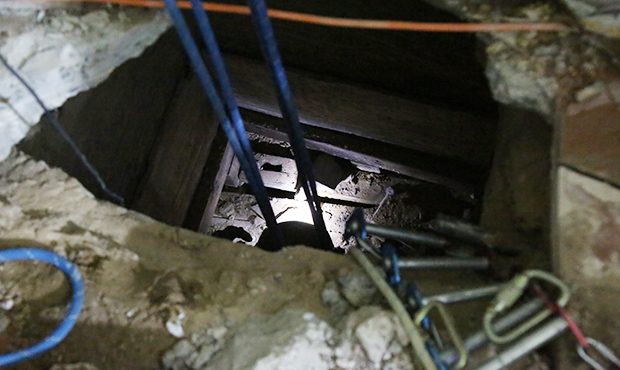 Authorities made a stunning find along the U.S.-Mexico border in Arizona.

Homeland Security investigations and the Border Patrol obtained a search warrant at a former KFC in San Luis, Arizona. When they got inside, they found a tunnel in the kitchen area of the fast food restaurant.

That tunnel was only eight inches in diameter, but was 22 feet deep and nearly 600 feet long, ending at a home in Mexico.

Authorities say the tunnel was used to smuggle illegal drugs across the border.

“To break that down, I’ll give you approximate rounded off numbers. That was over 118 kilograms of methamphetamine, over six kilograms of cocaine,

“I would particularly note that just the three kilograms of fentanyl translates to over three million dosage units.”

That could have come through here.

The tunnel is currently still under investigation.