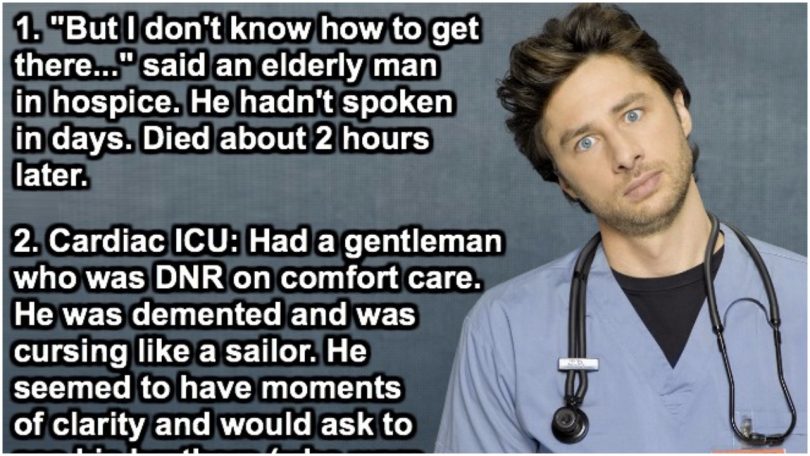 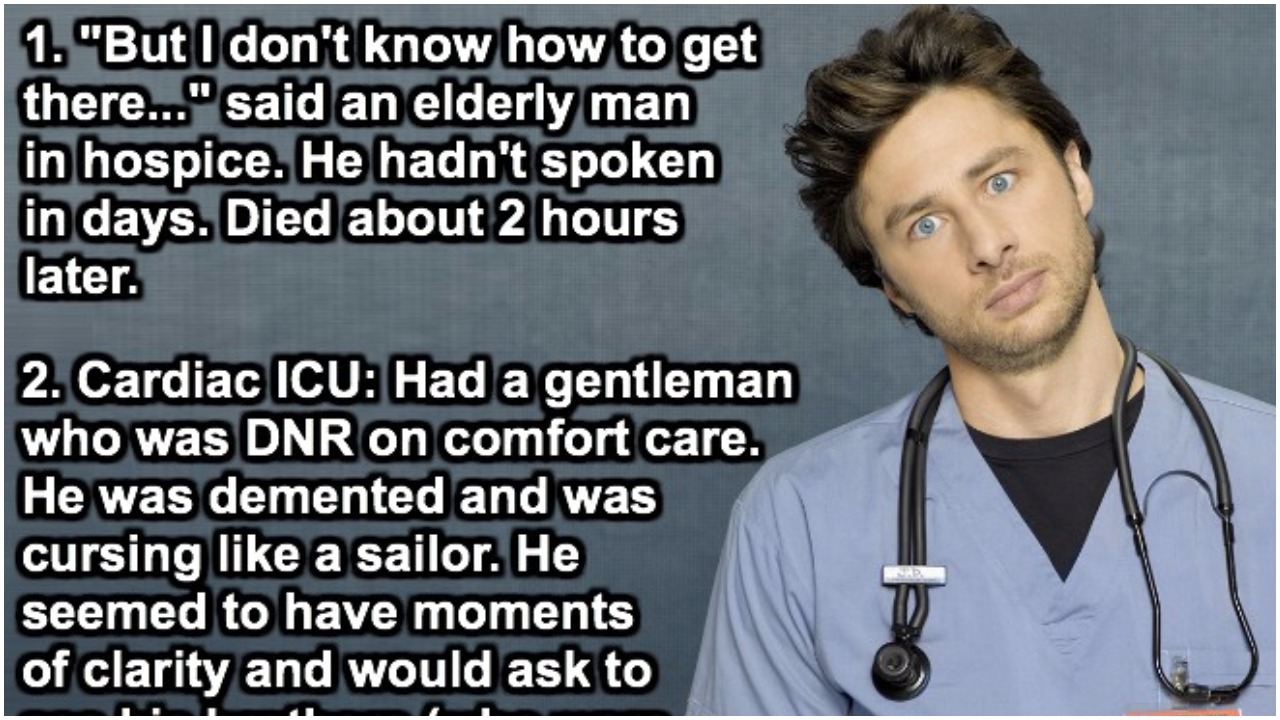 You’d imagine someone in the medical profession being completely fearless. After all, they see blood and guts all the time. However, when you’re dealing with death, things tend to get creepy.

A Reddit thread tackling just this has sparked some seriously eerie stories. The question posed was: “Doctors & Nurses of Reddit, what were the creepiest last words you heard from a patient right before they died?” Below we have the very best and scariest stories of them all. Be warned, you might need a nightlight tonight.

It’s always chilling to think about the last words you exchange with another person. This AskReddit thread asked a bunch of doctors and nurses — who deal with death regularly — to share some of the most memorable final experiences they had with people. Their answers are seriously creepy. 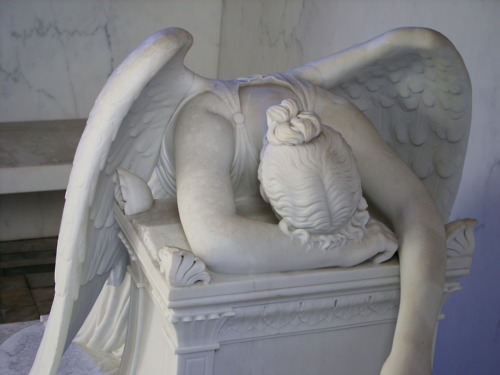 “I’m a nurse and was previously working at an assisted living community on the dementia/Alzheimer’s unit. My very favorite patient had been declining pretty steadily so I was checking on him very frequently. We would have long chats and joke around with each other, but in the last two weeks of his life, he stopped talking completely and didn’t really acknowledge conversation directed at him at all. I finished my medication rounds for the evening and went to see him before I left. I told him I was leaving for the night and that I’d see him the following day, and he looked me in the eyes and smiled SO genuinely and said, ‘You look like an angel.’ I thought it was so sweet because he had not seemed lucid in weeks. He died the next morning. It really messed with me.” – abbztract

While it’s sometimes nice to hear that your appearance can be angelic, it’s a little unnerving when it’s said by someone who might have met actual angels shortly thereafter.

“‘But I don’t know how to get there…’ Grandpa in hospice. Hadn’t spoken in days. Died about 2 hours later.” – Hellofriendinternet

Hopefully, grandpa isn’t too stubborn in the afterlife to stop and ask for directions. 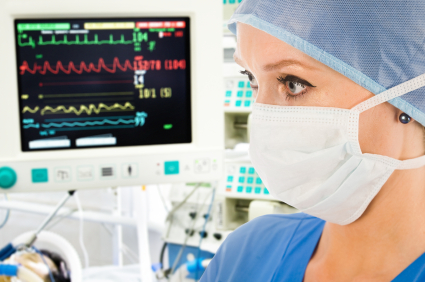 “Cardiac ICU: Had a gentleman who was DNR on comfort care. He was demented and was cursing like a sailor. He seemed to have moments of clarity and would ask to see his brothers (who were both passed). After a particularly worrisome heart rhythm, he went back into a Sinus tachycardia and look me in my eyes and said ‘Hey, whats your name?’