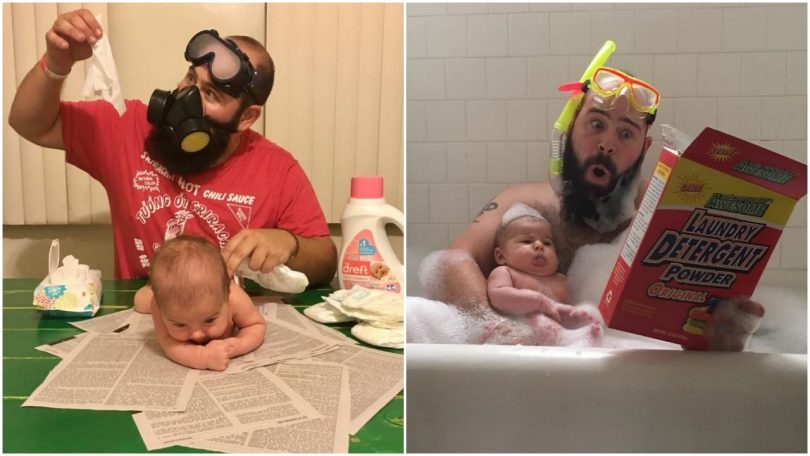 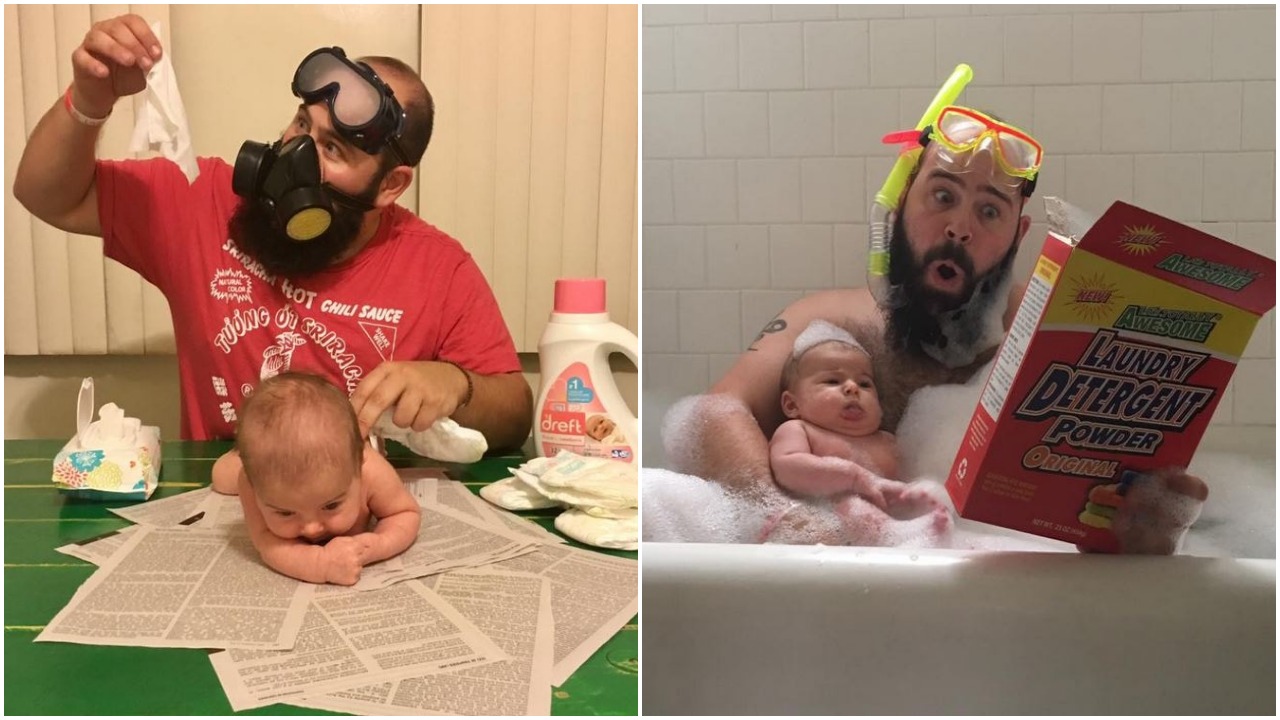 A 36-year-old California dad named Sholom Ber Solomon doesn’t exactly need any convincing from his 9-month-old daughter, Zoe, to play dress-up. He’s got a flair for matching costumes, and the hilarious photos he takes with his baby girl are going seriously viral.

From ballerinas, to hula dancers, to literally a bucket of fried chicken, Solomon and his little lady have taken on quite a host of characters. The vintage shop-owner had a previous reputation for posing in silly outfits, but his act has now been dialed up to a 10 with the addition of the incredibly adorable Zoe. “I plan to take photos with her as long as she will let me,” he told the Daily Mail.

Almost 3 thousand likes have piled up for the dynamic duo on Facebook, and their story is spreading across media platforms like wildfire. Let’s be honest, we all kind of wish we had someone who would dress in fabulous matching costumes like this with us. Check out some of their most knee-slapping get-ups below, and don’t forget to vote for your favourite!

No one can really totally prepare themselves for a diaper blowout or a tantrum the entire store can hear—but it’s pretty much all part of the parenting contract. All parents are pretty much winging it and hoping for the best, and some like to put their own twist on what being a parent should entail. One dad has a big parenting win under his belt, and he’s only getting started.

2. One Father From California Is Adjusting To Fatherhood 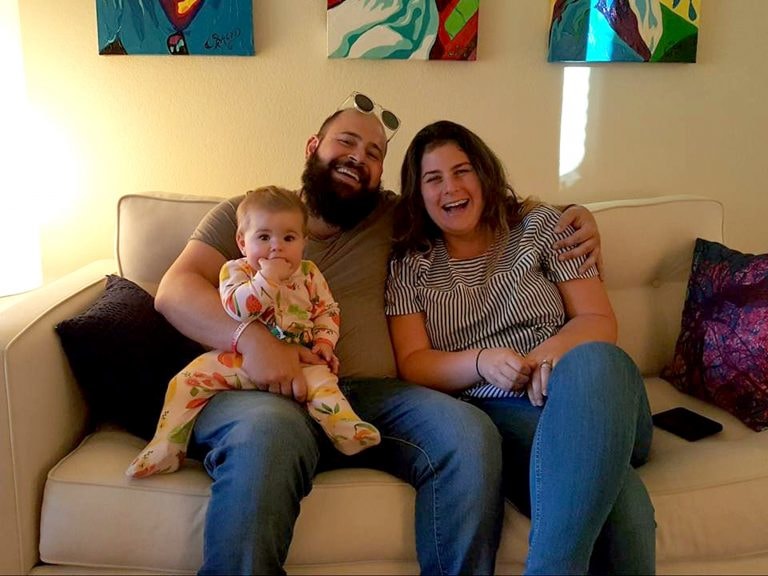 Sholom Ber Solomon, a 36-year-old dad from California, is reveling in his new role as a parent to his nine-month-old daughter Zoe. He loves capturing every moment on camera, and his photos will baby Zoe are beyond adorable. These aren’t your every day, cliche baby photoshoots!

3. This New Dad Is A Little Over The Top

He doesn’t go for traditional when it comes to being photographed with his little bundle of joy. Solomon takes it to the next level, including her less-than-enjoyable diaper changes. That mask might not even be an exaggeration, tbh.

4. This Duo Is Always Down For Adventure 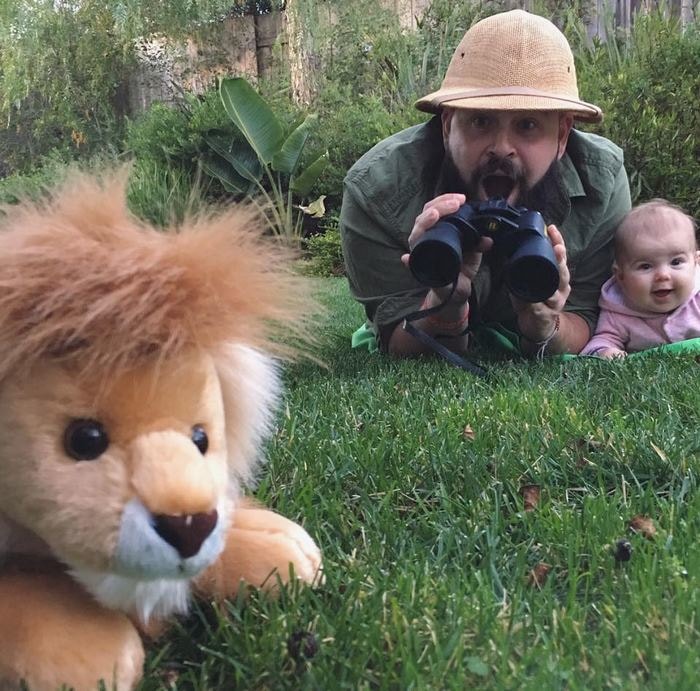 There is always time for a backyard safari when it comes to creating the most adorable moments with baby Zoe. Solomon creates the most memorable scenes with his baby and all it takes is a few simple props and some hilarious facial expressions. He isn’t afraid to get as creative as possible.

5. Their Costumes Are Priceless 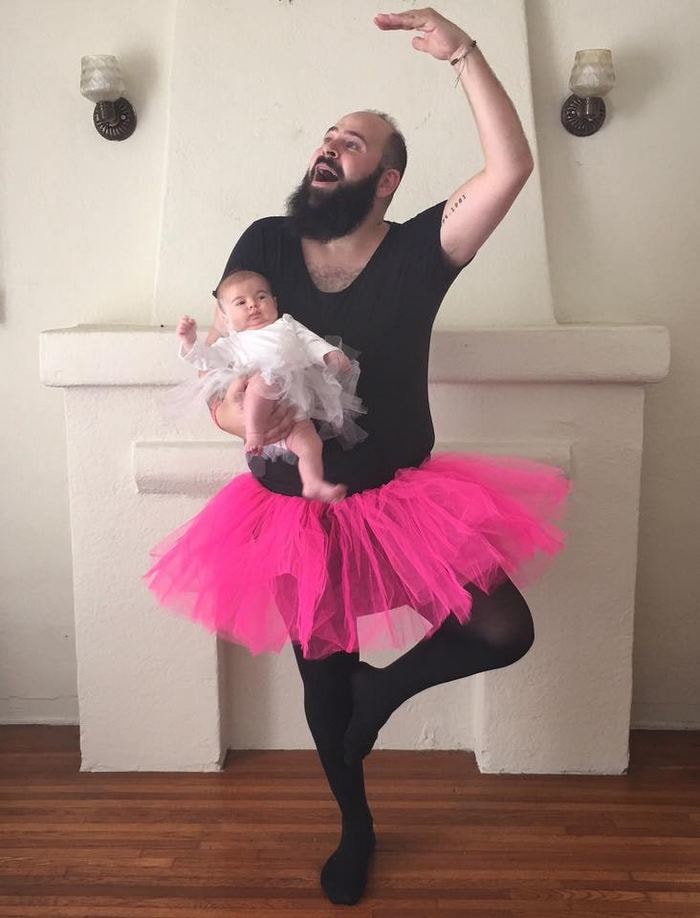 This dad definitely has an eye for father-daughter fashion. He pairs up the best costumes for every photo, and it’s obvious he knows how to strike a pose. Solomon reveals how his daughter inspired him to conduct these outrageous photo shoots, without saying a word.

6. He Noticed How Photogenic She Was 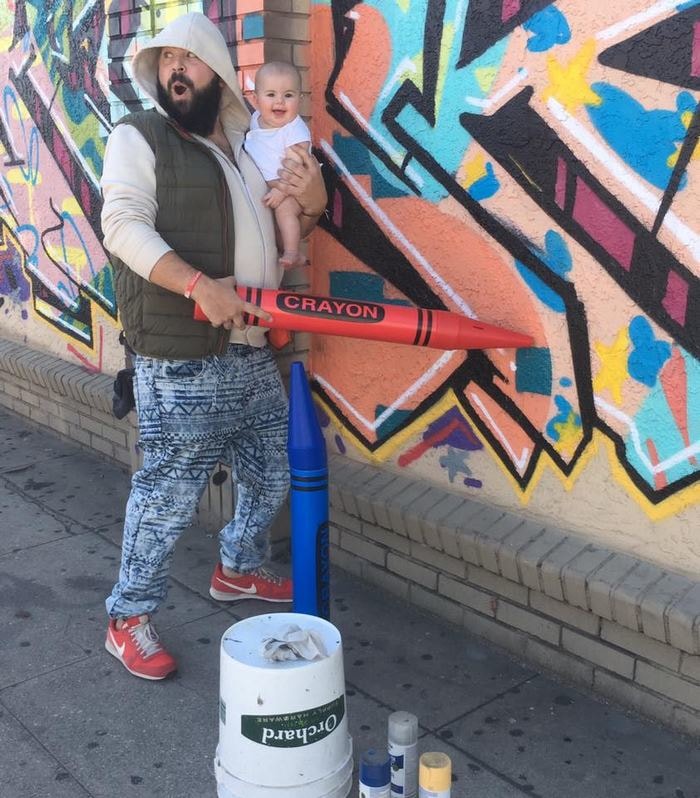 Solomon realized Zoe easily sat still for the camera, so he decided to take advantage of her willingness to participate in his ingenious pictures. It turns out that he isn’t new to taking some seriously funny snaps. He was taking buzzworthy photos far before his bundle of joy came to be.