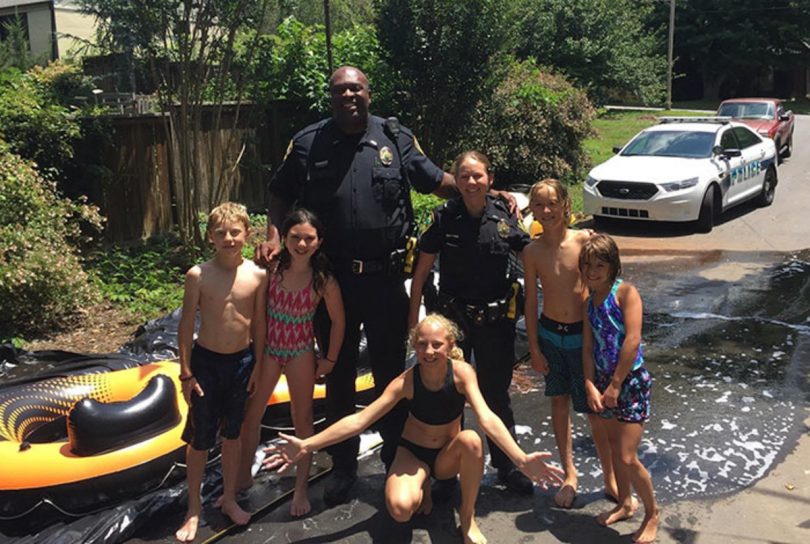 These days, cops in the States tend not to make the news for good reasons, but this story from Asheville, North Carolina, is sure to make you smile.

The town’s 4th of July celebrations were just getting underway, with a large slip’n slide headlining one neighborhood block party. One resident, who clearly wasn’t in the mood for fun, called the cops to shut it all down, citing concerns that the slip’n slide was blocking traffic and lodging a noise complaint. When the cops arrived, it was immediately clear that everything was actually in order, so they did what any sane person would do – they jumped on and went for a slide.

Last Wednesday, two cops from Asheville, North Carolina responded to a killjoy neighbor’s complaint about an ‘illegal slip and slide.’ But their response probably wasn’t what the complaining neighbor expected. They decided to go down the waterslide themselves. 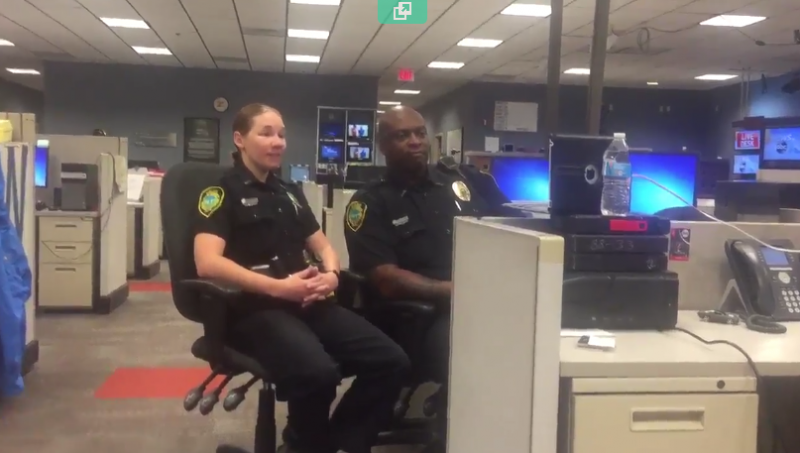 Officer Carrie Lee and Officer Joe Jones arrived expecting a lot of noisy music and yelling. Instead, they ‘noticed the noise was fine. It was literally the sound of kids playing,’ according to public information officer Christina Hallingse, who spoke with ABC News. Hallingse explained what the initial reaction of the neighbors was when the officers arrived to break up the party. ‘The officers got there and people were like, ‘Oh my gosh, the cops are here. They’re going to shut us down,’ she said.

But then things took a turn for the awesomely unexpected. The officers didn’t see any laws being broken, and they also noticed that cars and emergency vehicles had plenty of room to pass through the street that was supposedly blocked. ‘The first thing I said, I said I’m not here to break up your fun,’ said Officer Lee.

So, naturally, because it was a hot and beautiful day, the officers joined the fun. Local resident Katlen Joyce Smith, who posted a video of the two officers going down the slide, said that they quickly realized everything was fine. Officer Lee was the first to ask if she could have a go on the slide. ‘I still can’t handle the amazing-ness of it all,’ Smith wrote as a caption to the video, ‘I hope the neighbor who called them saw it all go down!!’ 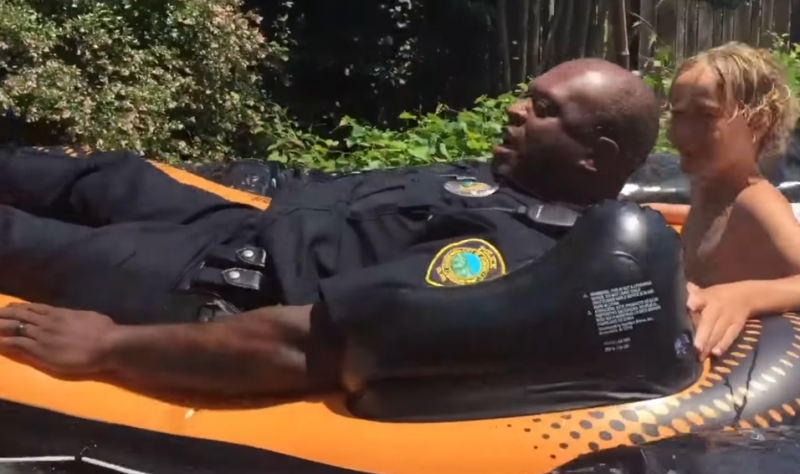 First, Officer Lee asked someone to pass her a Glad garbage bag. ‘When the female officer asked for a garbage bag, we almost didn’t believe it. But she took off her radio and went for it!,’ Katlen Joyce Smith told ABC News.

In the video, Lee can be seen zooming down the slide in her uniform while a group of children and parents cheer her on, laughing delightfully. ‘I stayed dry!’ she says at the end of the video, receiving high fives from the people waiting at the bottom.

Jones, on the other hand, says he didn’t have a choice after Lee went down the slide. He couldn’t fit in a trash bag, so a boy brought a raft for them both to go on. In the video, Jones can be seen going down the slide. It ends with him exclaiming: ‘My butt is wet!’ 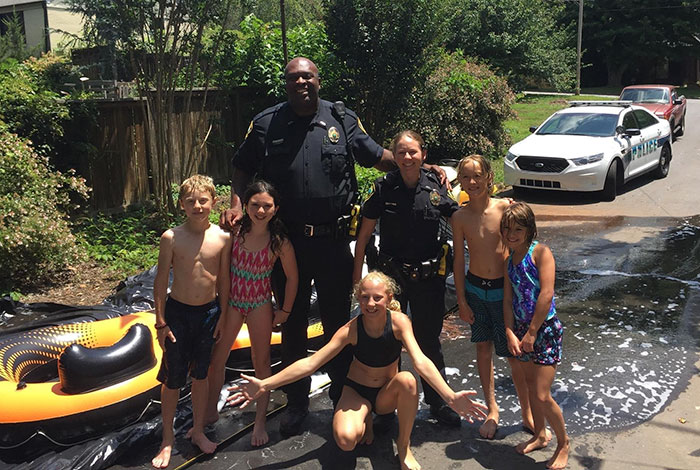