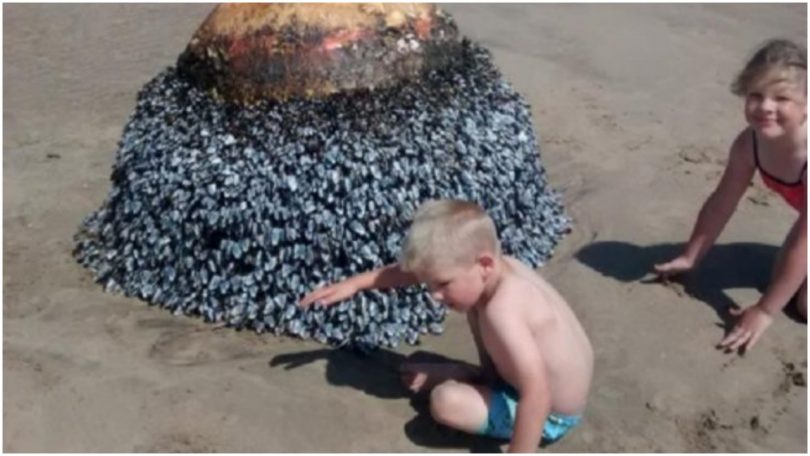 A trip to the beach can be full of wonder and delight as you uncover amazing treasures like sea glass, seashells and even jellyfish.  Many artists comb beaches to find unique items to add to their sculptures or handmade crafts.

Some of life’s simplest pleasures can be had at the beach – squishing wet sand between your toes, basking in the warm sun, or simply daydreaming while watching the waves crash. Some prefer to go on little adventures and sight-see, maybe even go off in search of whales or dolphins. While the beach offers unlimited entertainment, it can be easy to forget that the ocean in a vast and mysterious place. Sometimes, the adventure finds you. This is exactly what happened to one family that recently uncovered something quite startling at their last trip to the beach. 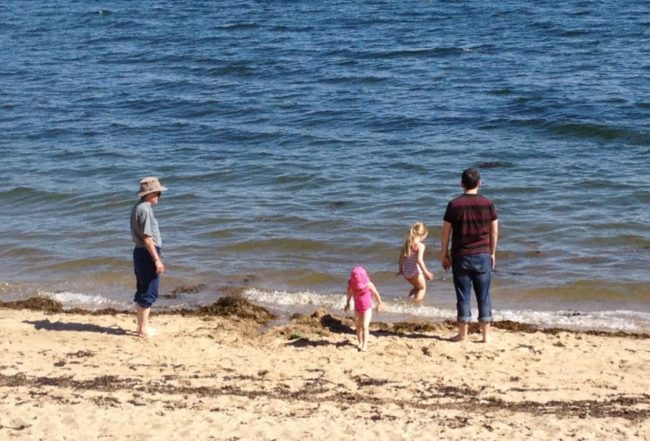 That’s when they stumbled upon one item and couldn’t believe their luck at this find.

The family uncovered what looked like a massive buoy covered in shells and barnacles. They had never seen anything like it before! 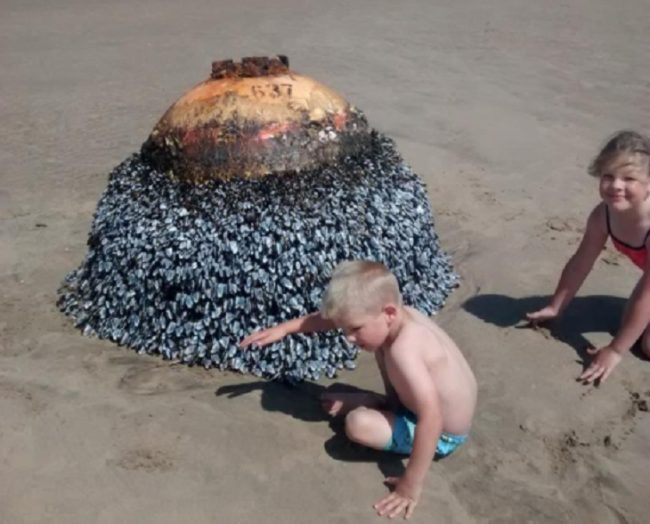 The family took pictures of the kids near this interesting but mysterious object. The kids even played by it, too!

It wasn’t until they shared the photos on social media that they discovered what the object really way. When they realized what it was, the Gravell family immediately contacted the Pembrook County Park officials to let them know what is on their beach.

County officials immediately shut down the beach and investigated the strange object that had washed up on shore.

So the bouy my kids were jumping on all weekend turns out to be a WW11 bomb. Oops!! @LlanelliStar pic.twitter.com/UPDkts6wQt

It turns out, the seemingly innocent item the family discovered was not the barnacle-covered buoy they thought it was. It was actually a sea mine!

Surprisingly, there are a few sea mines left from World War II.Approximately 13,000 were deliberately left behind. But as the years went on over 500 minesweepers were damaged or sunk to the bottom of the sea.

Scientists say that some could still be accidentally deployed despite their age. So Pembrook County officials had the sea mine safely detonated in a controlled explosion.

This certainly wasn’t your average seashell or sea glass discovery during the family’s regular trip to the beach.  It was something much more shocking. 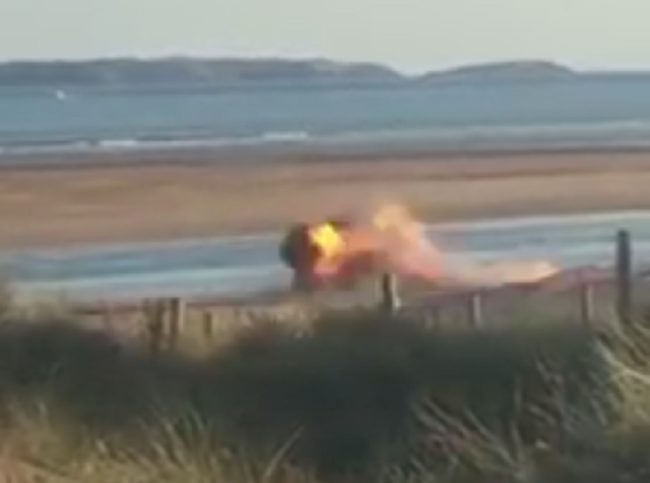 What are the odds that this young family would have to stumble across such a historic find? It’s definitely something the family won’t be forgetting anytime soon!

Thank heavens no one was hurt!

What do you think about this remarkable story?

The Gravell family were very lucky not to be hurt in an accidental explosion!