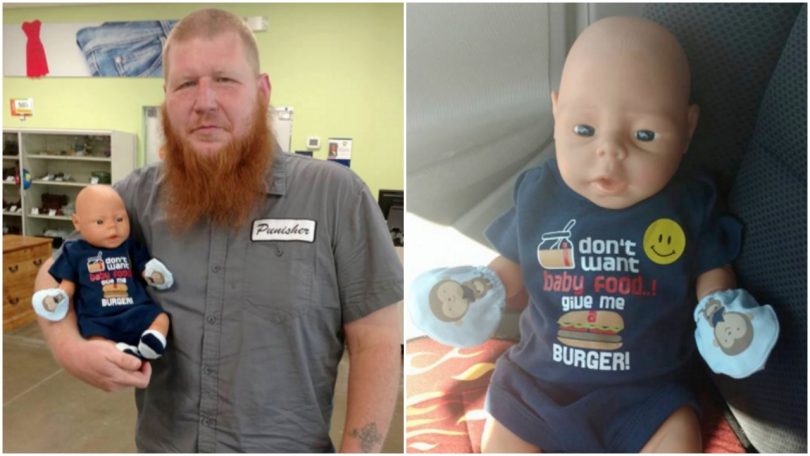 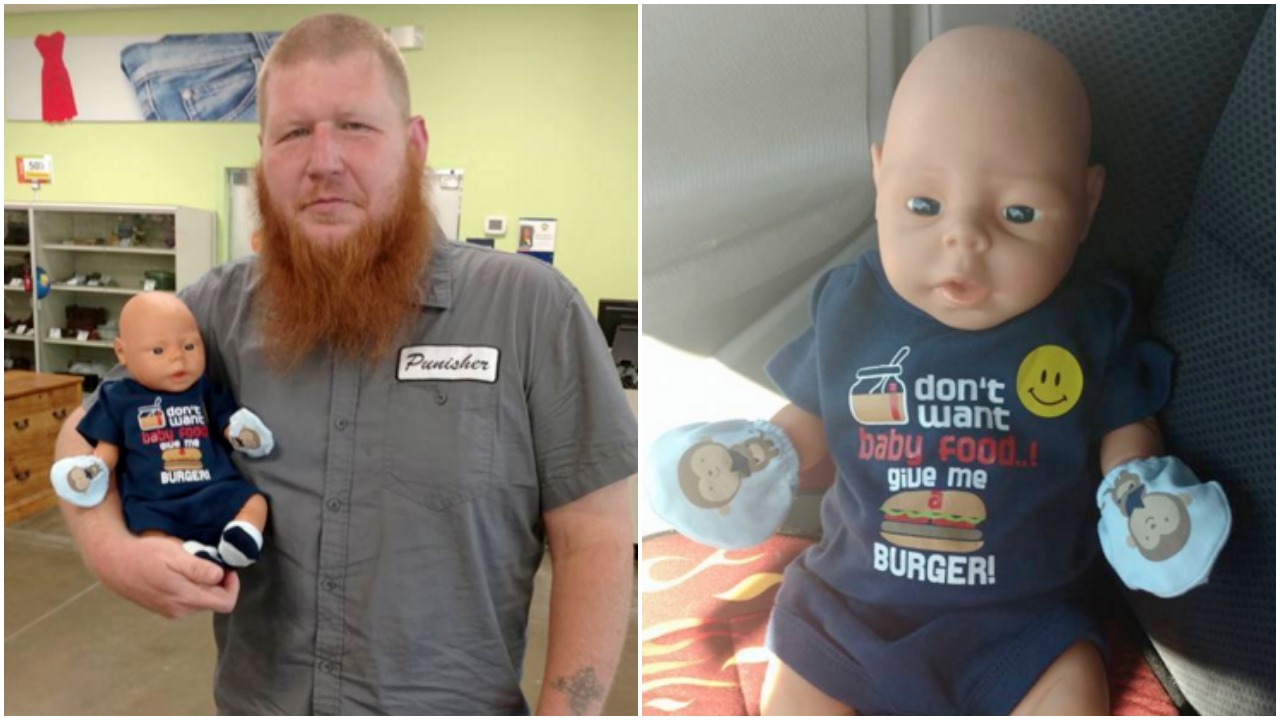 Most dads will do anything for their little girls. Even the toughest of tough-guys don’t stand a chance against the little girl that lights up their world.

Sadie Collins witnessed that first-hand this week, during her shift at the local Goodwill in Southern Indiana. She took to Facebook to share the father-daughter experience that changed her whole day.

“SO, this guy comes into Goodwill today, he’s a big dude. He has tattoos on his neck and arm and even a skull tattoo the size of my entire hand on the back of his head. His name tag says “Punisher” everything about him screams burliness and manliness yet, here he is, at Goodwill with a baby doll strapped safely in the cart as he shops for clothing for him.”

This is the sight Sadie Collins saw when she was at Goodwill one morning. She described him as having tattoos on his neck and arm and he ‘even had a tattoo the size of my entire hand on the back of his head,’ 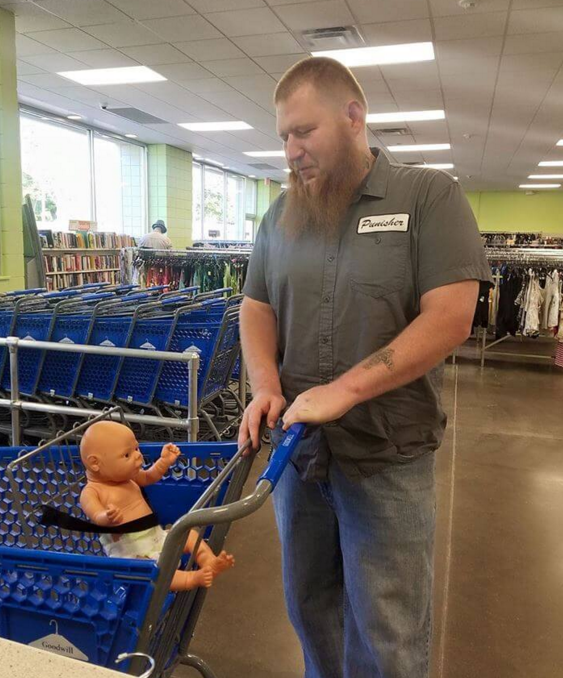 She had to ask him what he was up to and when he did, he explained that it was his daughter’s baby doll and his name is Davey.

‘Punisher,’ or better known as Keenan Watkins, told Sadie that his daughter wanted the doll to have clothes and socks, so he was shopping for an outfit. 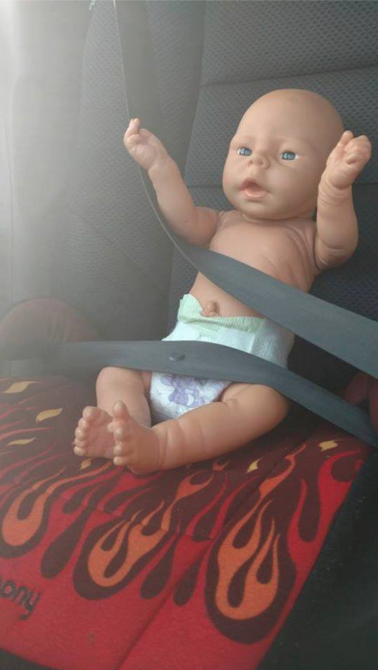