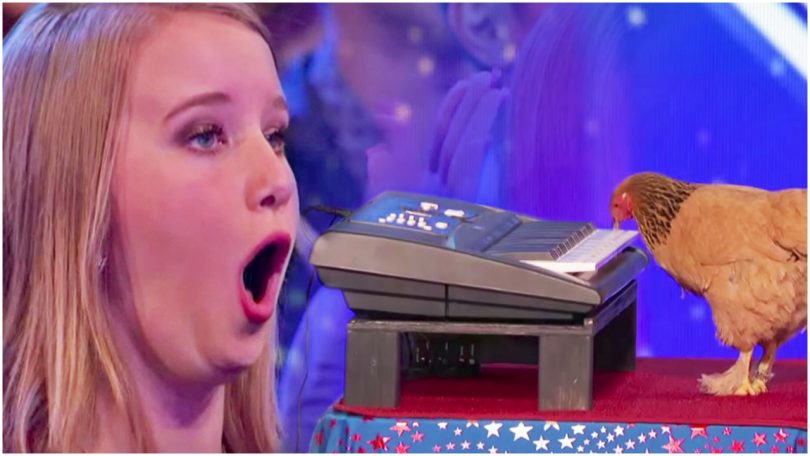 Waiting a while for the act to start, the crowd started booing loudly because it appeared that this piano-playing chicken wasn’t all she had been talked up to be.

This was one of the first episodes of the latest season of America’s Got Talent and they are definitely starting off this season on a surprising foot!

Taking the stage with their performing hen, Jokgu, The Flockstars explained to the judges panel and audience that they would be performing “America the Beautiful” on the piano – but that the chicken would be the one playing!

America’s Got Talent is one of the biggest talent TV shows in the world. The show has been a platform to discover talent and has also provided a platform to launch the careers of some of the most gifted people in the world. However, recently one unlikely contestant on the show took to the stage and left everyone’s jaw dropped by the time she was done with her audition. Jokgu, an amazingly talented chicken, may need a little encouraging at first, but when she gets into it, the chicken pecks out an inspirational version of “America the Beautiful” on a keyboard flawlessly!