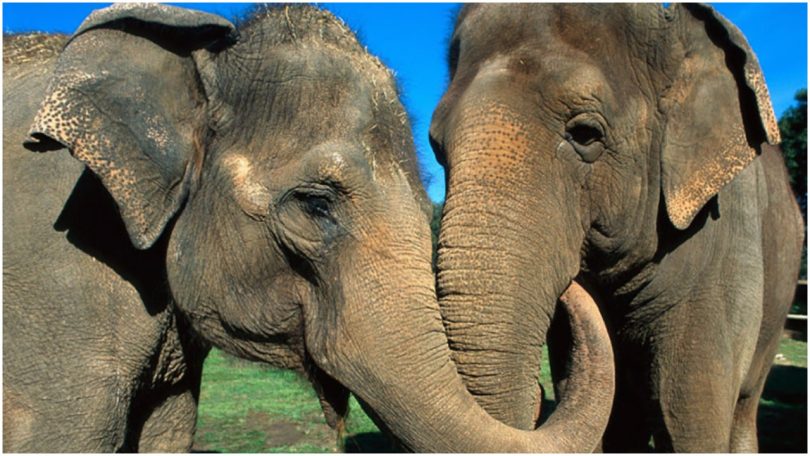 Shirley had been put through hell just to entertain humans. The elephant was tortured at the circus where she worked. But after many years in captivity, she was finally set free in a wildlife reserve in Tennessee.

For the first time in 20 years, Shirley was able to meet another elephant, Tara. The media gathered, the crowd held their breath, and the special moment left no one unmoved – it was so obvious how much it meant for Shirley.

But Shirley’s life at the sanctuary was about to get even more wonderful… because Shirley would soon meet another elephant, one who held a special place in her heart.

About 25 years earlier, Shirley had met an elephant named Jenny at the circus. The two elephants quickly became best friends, and for a time, they were inseparable. But eventually, they were forced to go their separate ways.

But despite the long years, Shirley and Jenny never forgot each other…

Then after 22 years, the two best friends were reunited at a Tennessee sanctuary. 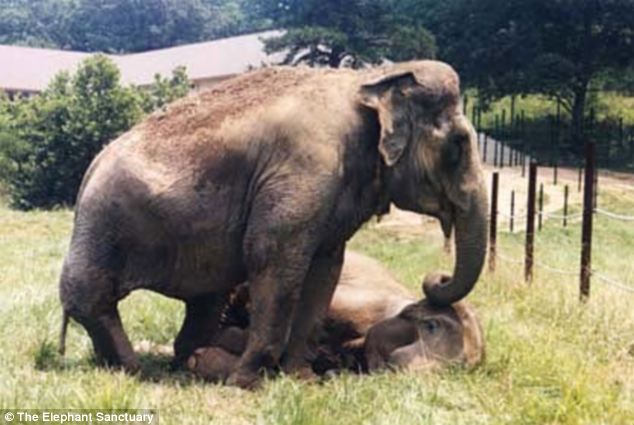 The moment happened in 2000 and footage of the scene became part of a documentary. The two elephants immediately embraced each other, and were so eager to get close to each other that they bended the steel bars between themselves. And when they were released together, they stayed within a few feet of each other, despite having a huge area to live in!

About 3 minutes and 30 seconds into the clip below, you’ll see the moment when Shirley meets Jenny after all these years apart. It’s a clip that has moved millions of people to tears, and it’s a perfect example of the love and care that animals show each other.

Six years later, Jenny passed away due to illness, but I’m so excited that she was able to spend her last years with her best friend.