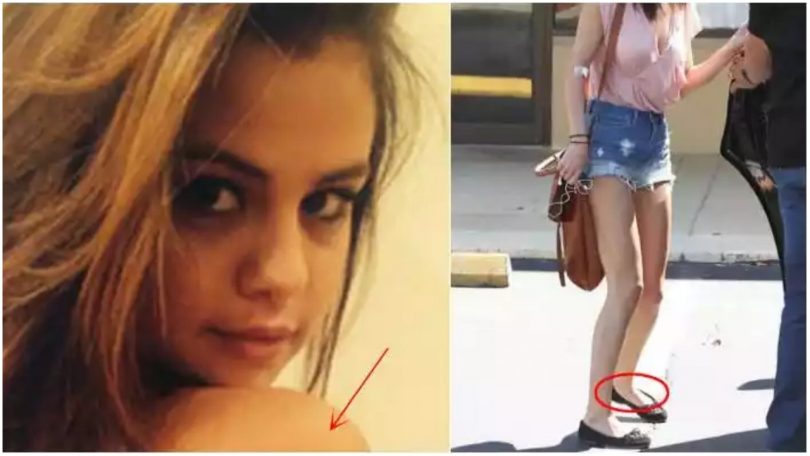 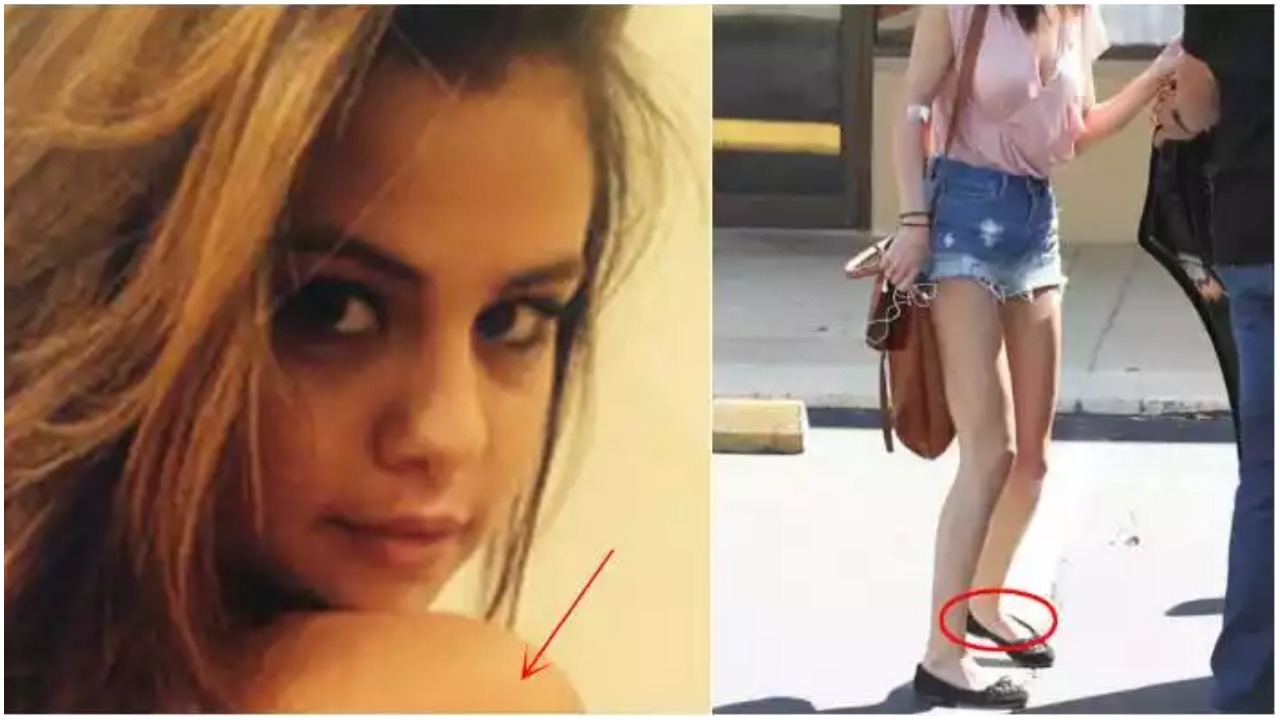 Selena Gomez has ditched the innocent image and cemented herself as a grown woman, growing collection of ink and all. Some people believe that Selena Gomez decided to get inked because of her tatted-up beau, Justin Bieber, but we have a feeling Miss Gomez is a rebel at heart, and her tattoos allow her to show off that side of her personality in a creative way. Believe it or not, Selena Gomez claimed that she was one and done after her first tat, but then she got a second, third, and fourth, and we all know it’s a slippery slope after that!

Read on to learn more about Selena Gomez’s tattoos and their meanings! 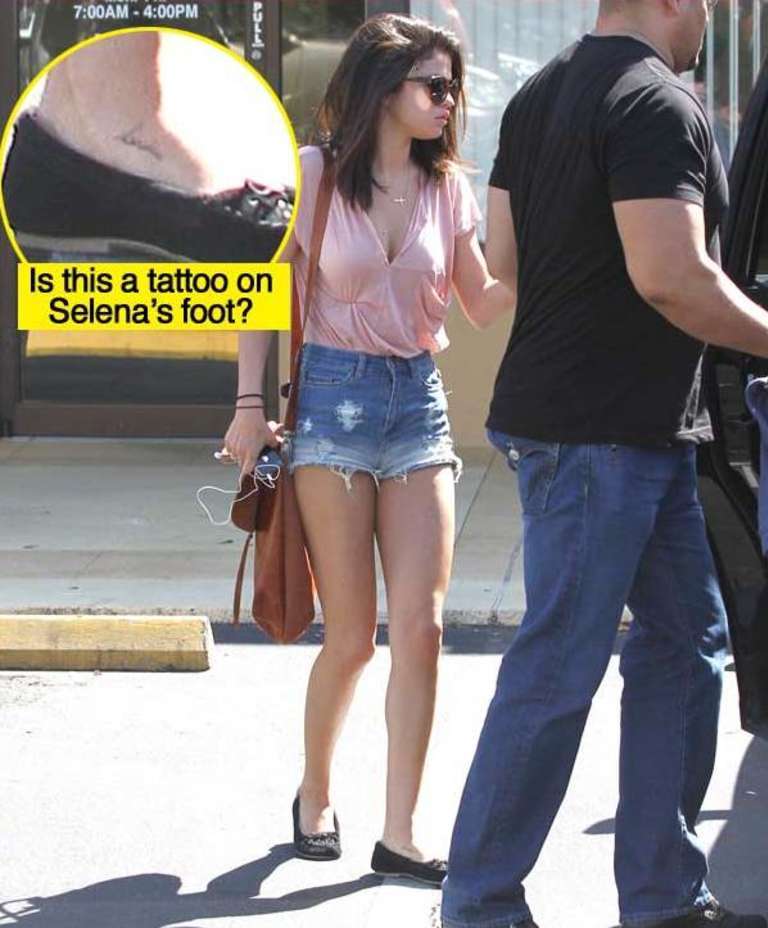 The adorable tattoo that she has on her left foot says “Sunshine”. 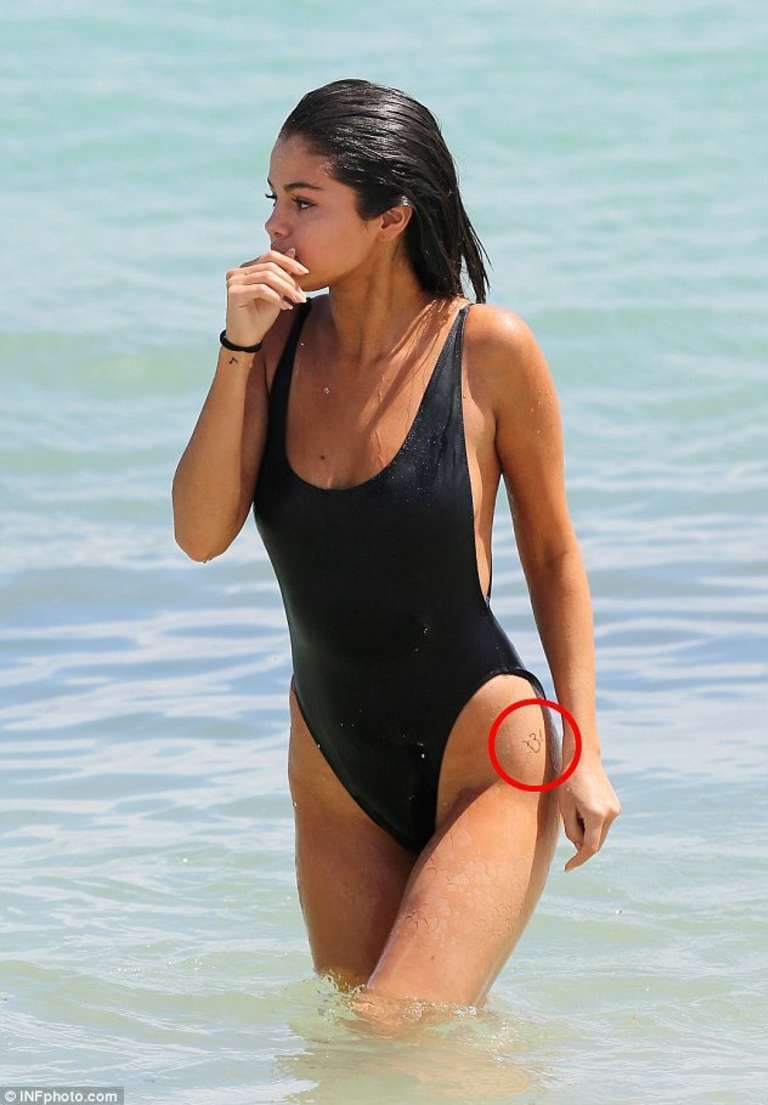 ‘x31’ is another little tattoo that she has on her body. It is a sacred symbol in Hinduism religion.

3.Her First Ever Tattoo 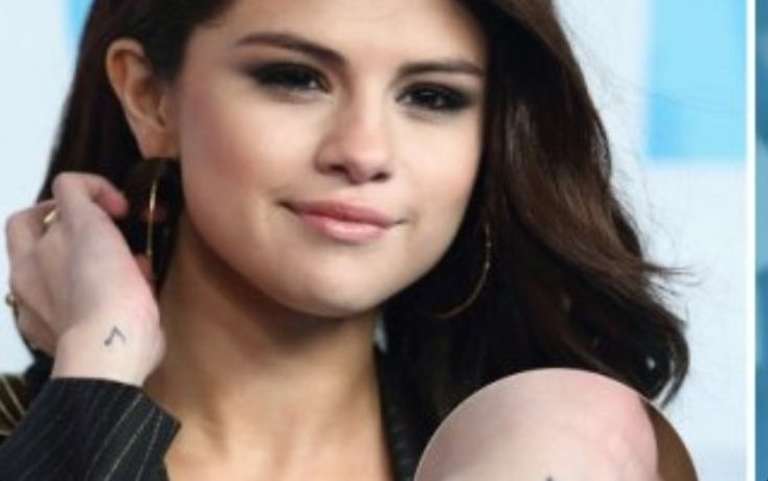 So this music note on her wrist was her first ever encounter with the permanent ink. 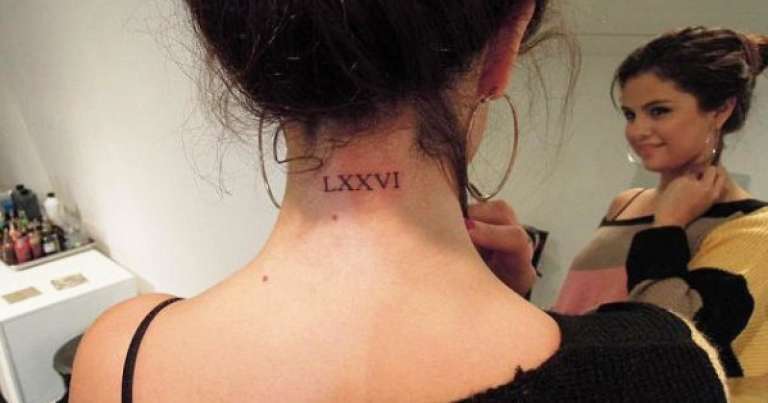 So she has LXXVI on her neck because 76 is her mothers birth year. Therefore, she got it in roman numerals.