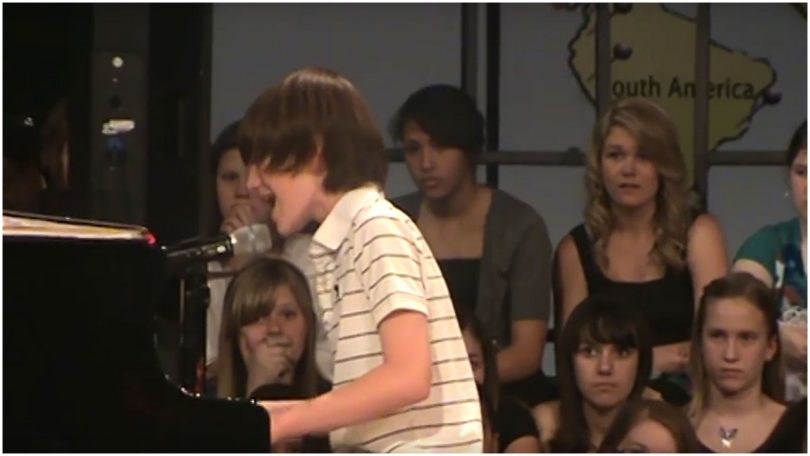 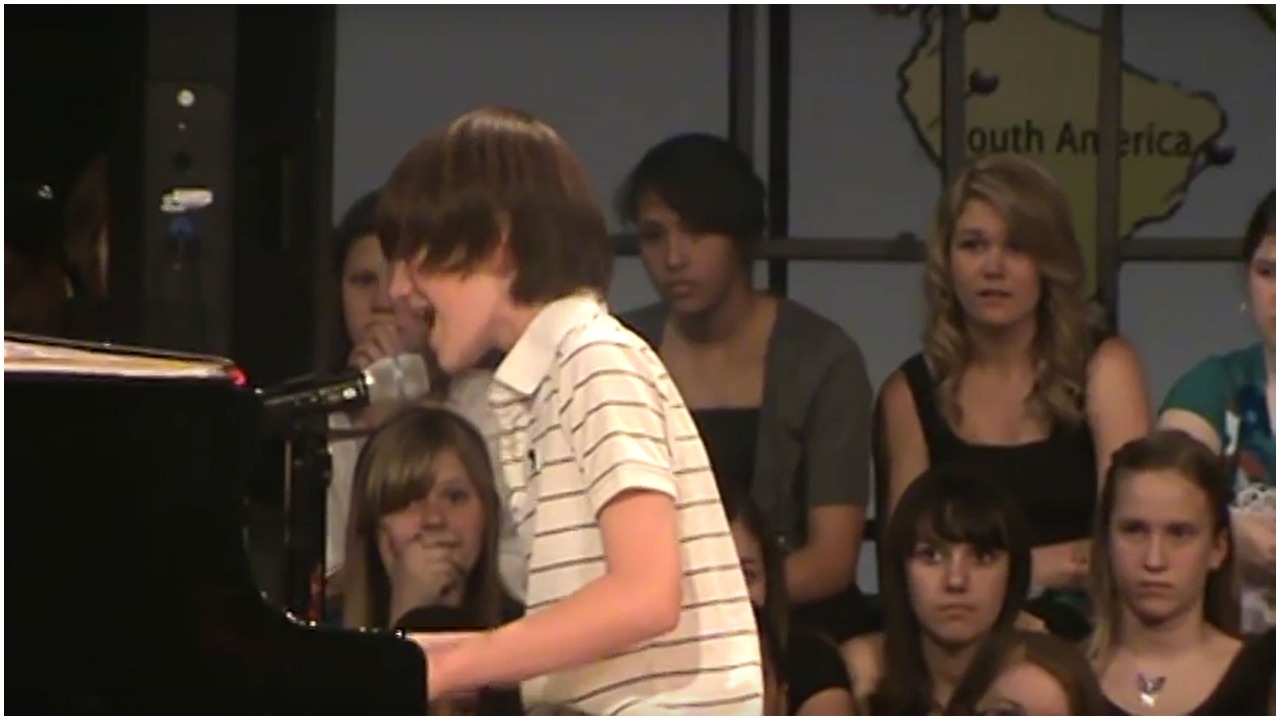 The best cover songs are the ones that keep the best parts of the original, pay homage to the singer who made the song famous, but still sound totally unique, with a clever, new arrangement. For example, there was this brilliant cover of Aerosmith’s “Dream On” by The Voice judges Miley Cyrus, Adam Levine, Blake Shelton, and Alicia Keys; there was also this jaw-dropping video of Pentatonix covering Justin Bieber’s “Where Are U Now.”

Look at the classmates face when they recognize the song!

Greyson’s arrangement was spectacular and so clever that it takes some time for his classmates to realize what he is doing. And when they do, they are all so much in awe! Obviously they were not expecting this at all.

Since then Greyson Chance has become a leading cover artist. Watch the video to know how it all started!

2.The song that started it all… 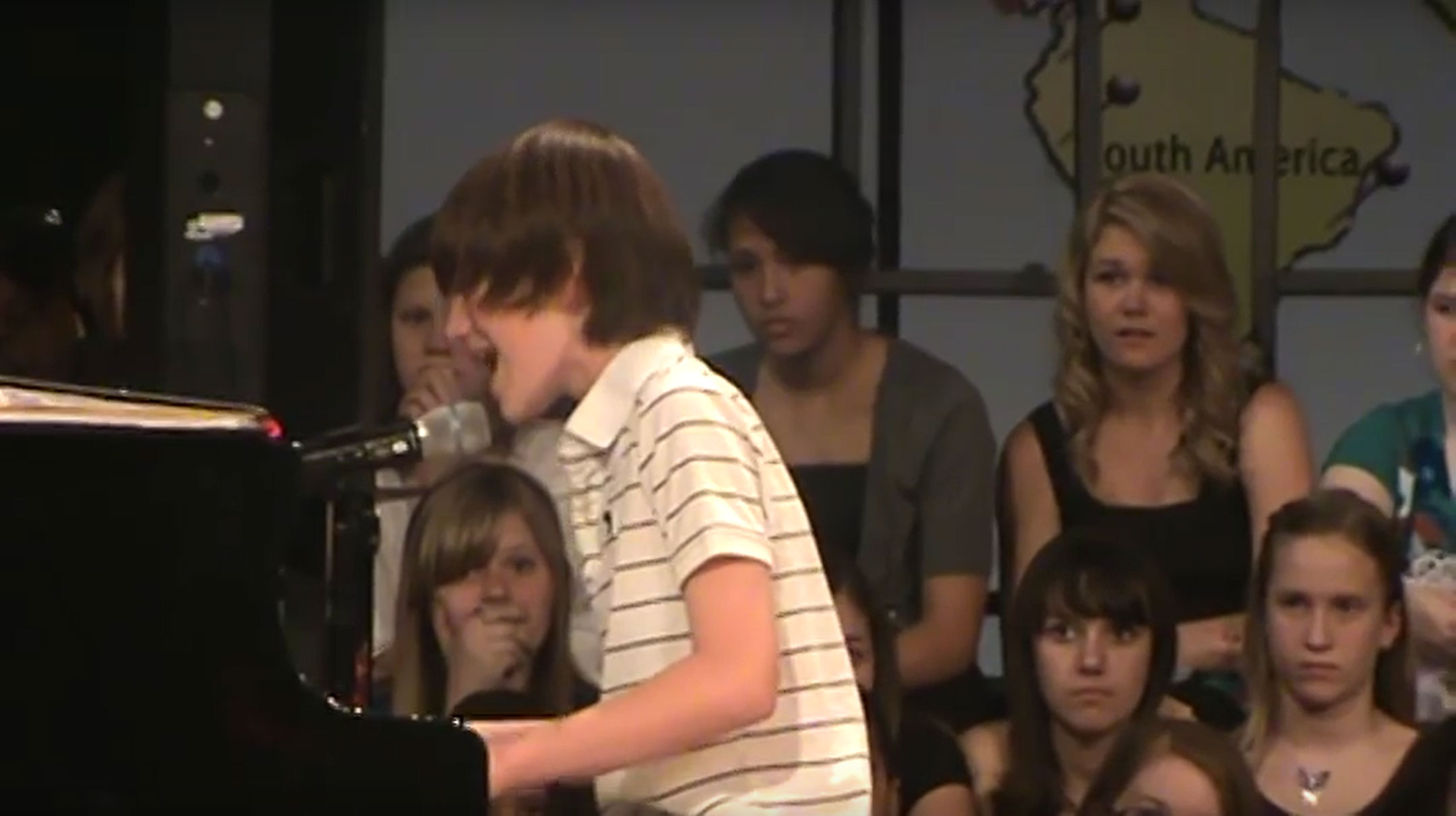 Back in April 2010, Greyson was like any 6th grader out there. That was until his school’s talent show. Because that was the day Greyson completely changed what everyone thought about him! Hell if you look at the expression his classmates make when he starts to sing, you will know what I am talking about. 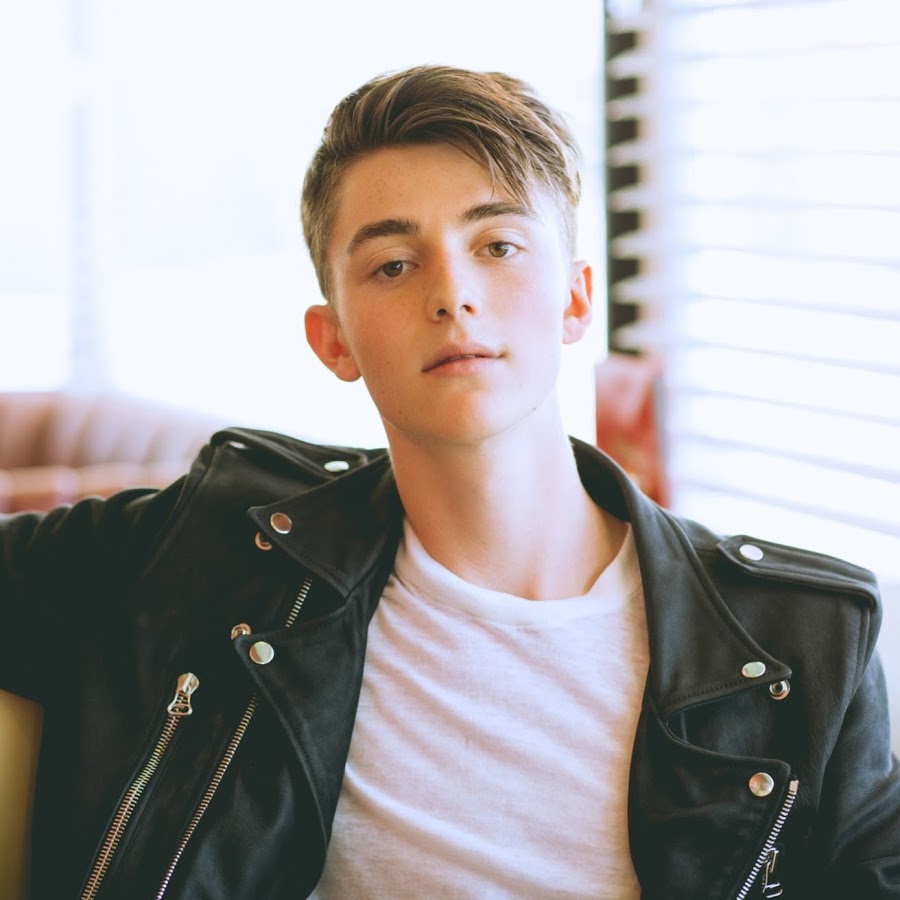 While we always have had artists and musicians, we now have a top breed of cover artists as well. The league of such musicians consists of top artists like Alex Goot and Tiffany Alvord. And one amongst them is Greyson Chance. For those of you who don’t know him, this is how he became the star he is today.