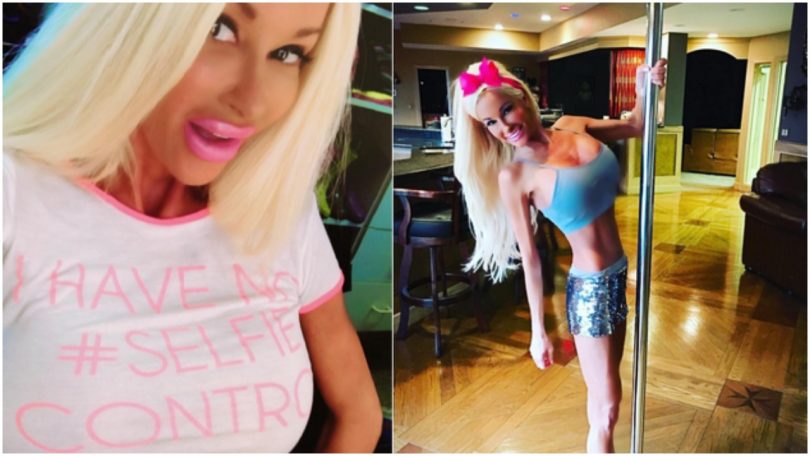 Nannette Hammond, a 42-year-old woman, is a mother of  five children has shelled out more or less $500,000 over the last twenty years with the intention of look a lot like the classic Barbie doll as much as likely. Oh, Lord! You can’t beat people at all who hold such kind of bizarre obsessions in life. They can do anything to fulfil their so-called wishes.

Read on to know more about the woman who spent ridiculous amount of money on surgeries to look like Barbie:

1.But Nanette hasn’t stopped at just that! 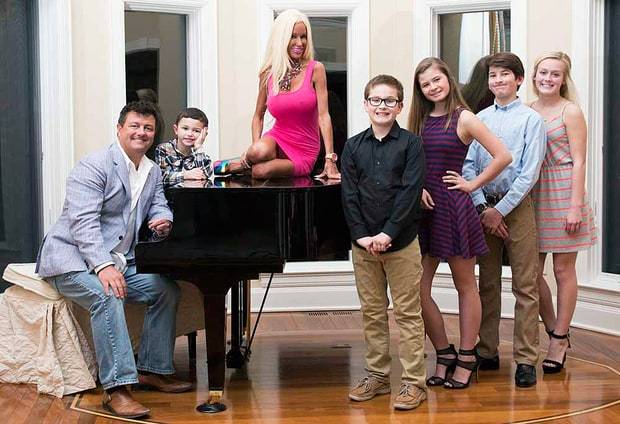 Even till date, she dyes her hair blond, wears hair as well as eyelash extensions. Owns a tanning salon at home so that she can keep with her daily sessions. And follows a strict weight regime to maintain her 18 inch waist(?!).

She only works an hour a day!

Yup, that’s right. Our Barbie Mom works just an hour a day. How did she pay for the surgeries then?!Well, she didn’t. Her husband David paid for most of her surgeries and to top it off got her 3 barbie cars as well.

The family of 5 lives happily with their stay at home Barbie mom in Ohio! Follow Nannette on Instagram to see more pictures of her.

2.It started with the blond… 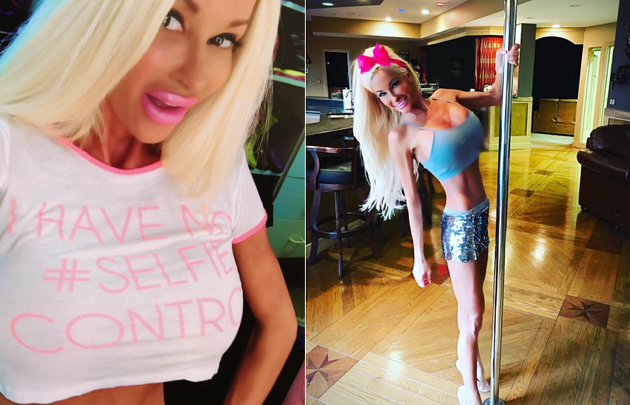 Her first step towards becoming Barbie was when she starting dying her hair blond when she was a teenager. And when she was 16, she began to visit the tanning salon. And at 21, she had her first breast surgery. That was just the beginning….

The next 21 years were filled with three breast augmentation surgeries, a breast lift, Botox injections, veneers, and lip fillers.

She finally settled on 28H size….. 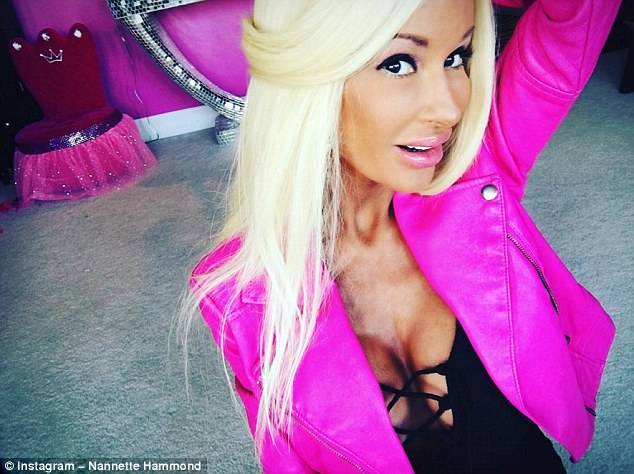 Ladies and Gentlemen, please met Nannette Hammond. The 42-year-old mom from Cincinnati, Ohio who spent almost $500,000 in the last 20 years in her bid to look just like Barbie.

The Mother of 5 has over 50 Barbie Dolls in her private collection!

Her obsession started when she was a child. And when she became more aware of her physical image, she took it upon to become as close as possible to resemble her favorite doll.

And so she started……