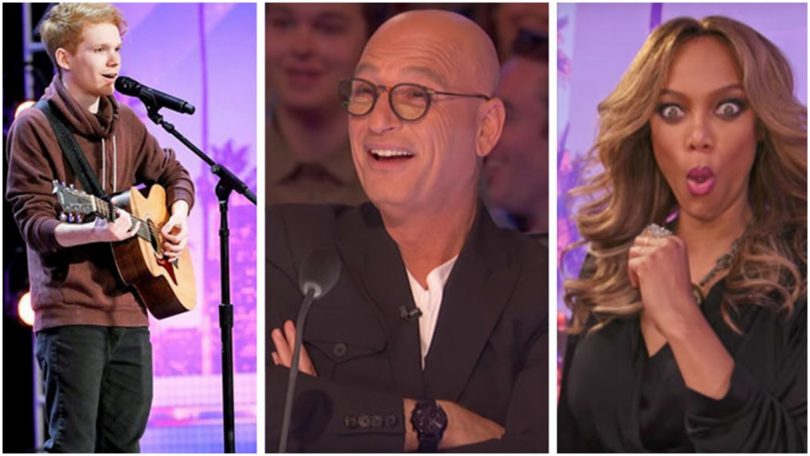 21-Yr-Old Starts Singing Original Song,Then Knocks Everyone Off Their Seats With Surprising Twist.

21-year-old Chase Goehring, brought his guitar from Nolensville, Tennessee, to America’s Got Talent with one goal in mind, give the judges a performance like they’d never seen before.

Instead of performing a rendition of a famous song, Chase had something very unique for the audience and judges. Chase played an original song he wrote himself, entitled “Hurt.” He reveals that this song is dedicated to his friend, who keeps finding herself in bad relationships with men who mistreat her.

Through his song, he reveals hopes to show her that he is the right guy and asks her to give him a chance at love.

And after she hears this, how could she refuse?!

I just performed my original song #Hurt on @agt!!!!! This is honestly so unreal I hope you all loved the song and I can't wait to sing more for you❤️???

t first, Chase seems like just another Ed Sheeran… but that’s exactly when he flips the game on its head. The young performer jumped into a rap section of the song that had everyone in the audience on their feet!

It was an amazing moment that knocked the judges off their chairs!

And viewers have been clamoring to download his song since it aired. “Hurt” has even skyrocketed to #1 on the singer/songwriter charts!

His next goal? Singing a duet with his doppelganger, Ed Sheeran.