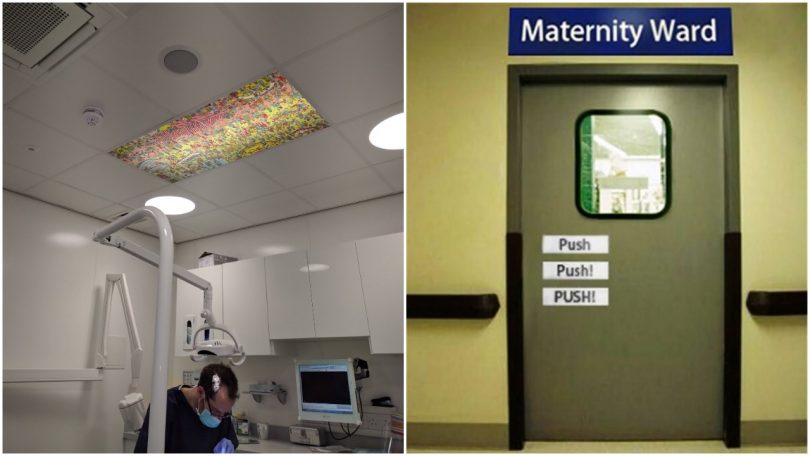 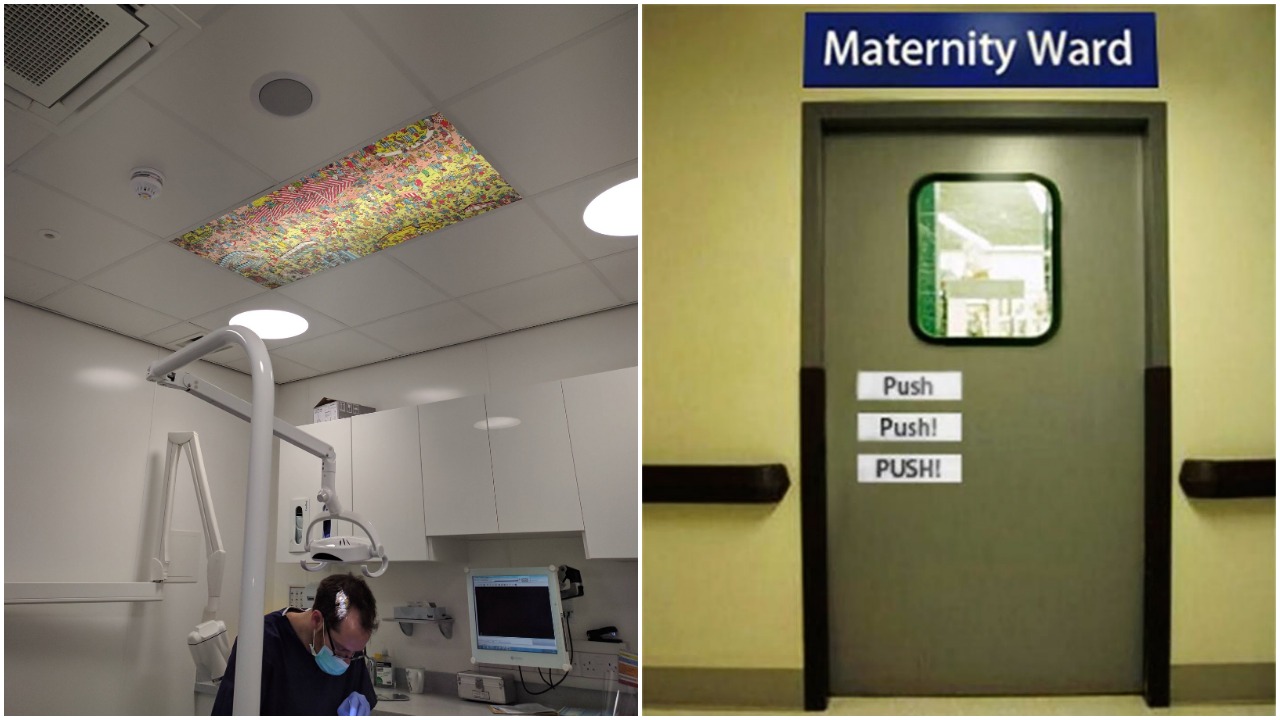 Being a doctor is clearly one of the hardest and most stressful jobs on the planet. You’re taking care of someone else’s life, for crying out loud! However, that doesn’t mean all doctors have to be serious all the time.

We’ve collected a list of random doctor acts of humor, to prove that even doctors like to have fun once in a while. From funny signs placed in their offices, to doc’s just goofing around, these awesome doctors clearly know the best medicine is laughter. 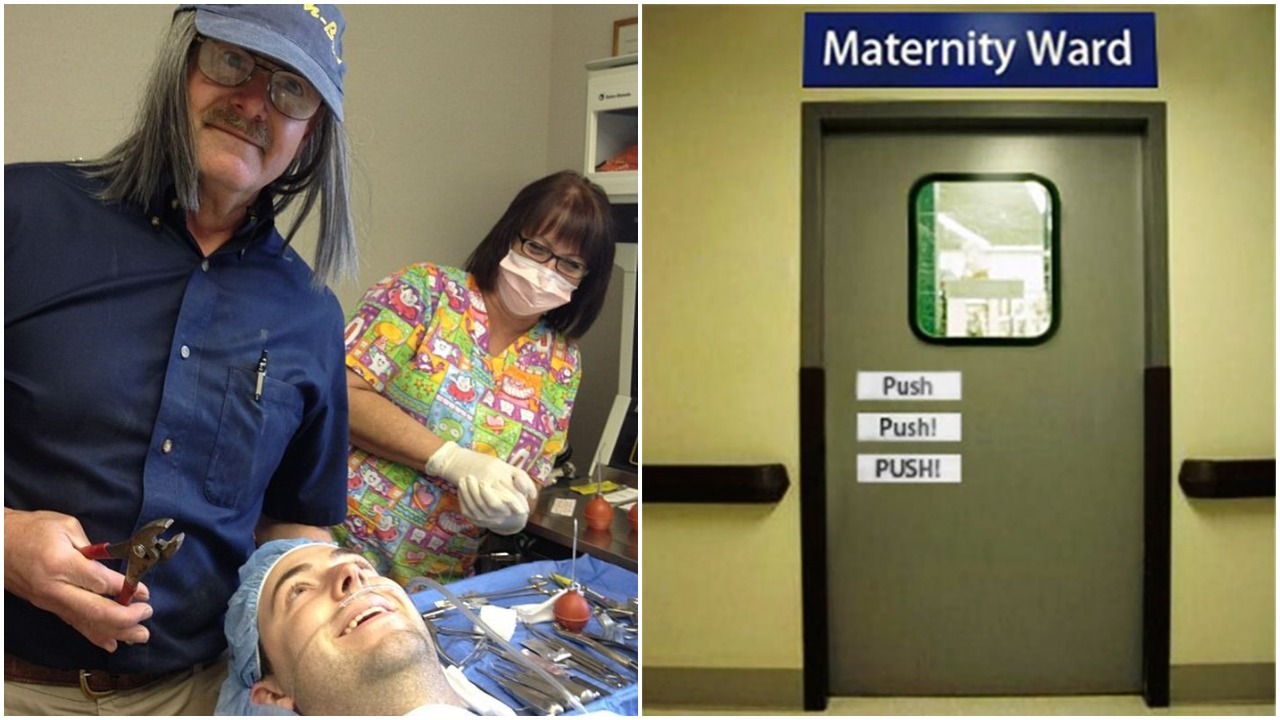 They say laughter is the best medicine. While it may, at times, seem like a particularly useless and patronizing platitude, in some cases it’s actually true. After all, these doctors clearly think so – and they should know best, right? Yes, these medical professionals will have you in stitches. Metaphorically, anyway… 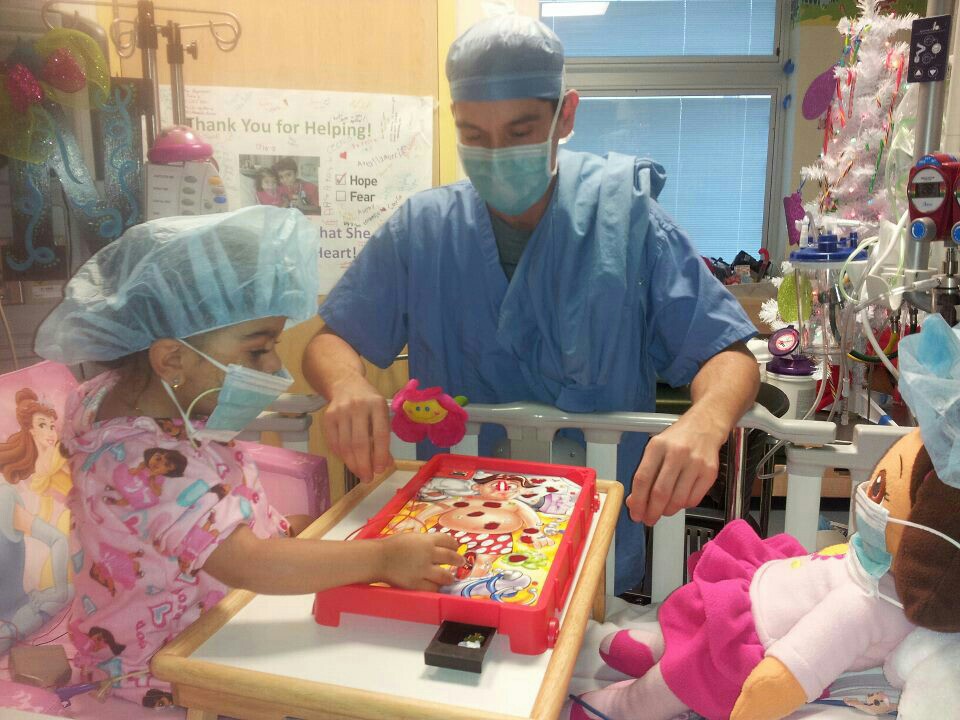 Playing Operation in a hospital is either ridiculously poor taste or a genius piece of themed downtime. For this poorly two-year-old, however, it’s most certainly the latter. Thankfully, her doctor knew just how to take her mind off her surgery. Sort of. 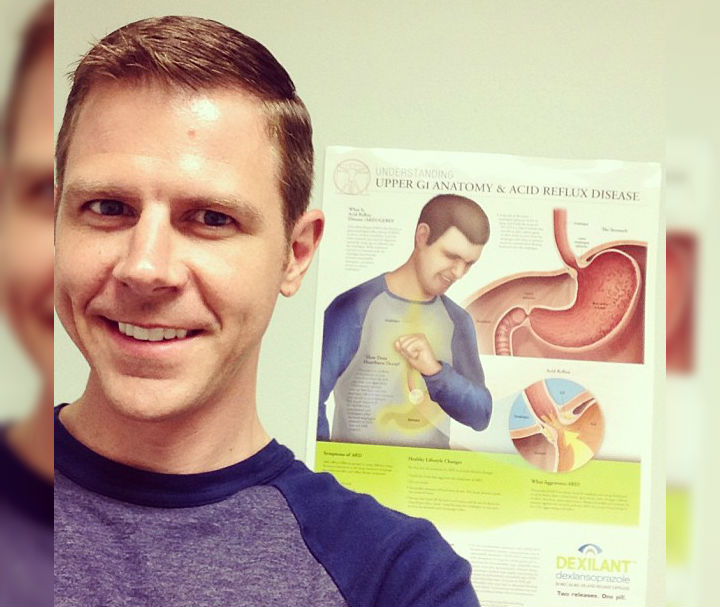 When you spend your entire day staring absent-mindedly at a poster on your office wall, you’re probably going to notice when one of your patients looks exactly like the guy pictured on it. Which, of course, is exactly what this guy’s doctor did. Still, it’s a good thing they both had a sense of humor… 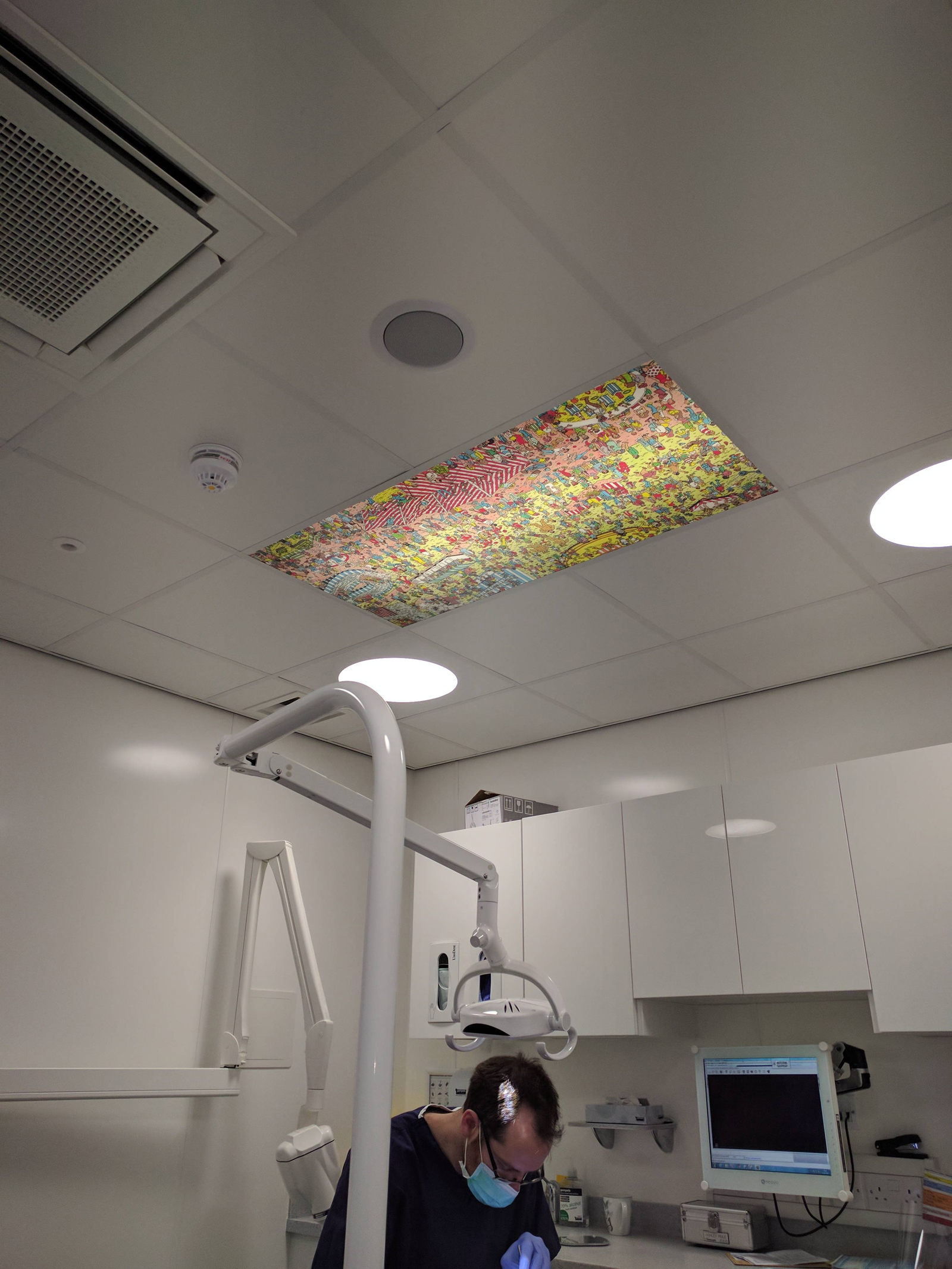 Lying on your back while someone rummages around inside your mouth is stressful enough as it is. Handily, this dentist came up with an inspired solution. Yes, that’s a Where’s Waldo puzzle on the ceiling. Distraction is the key. 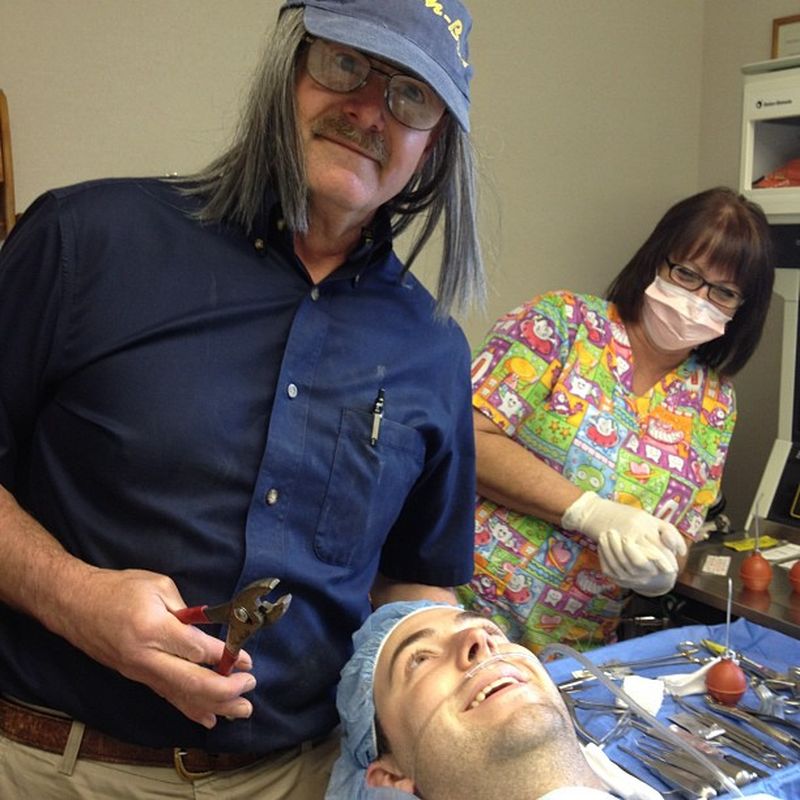 If your dentist promises to take a hilarious photo of you while you’re under anesthesia, you better believe he’s going to do it. Well, he will if he’s anything like this cheeky chap, anyway. What’s more, you just can’t argue with how funny the final result is. 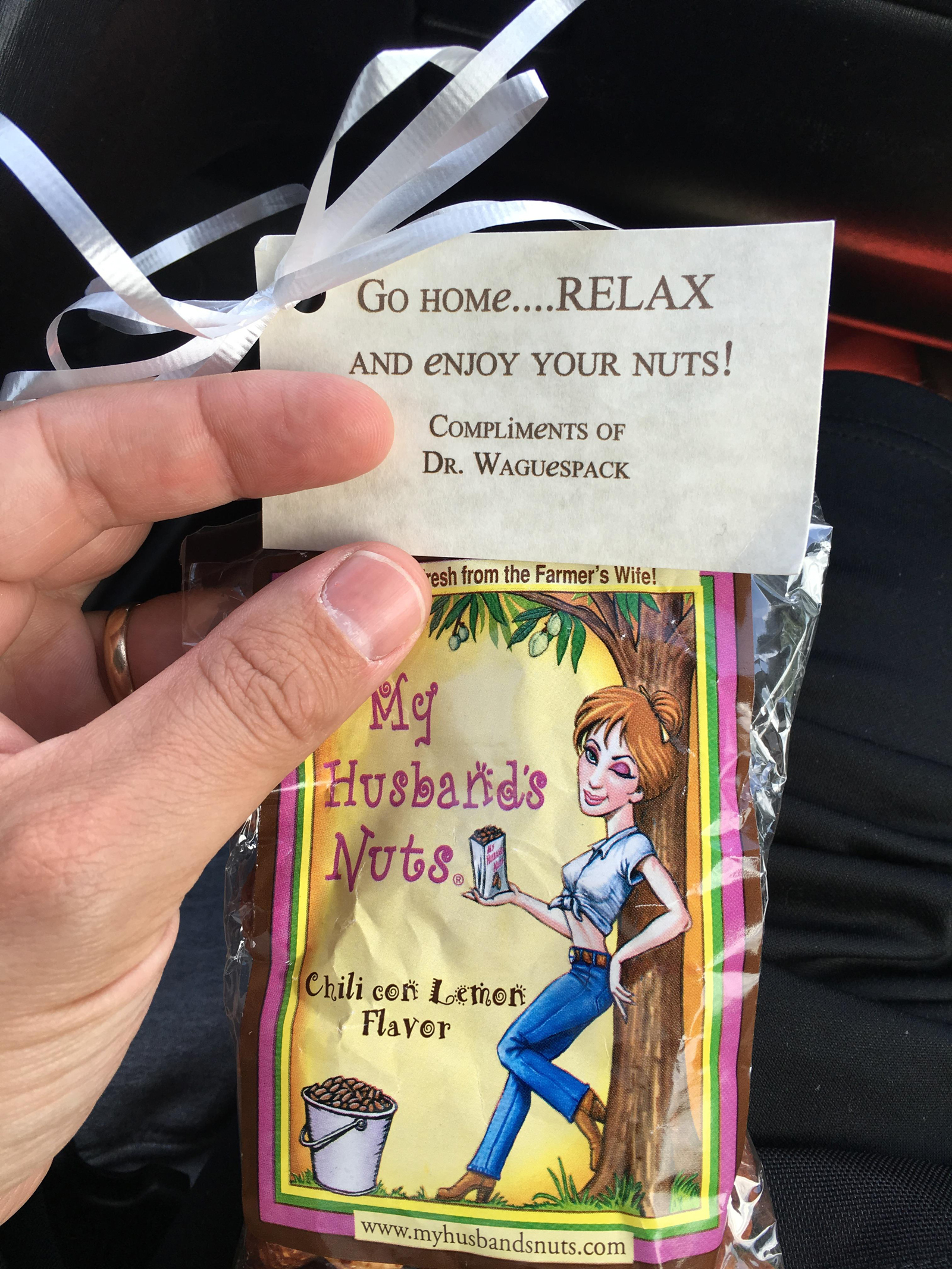 So, can you guess which surgery the patients who received these had just undergone? If you answered “vasectomy,” then congratulations: you’re not only correct, but also have the same warped sense of humor as this doctor. Still, it’s wise not to take these life-changing decisions too seriously, right?