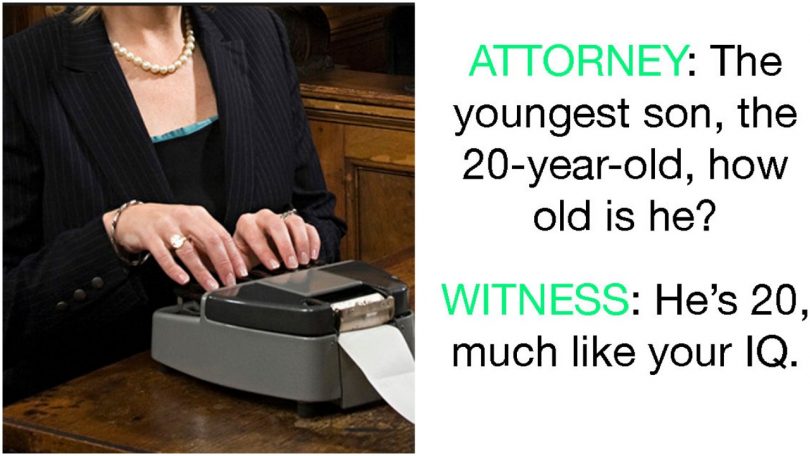 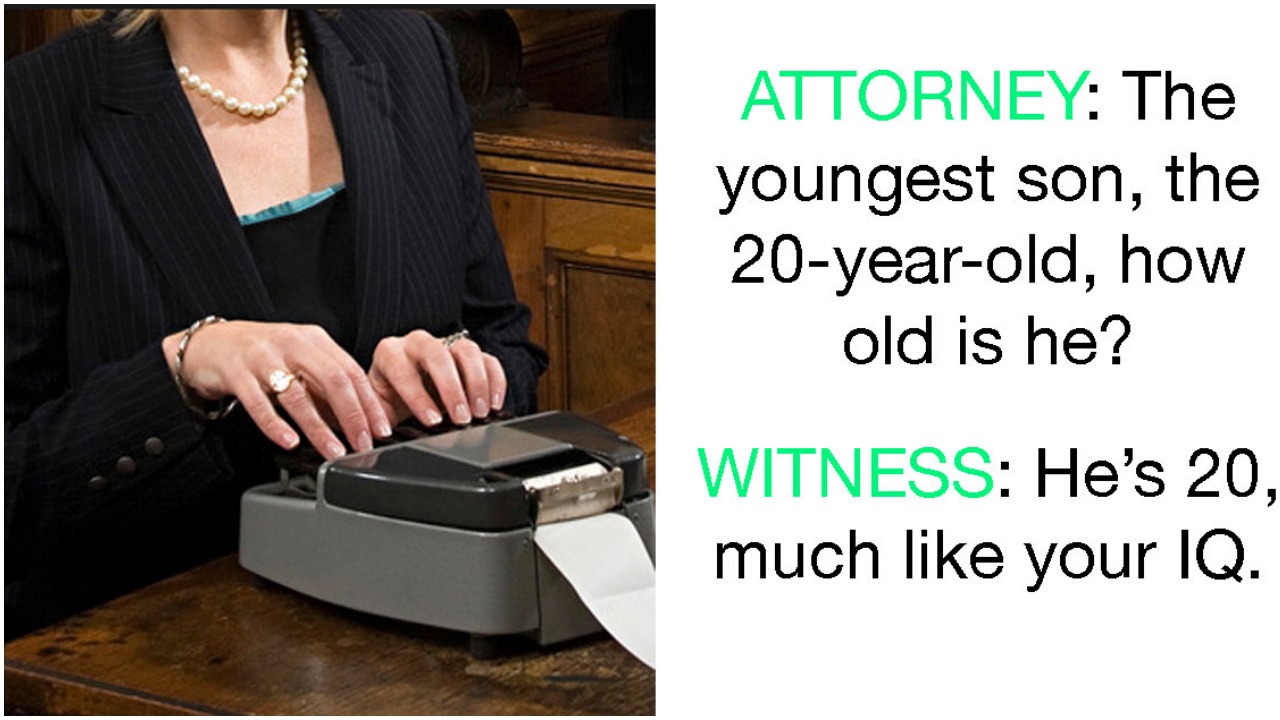 With all the custody battles and criminals being subjected to the judgement of Lady Justice, it’s unsurprising that a courtroom is meant to be a pretty serious place. Courtroom dramas like the television series Law and Order or the Aaron Sorkin film A Few Good Men aim to show off the high-tension, high-stakes atmosphere inside a courtroom, but television shows such as Judge Judy or Divorce Court show that a courtroom can sometimes be a place of levity, or even unintentional hilarity.

Everyone in a courtroom is human, and as a result, they’re all susceptible to succumbing to pressure and saying some completely and utterly ridiculous things and unfortunately, the court stenographer is on hand to immortalise their stupidity forever. Charles M. Sevilla has put together some of those insane exchanges in a book called Disorder in the Court, and you can have a look at some of the most hilarious soundbites from it below.

ATTORNEY: How was your first marriage terminated?

ATTORNEY: And by whose death was it terminated?

LAWYER: Now sir, I’m sure you are an intelligent and honest man–

WITNESS: Thank you. If I weren’t under oath, I’d return the compliment.

3) Some questions are just too complicated

LAWYER: When he went, had you gone and had she, if she wanted to and were able, for the time being excluding all the restraints on her not to go, gone also, would he have brought you, meaning you and she, with him to the station?

OTHER LAWYER: Objection. That question should be taken out and shot. 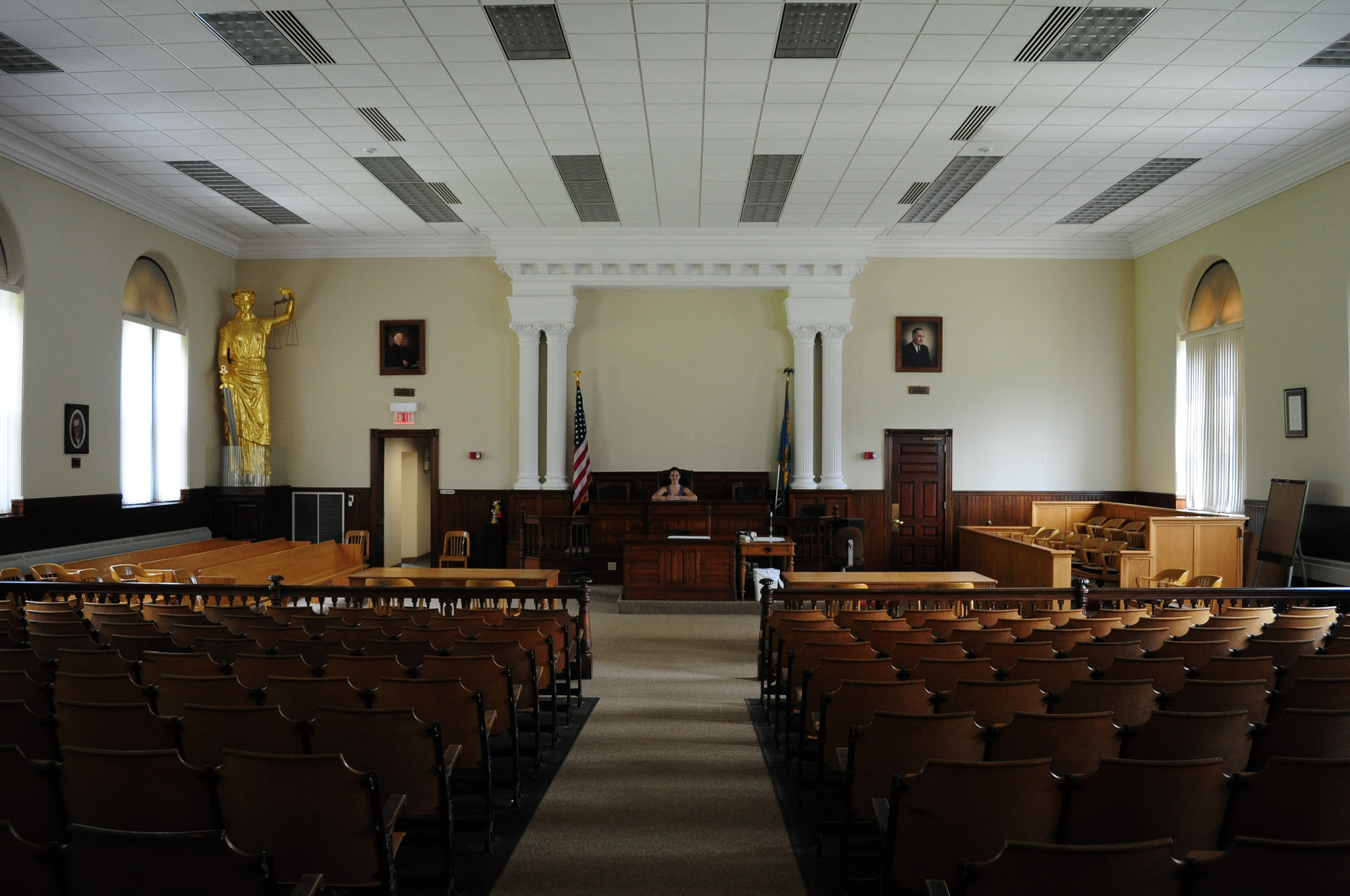 4) There’s never a reason not to make a pun

LAWYER: Doctor, did you say he was shot in the woods?

WITNESS: No, I said he was shot in the lumbar region.

ATTORNEY: ALL your responses MUST be oral, OK? What school did you go to?

6) To be fair, those headlights are pretty flashy

LAWYER: Trooper, when you stopped the defendant, were your red and blue lights flashing?

LAWYER: Did the defendant say anything when she got out of her car?

LAWYER: What did she say?

WITNESS: ‘What disco am I at?’