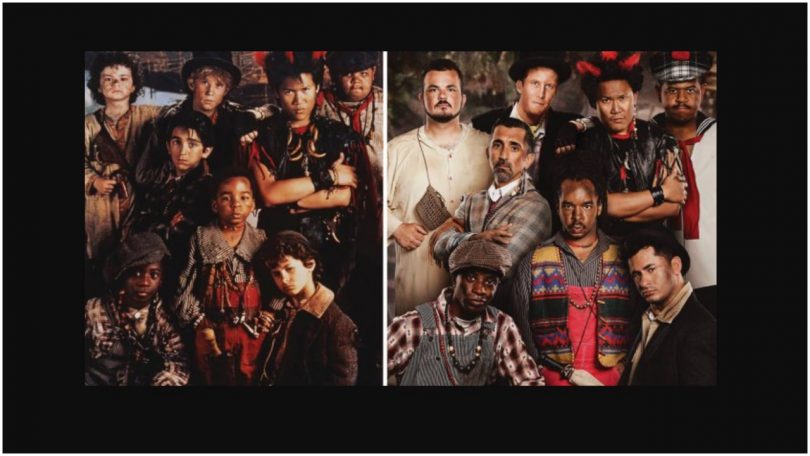 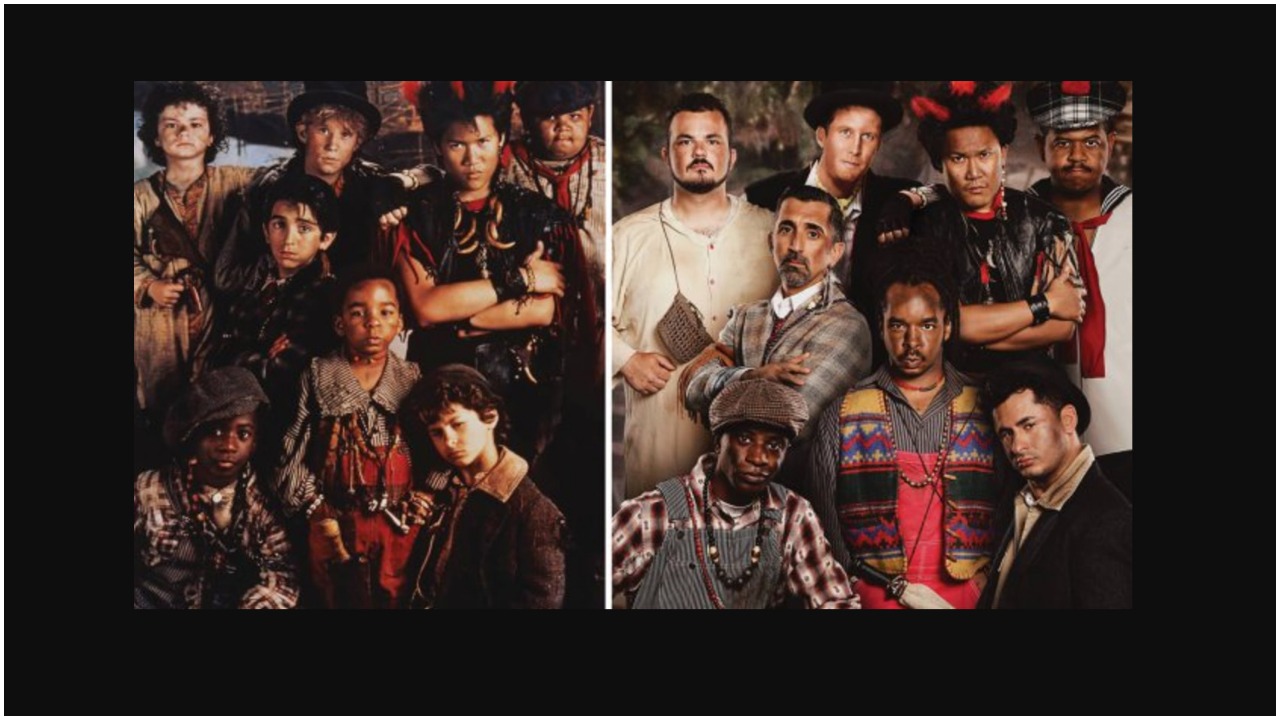 When the cast of a beloved movie or TV series reunites years after the credits stop rolling, time stands still for a moment, and fans can’t help but get a little emotional.

The old castmates of Lord of the Rings recently had dinner together 15 years after the release of their first film together, and their group selfies made Instagram users lose their absolute minds. In 2014, the cast of Mean Girls broke the Internet with a photoshoot to mark the 10th anniversary of their legendary drama. Whether these monumental meet-ups make your heart skip a beat, or make you feel ancient enough to be somebody’s great-grandparent, they’re a fascinating look at how the stars change over time. We’re looking at you, Lindsay Lohan.

Have a scroll through some of our favourite celeb reunions below, and try to figure out who’s older – you, or them. 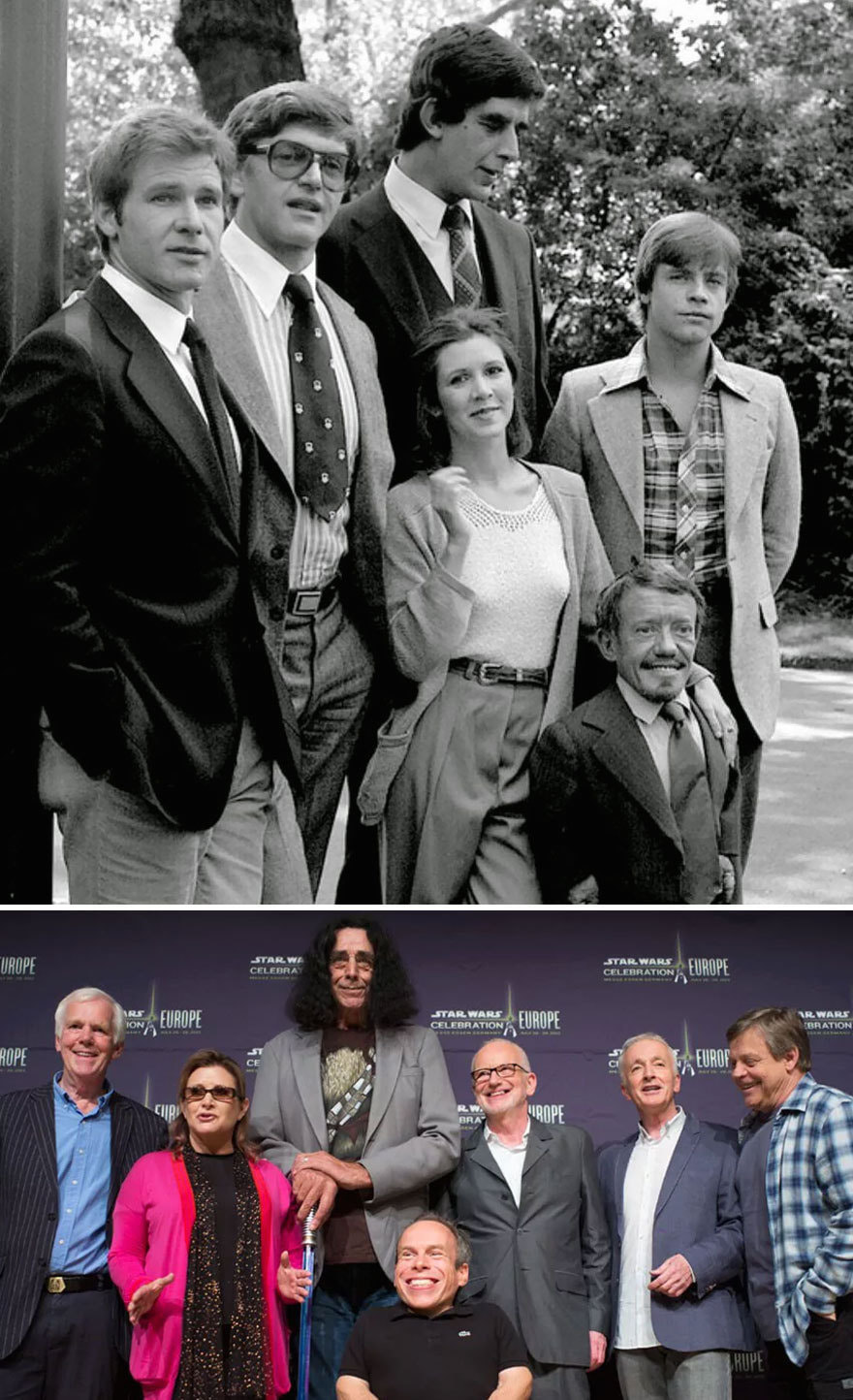 In 2013, all of our favorites from the Star Wars cast got together! Even Chewbacca was there! Rest in peace Carrie Fisher, there is a disturbance in the force without you. 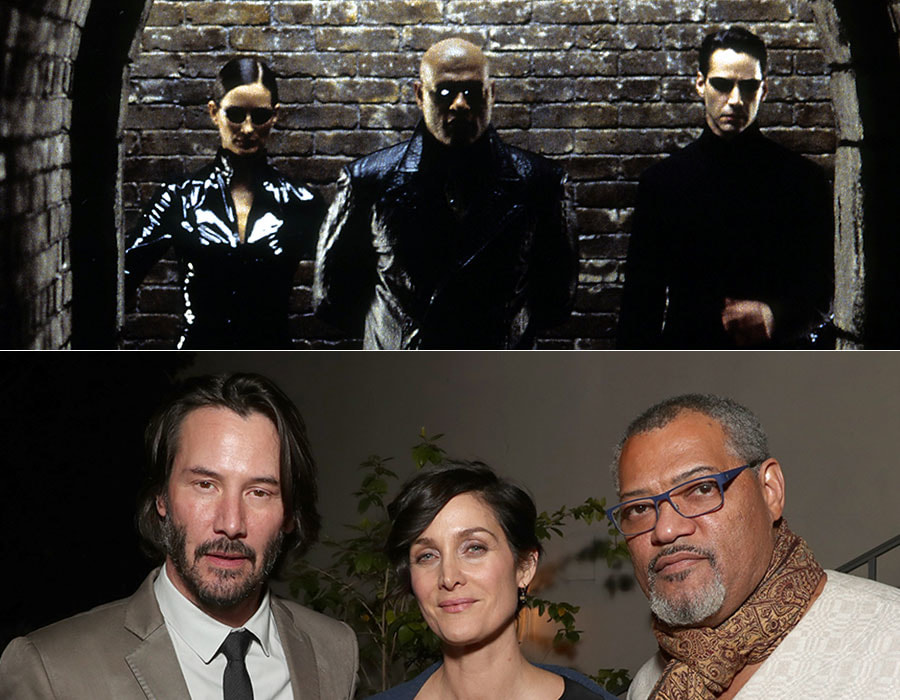 This year, the John Wick 2 premiere also included a Matrix reunion. Laurence Fishburne also starred inJohn Wick 2 after he told Keanu that he was a fan of the first film.

“It was so cool to have a chance to work with Laurence Fishburne again, with the history that we have professionally and personally,” Reeves told EW. “I ran into him, and he was saying that he was a fan of the first film, and was there anything in the second film. I said, ‘As a matter of fact there is!’” 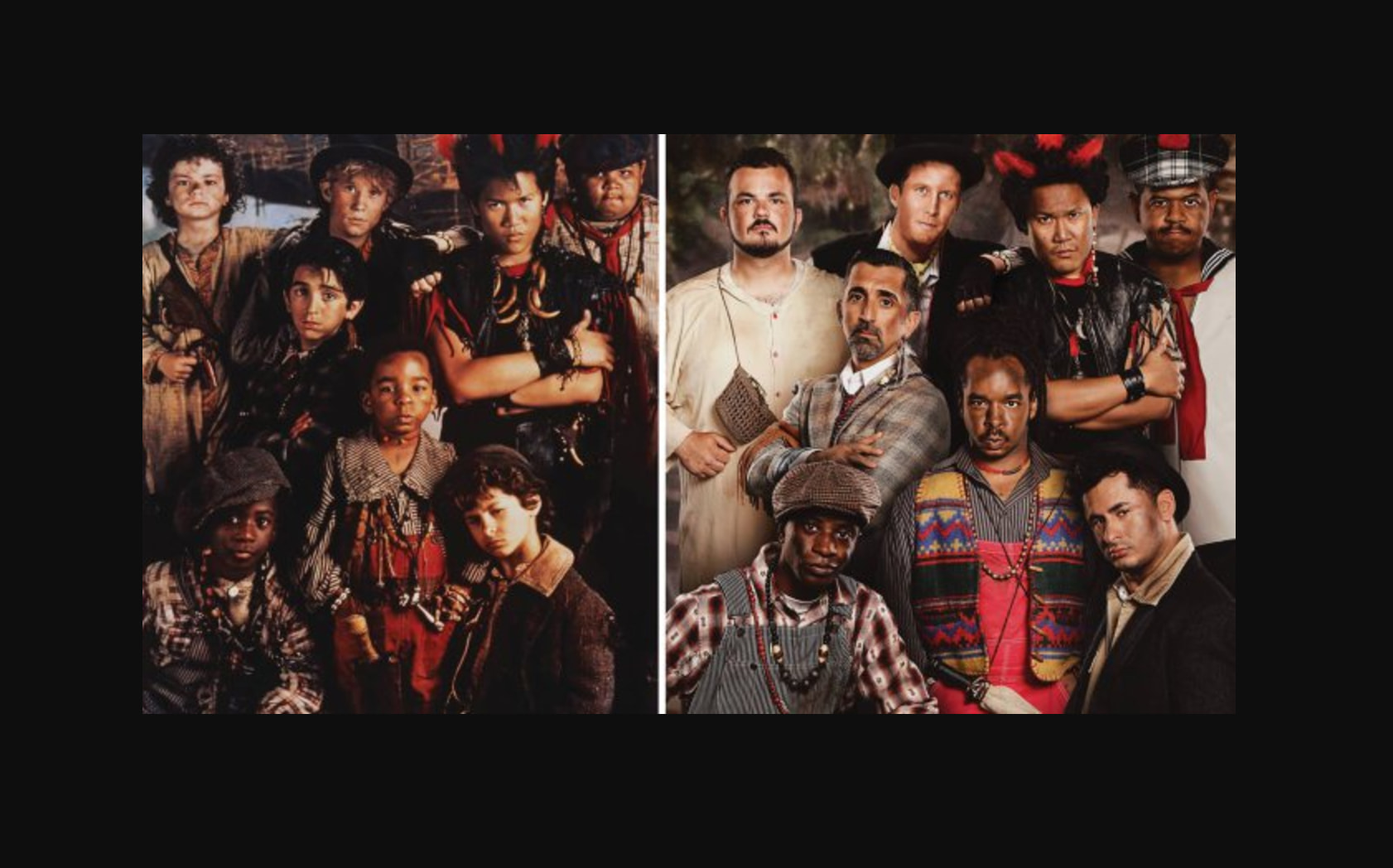 It looks like Rufio is all grown up! In 2016, the cast of Hook got together 25 years after the movie originally came out. Feeling old? Yea me too. 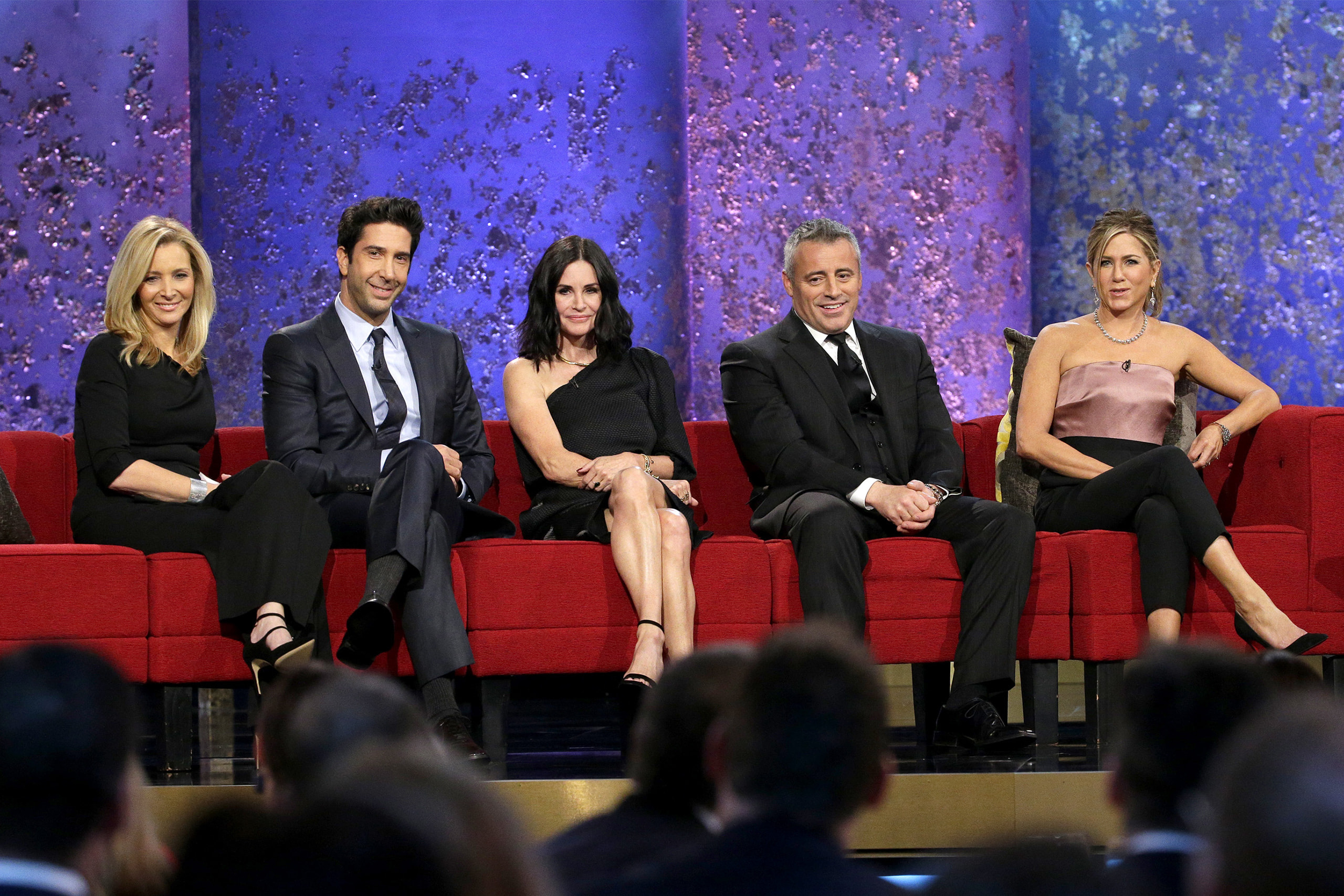 In 2016, the cast of Friends got together to honor TV director James Burrows. The reunion was lackluster at best and we were all bummed that Matthew Perry was a no show. Apparently the cast had their own secret reunion without us in February and we weren’t invited. 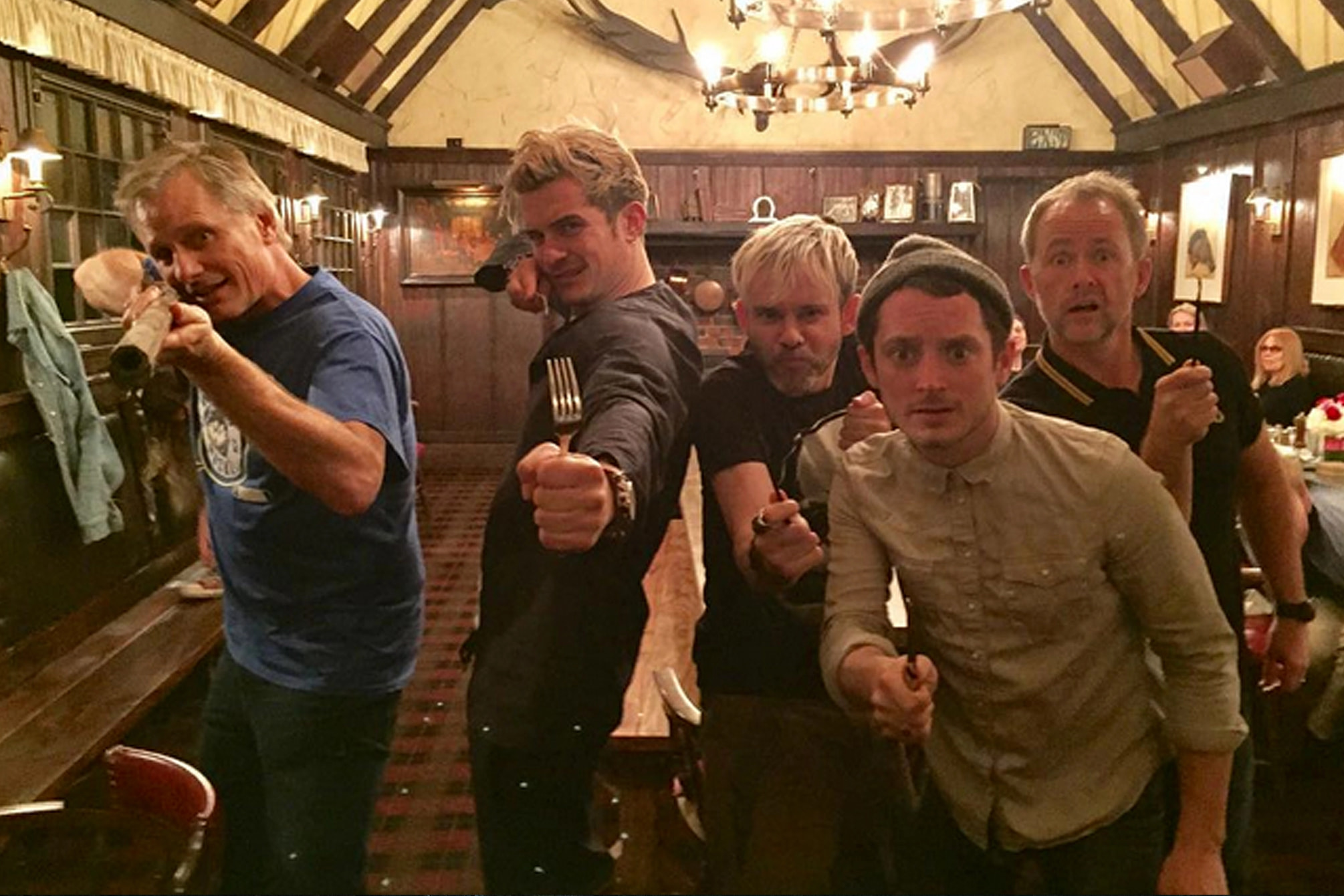 It’s been 15 years since The Lord Of The Rings: Fellowship Of The Ring first came out. And 15 years later, it looks like the boys are still buddies. This year Dominic Monaghan’s who played Meriadoc Brandybuck, posted this picture on his Instagram with Billy Boyd, Elijah Wood, Orlando Bloom and Viggo Mortensen. 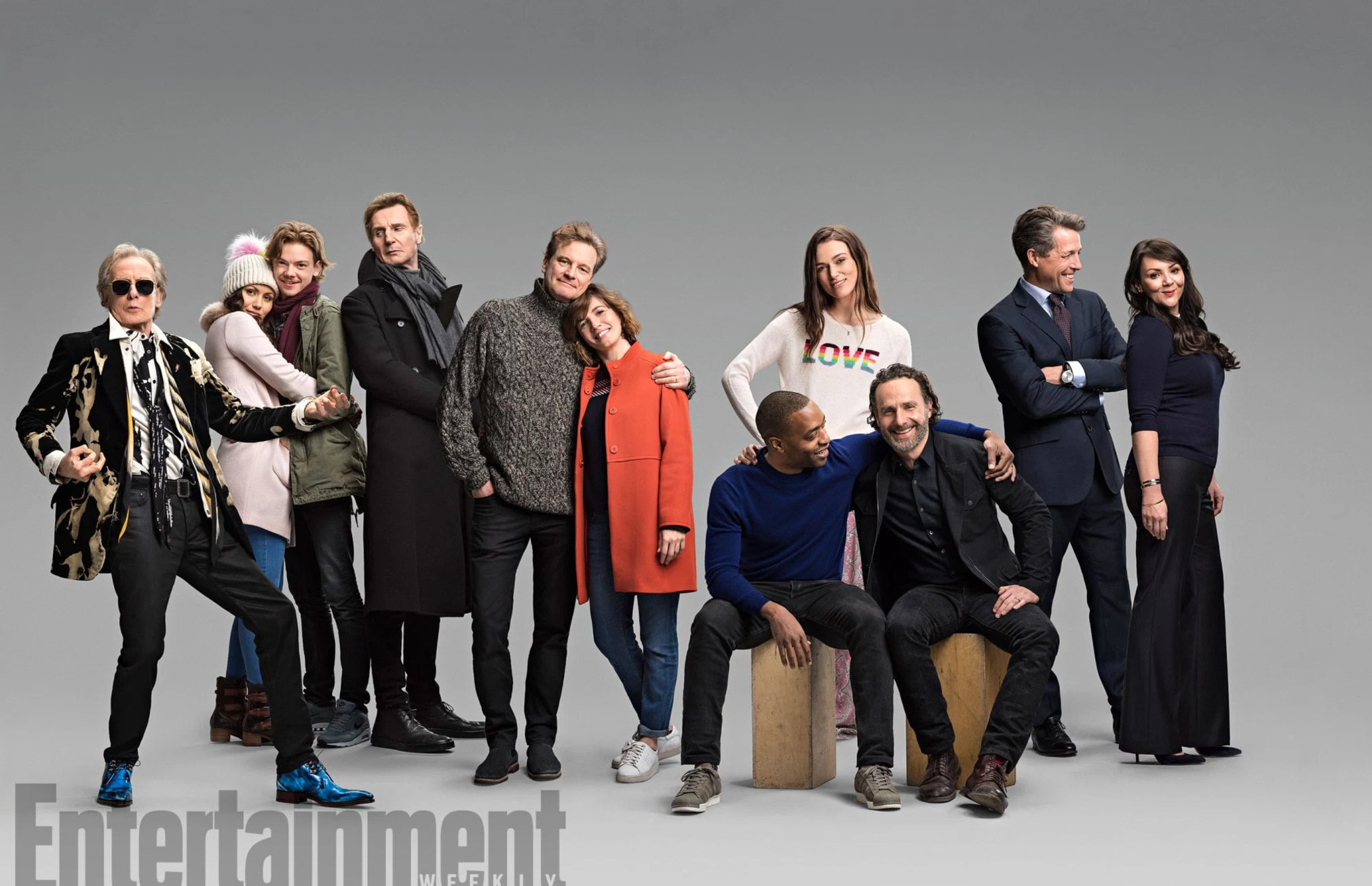 A few weeks ago, the cast of Love Actually got together for Red Nose Day. And As Hugh Grant said in Love Actually‘s opening scene, “Love actually is all around” and this pictures shows just that. Sorry, I had to do it.