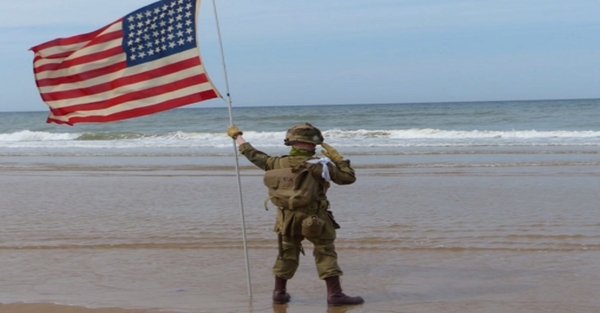 The wind nearly whipped the flag out of his hands, but he kept it still, even when the tidal waves came rushing his way. He held it proud, he held it strong, and without any thoughts toward himself. His father watched him standing there in the sand for an hour and a half, staring into the distance with one thing on his mind. It was the single thing that kept his stamina alive, and it was thanks for all the soldiers who had fought for our freedom. 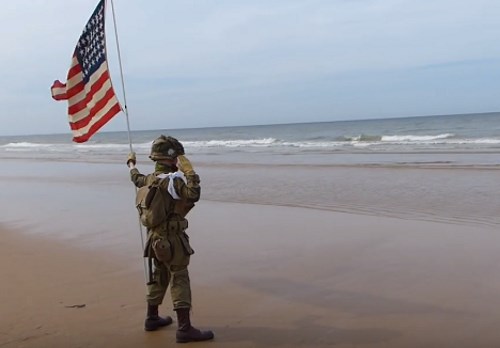 The 11-year-old boy and his father went out to Omaha Beach on D-Day celebration, and through it, millions have been touched and honored by it. Though just a child, he displayed a deep respect that all the people who passed by will never forget. Some stopped to snap a picture as a simple remembrance, while others tried to break his silence. Soon, he would even be aired on television. But out of all the passerby’s, there was one who had the heart to join him in the same kind of thankful spirit. It was a man and his trumpet. 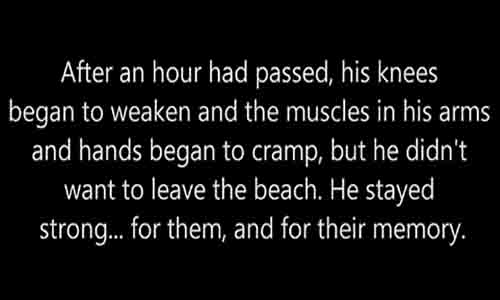 It was a tribute which continues to touch all those who see. When the boy felt in his heart that it was time to say goodbye, he raised his hand high to the sky to show his honor and respect. It completed his journey there in a truly beautiful way.